WATCH: "Fun Mom Dinner" was made by women, and it was "glorious" on set

Salon talks to the stars and makers of the new comedy about female bonding, "Fun Mom Dinner" 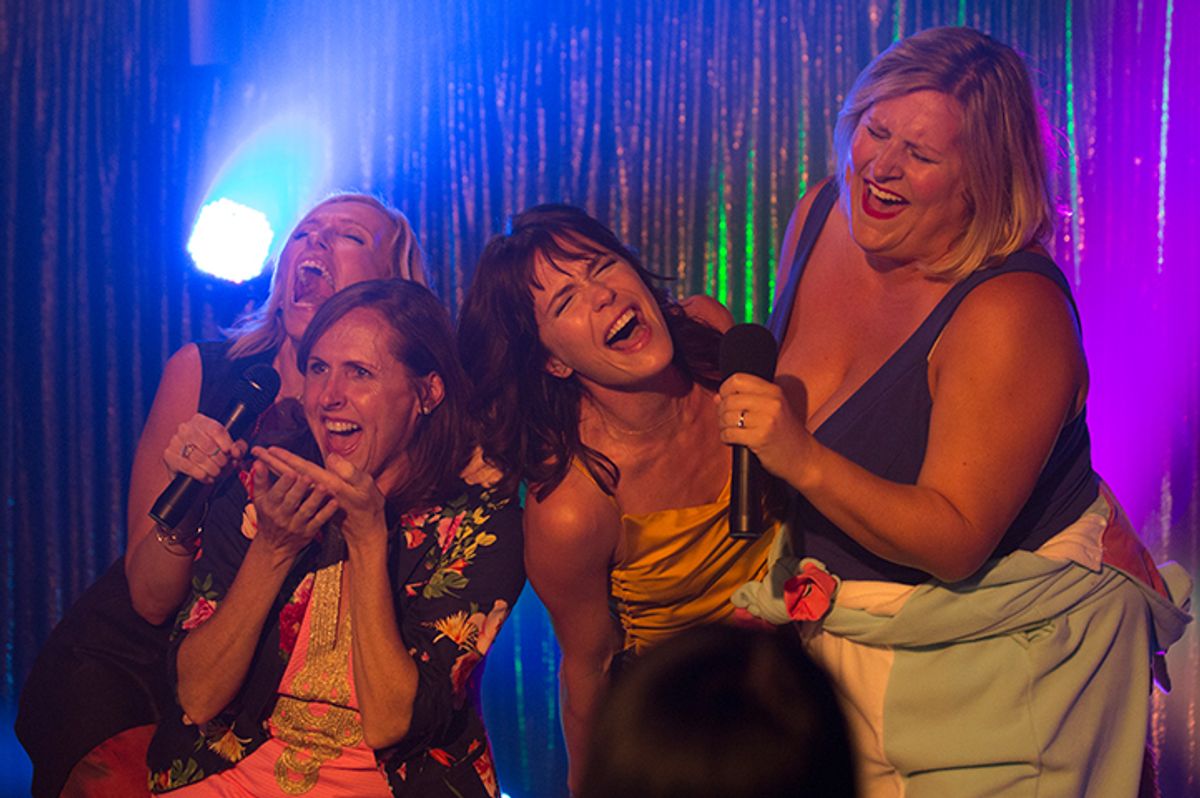 When you put four moms whose only common ground is their kids and preschool class together for a ladies' night out — a "Fun Mom Dinner" — hijinks abound. In the new film by writer Julie Rudd, the night begins as a discordant mess of conflicting personalities, but when the women throw in booze, karaoke and a cute bartender ("Maroon 5's" Adam Levine), the post-dinner actually becomes fun. In this story about modern sisterhood, by the wee hours of the morning these very different women realize they actually have more in common than kids and husbands.

The cast and director spoke to Salon recently about how working with a nearly all-woman cast and crew made the filmmaking as fun as the dinner was supposed to be.

"'Fun Mom Dinner' was populated by so many women both in front of and behind the camera," director Althea Jones wrote in the film's press materials. "What made me happy about this is that it wasn't some kind of deliberate mandate, we simply chose the best people for the job. On the last night, I turned around . . . and it was just full of women, all huddled around the monitors focusing intently on the scene. I got a little emotional. I'm not used to working with so many women and it was kind of glorious."

The actresses in the film, Toni Collette, Katie Aselton, Molly Shannon and Bridgett Everett, all of whom are principally comedic actresses, thought about working with women and if it's true that it changes the atmosphere on set.

"I think it's super warm and comfortable, relaxed and at home," said Everett, who also appeared in "Trainwreck." "I haven't really felt like that before."

"There was never an angry outburst," added Aselton, who stars in FX's "The League."

Collette, whose career has spanned several decades since her break-out role in "Muriel's Wedding," agreed. "It was a really great experience, and a lot of talented, 0bviously smart women who were great communicators. It was a very shared experience."

Watch our conversation for more on "Fun Mom Dinner."