White House comes out for "clean" debt ceiling raise, but some Republicans aren't on board

The debt limit needs to be raised by the end of September, but some Republicans want to include spending cuts 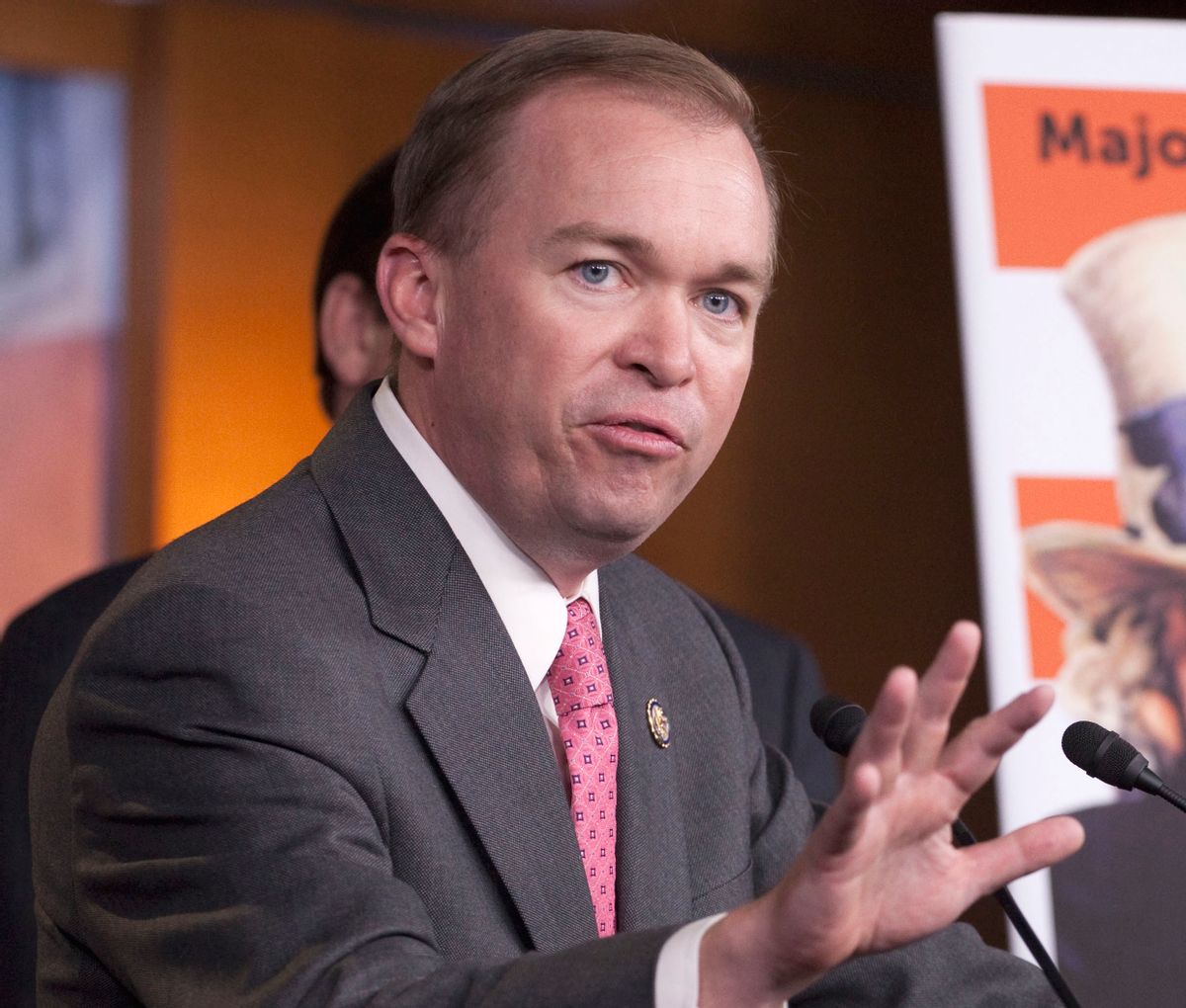 President Donald Trump's budget chief said that the White House supports Treasury Secretary Steven Mnuchin's calls for a "clean" debt ceiling increase, and the Democrats have indicated they were willing to help the GOP pass the legislation by the end of September, but difference of opinions within the Republican party poses a threat.

"Steve Mnuchin speaks for the administration when it comes to the debt ceiling," Mick Mulvaney, the director of the White House Office of Management and Budget, said on Tuesday, according to CNN. "You've heard that out of the president's mouth. I respect that; in fact, I think it's the right way to do it."

While Senate Majority Leader Mitch McConnell, R-Ky., and House Speaker Paul Ryan, R-Wisc., support the "clean" raise, many Republicans don't support it and want to include "spending cuts or fiscal reforms — the same demand they made repeatedly during Barack Obama’s two terms," according to Politico.

Republican leaders will need assistance from Democrats, who support the debt limit raise, but remain skeptical of GOP intentions. "Democrats don’t want to risk defaulting on the debt," Politico reported. "But they’re also concerned that after offering up their votes to Republicans to clear the debt ceiling hurdle, Republicans will promptly turn around in October and pass tax cuts that could balloon the deficit and disproportionately benefit the wealthy."

Senate Finance Committee Chairman Sen. Orrin Hatch R-Utah, said it's an issue not worth messing with. "We shouldn’t even play with that. It should just be 'clean,'" he told Politico. "Some conservatives think they can get some programs cut. Well, that’s not gonna happen … We have to pay our bills and anybody who doesn’t want to do that doesn’t deserve to be here."

Other Republicans have expressed the opposite, such as Sen. James Lankford R-Okla., who simply said "no" regarding a "clean" debt limit raise.

Conservatives in the House Freedom Caucus have made demands to support a debt increase, including steep cuts to mandatory programs. But GOP leaders under their current strategy will, in essence, ignore conservatives because they can’t give them what they want and expect it to clear the Senate’s higher, 60-vote threshold.

The Freedom Caucus appeared firm in their stance to include other measures along with the hike, and tweeted on Friday that "there's no excuse" to raise "the debt ceiling without spending cuts and reforms."

Congress doesn't have much time to debate the issue as Mnuchin has said that in order to avoid a major financial crisis the limit must be raised by September 29 or the government will default. However the Senate also left for recess on Thursday night, and both chambers of Congress won't be back in session until labor day, with only 12 scheduled joint days of working together.