Other servicemembers on board were rescued, but a search mission continues for three marines 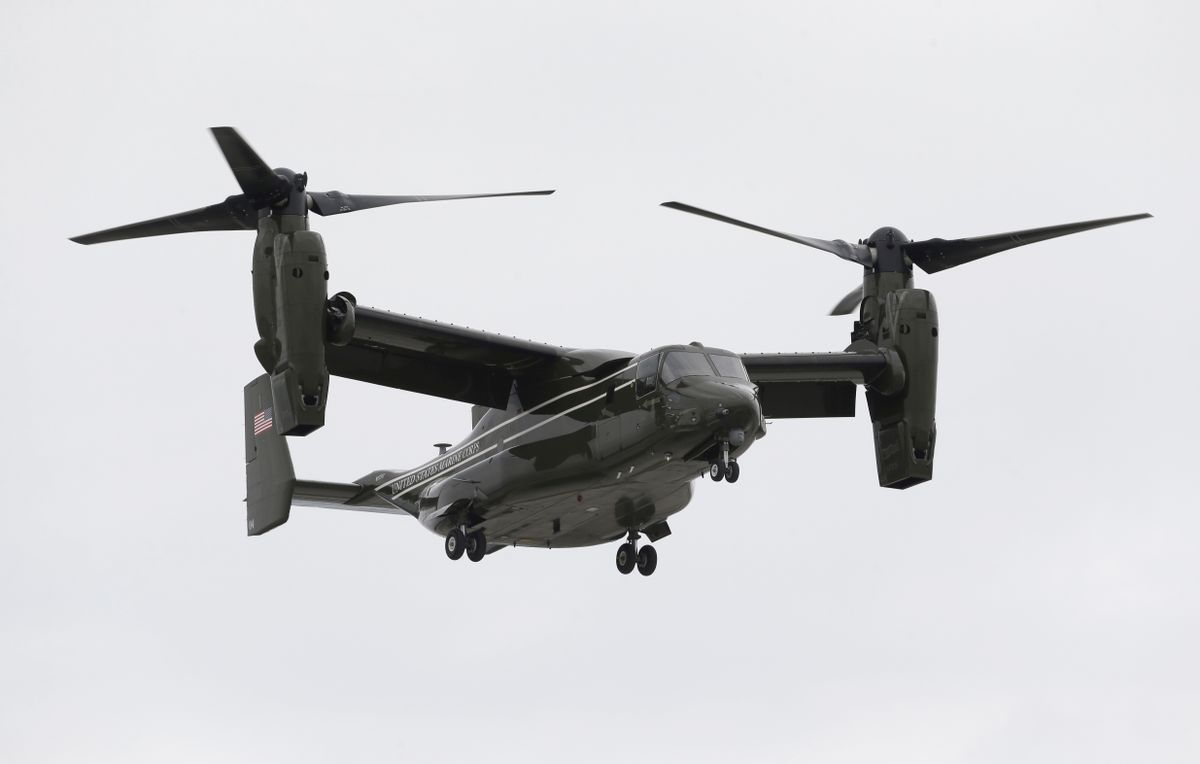 In this April 22, 2015 photo, a Marine Corps MV-22 Osprey comes in for a landing at Miami International Airport before a presidential visit, in Miami. A fatal crash of a U.S. Marine Corps aircraft in Hawaii has renewed safety concerns in Japan, where more of the Ospreys will be deployed. (AP Photo/Wilfredo Lee) (Wilfredo Lee)
--

Three U.S. Marines were announced missing following an aviation "mishap" off the east coast of Australia on Saturday. The U.S. Marine Corps said that a search and rescue operation was currently taking place, however 23 other servicemembers on board were rescued, according to Reuters.

"The aircraft involved in the mishap had launched from the USS Bonhomme Richard (LHD 6) and was conducting regularly scheduled operations when the aircraft entered the water," the statement said, Reuters reported. "The ship's small boats and aircraft immediately responded in the search and rescue efforts."

The aircraft, a tilt-rotor MV-22 Osprey, had a total of 26 people on board and one was taken to the hospital. Further details were not made available at this time, and the crash is currently under investigation, Reuters reported. According to a statement from Australia's defense minister, there were no Australian Defence Force members onboard the aircraft.

The search and rescue mission is being carried out by "small boats and aircraft from the 31st Marine Expeditionary Unit and Bonhomme Richard Expeditionary Strike Group," according to CNN. A White House spokesman said that White House Chief of Staff John Kelly has informed President Donald Trump about the incident.

This is the second non-combat incident involving the U.S. military in recent months. In June the USS Fitzgerald collided with a container ship near Japan and seven U.S. Navy sailors were missing and later pronounced dead after their bodies were found inside the ship.

According to Reuters, Osprey's have also been involved in multiple incidents in prior years.