Al Gore: "There are a lot of coastal cities that are going to face a real danger"

On "Real Time" the former vice president discussed his new film, and the increasing dangers of climate change 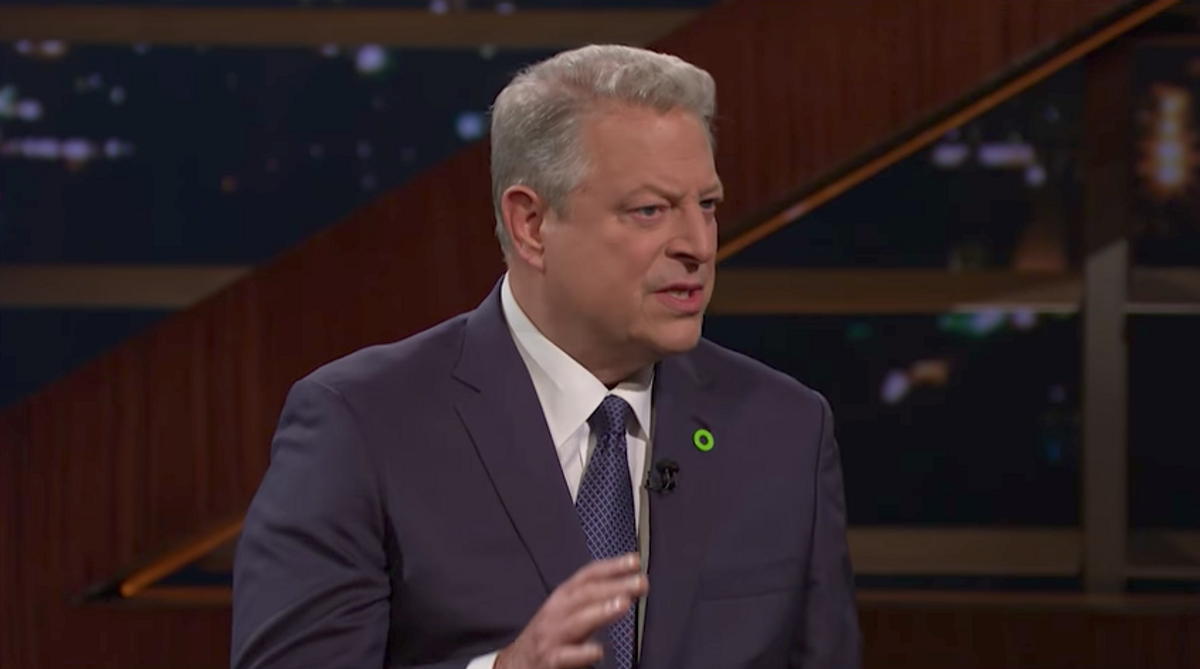 Former Vice President Al Gore was a guest on Bill Maher's "Real Time" on Friday night to discuss climate change as well as promote the sequel to his Oscar-winning film, "An Inconvenient Truth."

Maher asked Gore about Earth's "tipping point" and how close that possibility is. "Well, people mean different things by the phrase," Gore said, noting that "the most important meaning" is whether or not "we have crossed a point of no return where this things spins out of control," he explained.

According to Gore scientists have said we have not reached that point yet and "we can still avoid the most catastrophic consequences if we start acting boldly now, and we have begun to start." However Gore said that there have been some, smaller "tipping points" that have been passed.

The former vice president explained that "a very large part of the West Antarctic ice sheet" is going to be gone regardless of what people do. Gore said that the news impacted him because "it does mean that there's going to be considerable sea level rise." However he explained that further damage was still manageable.

Maher said that when sea levels rise the world could lose coastal cities or even Florida, "and who would know better about losing Florida?" Maher joked, referencing the controversy between Gore and former President George W. Bush during the 2000 election.

"Actually I think I carried Florida," Gore fired back in jest. "There are a lot of coastal cities that are going to face a real danger."

Gore discussed the possible ramifications but said that the "big danger is for poor people in places like Bangladesh, Kolkata and Mumbai."

Maher referenced President Donald Trump's recent rally in West Virginia, and his promises to bring coal mining jobs back to America. Gore said that while Trump won't be able to bring back those jobs due to because of mechanization and cheap natural gas, there is still "an obligation" to help train and give those workers further opportunities.

"The world is moving on," Gore said, "but we owe it to people who are hurt by the transition to give them the opportunities that they need to find new and better jobs."

Gore's new film "An Inconvenient Sequel: Truth to Power" was released on July 28.