Breaking up with my parents

I hadn't planned on it being the last time I would speak to my father, or that I would very soon say goodbye to mom 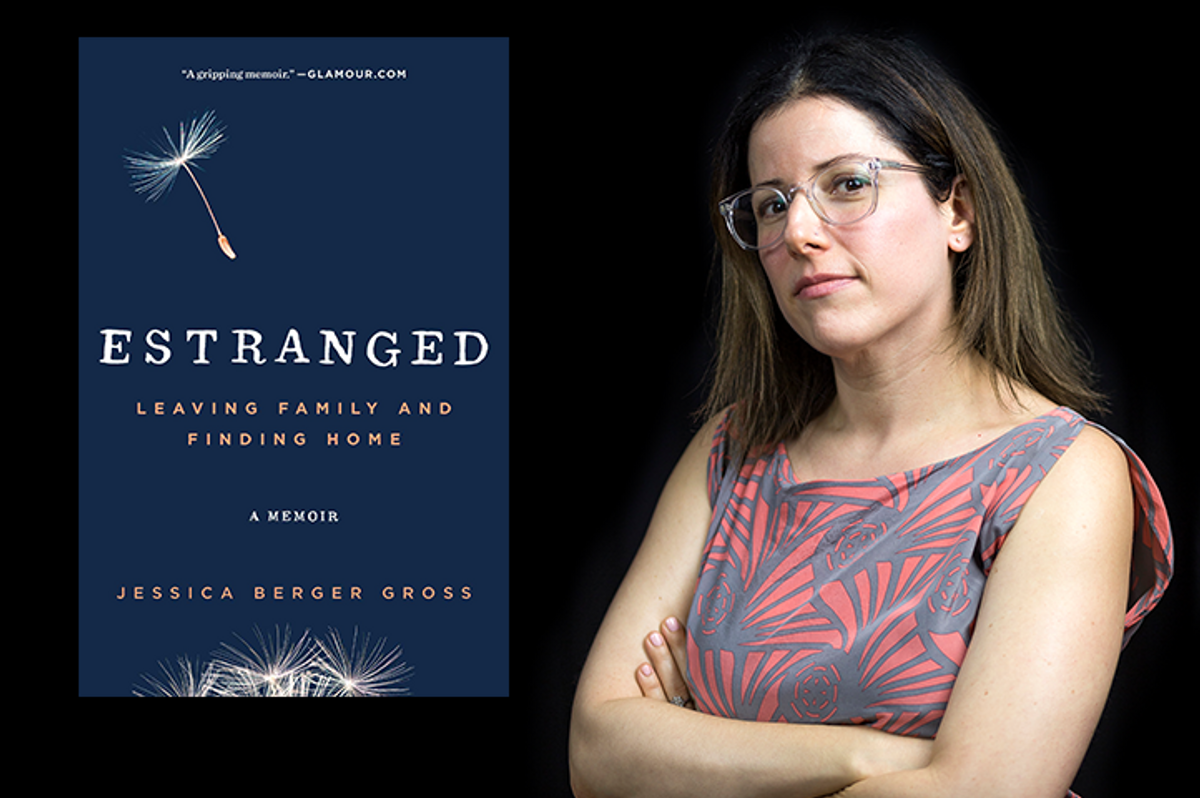 I wanted them to understand how the abuse had changed me. How I had nightmares. How I woke up sweating and screaming. How lost I’d been feeling. How alone and rudderless. How I wanted a family, but not this kind. There had to be a way to make them understand that there was no excuse for hurting a child, for having hurt me. I needed them to take responsibility.

But they hedged and defended and blamed and made excuses.

After a while the three of us started to lose our voices.

“I should have gotten a divorce,” my mother eventually admitted, sighing her saddest, most exhausted sigh. Finally.

Perhaps she still could leave? she suggested. Maybe she could come live with me?

I tried to imagine sharing an apartment in the city with her now. We could take care of each other like I’d hoped we would back when my father and brothers went to Boy Scout camp. Did I owe her that? Then I came to my senses. No. I was a grown woman and finally free. Besides, she wanted to be with him. We all knew there was no longer any point in her leaving him for my sake.

Fuck. My interviews. I called my college friend Natalie. Broken and shaky from the day, I asked if I could please stay with her. She and her husband were splitting up, and she’d very recently kicked him out, but she invited me to spend the week anyway.

I hadn’t planned on never speaking to my parents again, not when I stupidly agreed to let them drive me to Natalie’s apartment in Manhattan rather than take the train with my suitcase. Not when we got stuck in Sunday-night back-from-the-Hamptons traffic, me crying in the backseat, with R.E.M.’s “Don’t Go Back to Rockville” blasting on my headphones like a teenager. Not when I hugged them goodbye outside the car and told them that I loved them.

Not even right after that, when we realized my mother had accidentally locked the keys in the car and my father screamed for me to get him some goddamn wire hangers. And when, instead of staying to help them, I ran into Natalie’s building.

Natalie had a father in real estate, a job at a magazine, and a loft apartment in the Flatiron District with a gourmet kitchen and his-and-hers bathrooms. Her wedding had been featured in a bridal magazine.

“Lock the door,” I directed when she let me in. Her apartment was better than the one on "Friends." She was giving me a tour when my father started buzzing her doorbell.

“Don’t answer that,” I pleaded. “Please!” Natalie backed away from the intercom, startled. She hadn’t realized my father was this crazy. Should we maybe call the police?

We moved to the far end of the apartment, where an enormous wall was lined with windows, and watched the action on the street below like it was a movie of someone else’s life.

My father had found some sort of a crowbar and shattered the driver’s-side window of his Subaru so that he wouldn’t have to prolong that horrible day for one minute more. The broken glass on the street looked oddly beautiful against the asphalt, like shards of diamond.

“Don’t call me” was what I’d said to my parents back when we were standing on the street saying goodbye. We had yelled and screamed and cried, and I had confronted him. But we’d done those things, to one degree or another, many times before. At least he hadn’t hit me. And my mother had taken my side. That was something. Progress, it felt like. I’d give myself a week. Maybe two. A breather. I wanted space, perspective. I needed to get through my job interviews.

That night I couldn’t stop crying. Would my father come back for me? I felt frail and frightened and unsafe. How would I make it in the world without them? I had no money, no job, and I had moved out of Martha’s to spend the summer with Neil. We were in love, but the relationship was very new, and we’d already broken up once.

Natalie filled the bathtub, lit an aromatherapy candle, and ordered takeout. She had a doorman, she reminded me. We’d be fine. Maybe she gave me something to help me sleep. Eventually I did.

I saw my mother the next morning. A coda on a street corner in Manhattan, a detail of the story I like to push away. Earlier that weekend my parents had taken me clothes shopping and bought me two interview outfits: a long skirt and matching top at Ann Taylor, and a black petite Tahari pantsuit that was on sale at a mall department store. The suit fit fine, but the Ann Taylor skirt needed hemming. It was at the tailor in Rockville Centre, which was closed on Sundays. My mother called early Monday morning and said she would bring me the skirt. No matter what had happened between us, she still worried about my looking nice for my interviews. She still loved me.

We met on lower Fifth Avenue. My mother hadn’t found a proper parking space and didn’t turn the engine off. The skirt, wrapped in dry cleaner’s plastic, hung on a hook in the backseat of her car. She was a hoarse mess; so was I. Anxious and angry, I less than halfheartedly thanked her for coming. Part of me was grateful. Part of me hated her.

I took the parcel and slammed the car door shut.

I never saw either of my parents again.