"We've had it with your constant protection of your Democrat overlords" 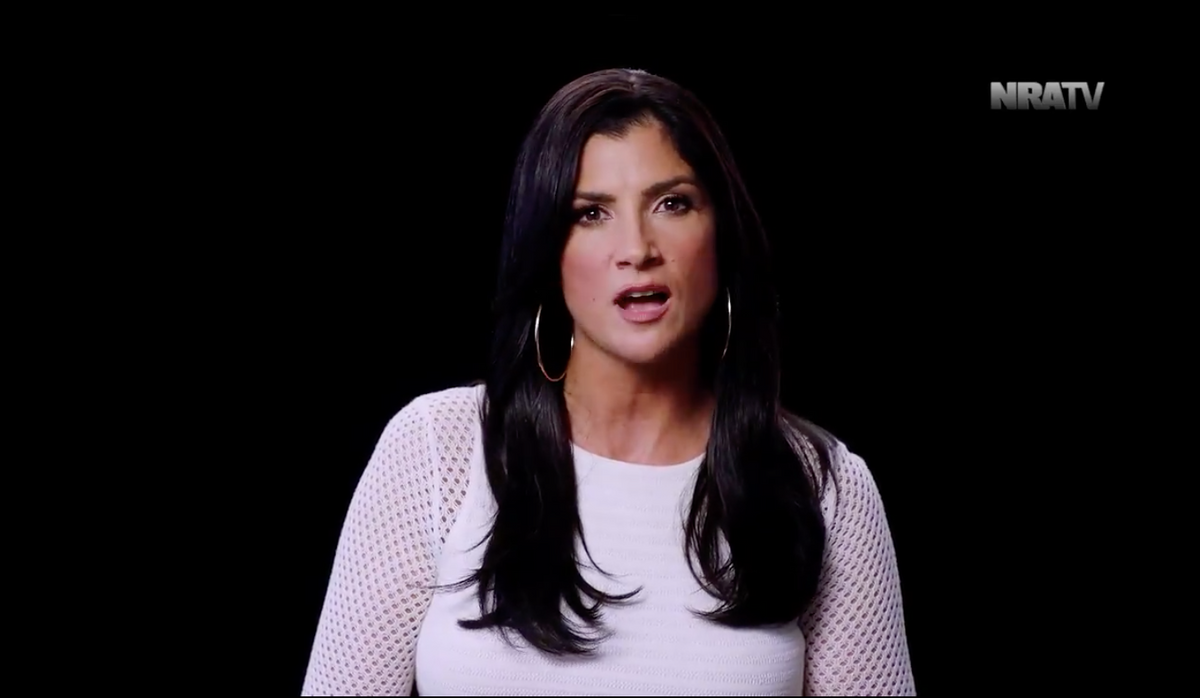 In an absolutely bizarre NRA TV commercial, conservative talk radio host, Dana Loesch, took aim at the New York Times and called the publication an "old gray hag," and criticized what she said is a "constant protection" of their "Democrat overlords." She then proceeded to get into battles on Twitter with many viewers who misinterpreted a word she used.

"We the people, have had it," Loesch angrily begins in the video. "We've had it with your narratives, your propaganda, your fake news."

"We've had it with your constant protection of your Democrat overlords," she continued. "Your refusal to acknowledge any truth that upsets the fragile construct that you believe is real life."

"And we've had it with your pretentious, tone-deaf assertion that you are in any way truth or fact-based journalism," she said of the Times.

"Consider this the shot across your bow," she continued in the video. "We’re going to fisk the New York Times and find out just what deep rich means to this old gray hag."

But Loesch's angry tone poured into Twitter when many viewers appeared to believe she said "fist" rather than the word "fisk" which is a British slang word meaning "to refute or criticize (a journalistic article or blog) point by point," according to the Huffington Post. But Loesch was quick to engage with those on Twitter who mocked what she had said, after receiving hateful messages from others.

She took her anger out on Adam Goldman, a reporter for the Times, as well as Huffington Post contributor Yashar Ali and Washington Post reporter Dave Weigel. The three had tweeted that Loesch has said "fist" but deleted their tweets and corrected themselves after she pointed out, in numerous tweets, what she had actually said.

The National Rifle Association has put out intense ads in the past as well, and used the terrorist attack in London to call for the surveillance of mosques and push for more guns.