LISTEN: Why is burning the American flag considered "speech"? 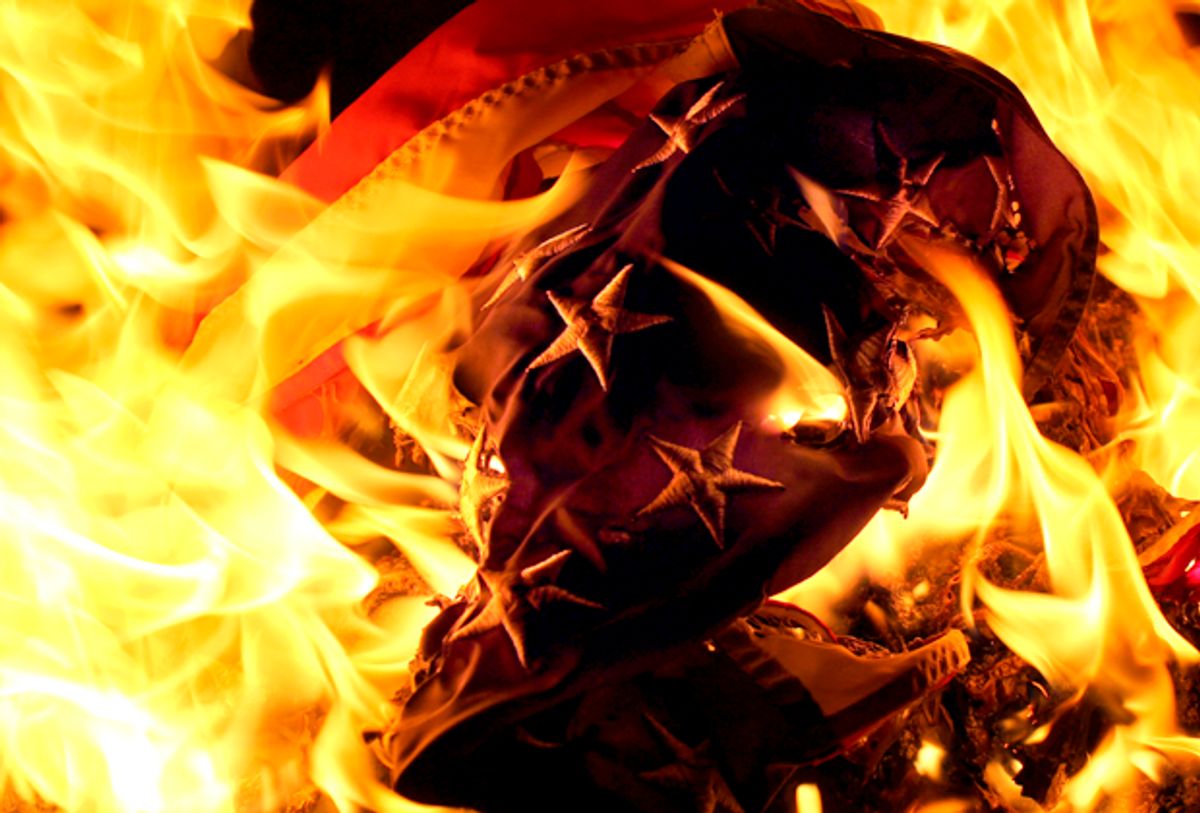 At the 1984 Republican National Convention, a young communist named Joey Johnson marched with a group of protesters through the streets of Dallas. Eventually the crowd stopped in front of city hall, where Johnson set fire to an American flag. He was arrested and convicted for breaking a Texas state law against flag desecration, and his case, Texas v. Johnson, eventually found its way to the United States Supreme Court.

Texas, and many patriotic Americans, believed it was well within the state's power to punish such profound disrespect for an important national symbol. But Johnson and his legendary civil rights attorney, Howard Kunstler, argued that such a provocative style of protest was exactly the kind of expression the First Amendment was designed to protect. Burning the American flag did no harm to the United States. In fact, allowing it to be burned would reaffirm our national commitment to individual freedom.

The Supreme Court, after one of the most memorable and entertaining oral arguments in its history, agreed with Johnson and Kunstler. But why? Can burning a flag really be considered "speech?" And if so, is the state's interest in protecting the very symbol of our nation really not important enough to ban a style of protest that very few Americans ever engage in? This episode explains why the Supreme Court reached the opinion it did, and why one of its most conservative members joined the majority in favor of flag burning.