The Twin Cities are the perfect American destination for the Olympic Games. Stop looking at me like that. 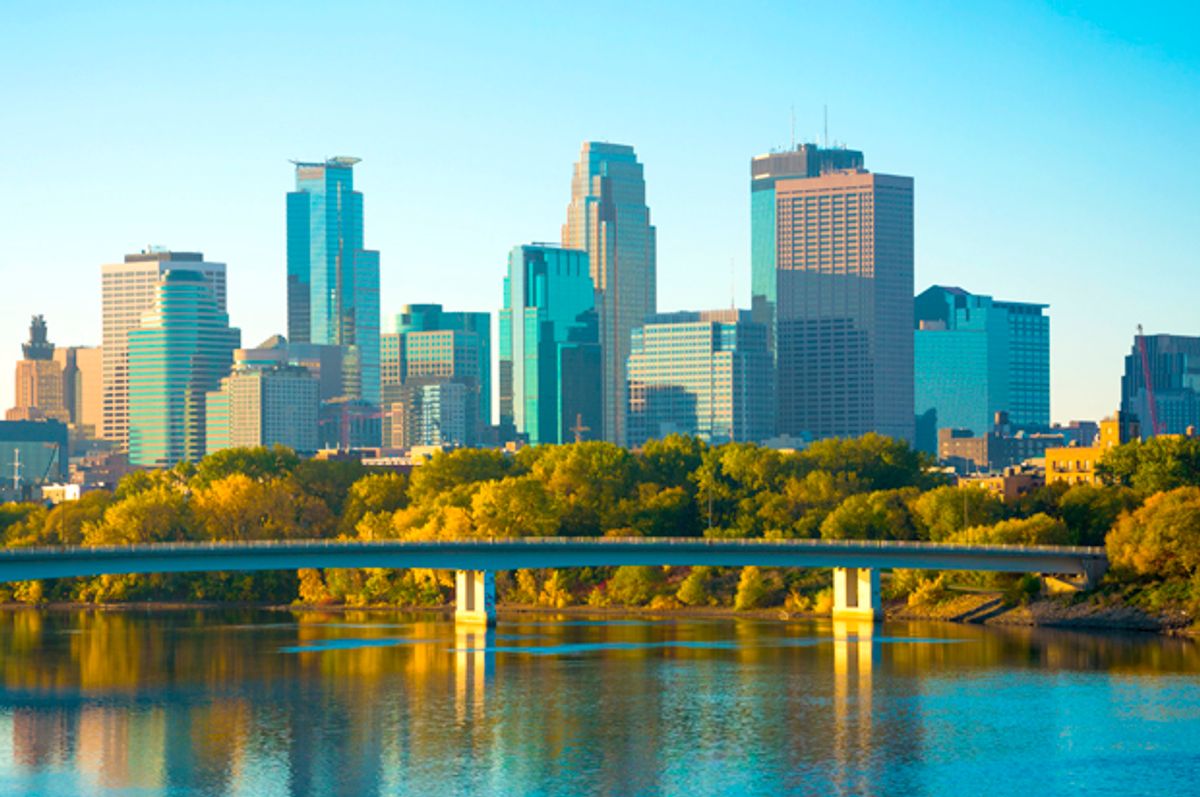 Los Angeles is one of the world's most prominent cities. It's home to celebrities, the Hollywood Sign, Angelyne and eternal sunshine. It's got the Staples Center, Universal Studios and even the Pacific Ocean.

The whole city is a playground, which is appropriate because it's populated by children. Narcissism isn't a rare disorder in Los Angeles; it's endemic. An alarmingly high percentage of the local population exists on a diet of EDM, designer clothing and whatever Gwyneth Paltrow tells them to put into their mouths. They talk as if they are starring in a satirical movie set in the Valley. In a sense, they are.

The city is pretentious, yet kitsch at the same time. Strip mall after strip mall lines the streets. It's got the worst traffic you've ever seen. The 405 Freeway somehow only impedes transit, not relieves it. The good restaurants and bars are only affordable for the wealthy elite. You have to pay off some shady club promoter just to walk into a warehouse off Vine Street.

The local sports teams have fickle fanbases that will drop them at a moment's notice, even when they come back after generation-long trips to St. Louis. The fans irrationally demand championships every season, even from the piss-poor 2016 Lakers. Their stadiums are mostly rotting in the never-ending heat.

So why, exactly, should America be proud that Los Angeles is hosting the 2028 Olympic Games?

If the U.S. has to host the Olympics — which is a terrible idea to begin with — then there's no better alternative than Minneapolis. Yeah, I said it. Minneapolis.

The Twin Cities of Minneapolis-St.Paul would be the best venue for a Summer Olympics. Every major American sports league already calls the Twin Cities one of its greatest homes.

As far as stadiums go, the Twin Cities have Target Field, voted by ESPN Magazine as the best stadium in North America, the brand-new, state-of-the-art U.S. Bank Stadium, recently named the second best venue in the NFL, and the Xcel Energy Center, consistently polled as the best arena in the NHL. Minnesota's MLS team will have their own, new stadium erected by 2019 and the Minnesota Timberwolves, which plays their NBA games at the Target Center, just renovated their digs this year, a $150 million enterprise.

In terms of square feet, the Twin Cities have more than enough space to host any and all Olympic events — without even mentioning the University of Minnesota's sports complexes, also located in Minneapolis, which provide venues for the NCAA's most high-profile games.

As far as the aquatic competitions, the Twin Cities are split in two by the Mississippi River. Minneapolis has 13 lakes covering over 1,400 acres.

In terms of culture, Minneapolis might not have a recognizable name in Europe or Asia. But no one can deny that the city is at its best in the summertime. The people who live in the Twin Cities come out of hibernation in May and enjoy the hot weather with a pure, wholesome spirit expected from Midwesterners — meaning attendees at the Olympics would not have to look far for a good time. The Twin Cities have more than enough bars, art exhibits, music venues and lodging to accommodate the international community.

A light-rail public transportation system conveniently connects the two cities. Oh, and, yes, the highways and streets there are actually functional in terms of helping people move from once place to another.

Back in 2013, Minneapolis actually received a letter from the International Olympic Committee asking about the city's interest in hosting the Summer Olympic Games. That's right, the IOC reached out to them. Then-Mayor R.T. Rybak respectfully declined. (The city was still in dispute over U.S. Bank Stadium.)

Since then, Minneapolis has hosted the X Games and will be hosting this season's Super Bowl, the first cold-winter city — besides New York — to have that honor.

Assuming all goes well with America's largest annual sporting event in February, Los Angeles should do — nay, must do — the right thing and cede its hosting privileges to Minneapolis, while the Twin Cities steps up and represents the U.S. proudly and adeptly. Won't we all be happier that way, Angelenos?