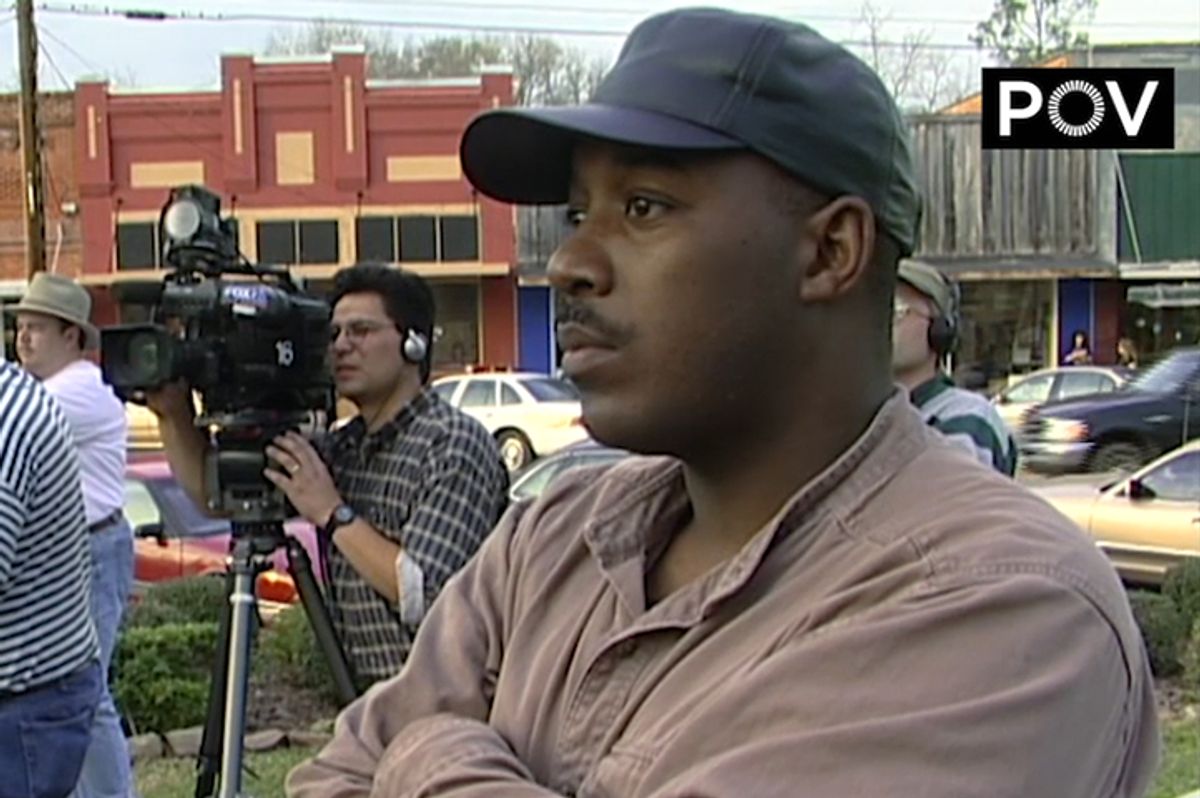 Broken trust, stereotypes, a historically unjust justice system and internal prejudices: These are just some of the issues that both captivated and split the diverse Texas community of Jasper in response to the 1998 murder of James Byrd, Jr., and the trials of his killers.

Byrd, an African-American man, was dragged to his death by a pickup truck driven by three white men. All involved were Jasper locals and avowed white supremacists. The shocking event radiated throughout the town and nation. The ensuing high-stakes trial risked tearing the community apart as simmering mutual distrust between blacks and whites in the Texas town bubbled to the surface.

In 2003, the documentary "Two Towns of Jasper" premiered on POV. Filmmakers Whitney Dow and Marco Williams took to the streets of Jasper during the trials to see what the town had to say. They decided to move forward with an unusual production approach: They’d use segregated crews to cover the story. Williams, who is black, filmed the black community; Dow, who is white, filmed the white community. The resulting portrait in "Two Towns of Jasper" is an explicit accounting of the racial divide in Jasper, and more broadly, America. As part of POV’s 30th anniversary celebration, this important film is being brought back to public media audiences, available on PBS beginning Aug. 14.

Fifteen years after its original broadcast premiere, "Two Towns of Jasper" resonates. While much has changed, systemic racism continues and the threat of violence, particularly to African-American men, remains ever present. We must find ways for individuals, families and communities to talk about the things that divide and unite us. With their innovative filmmaking, Dow and Williams created a film for Jasper, and the rest of America, to reflect and connect. "Two Towns of Jasper" is a timeless examination of American race relations, revealing things that were vaguely understood, but never said.