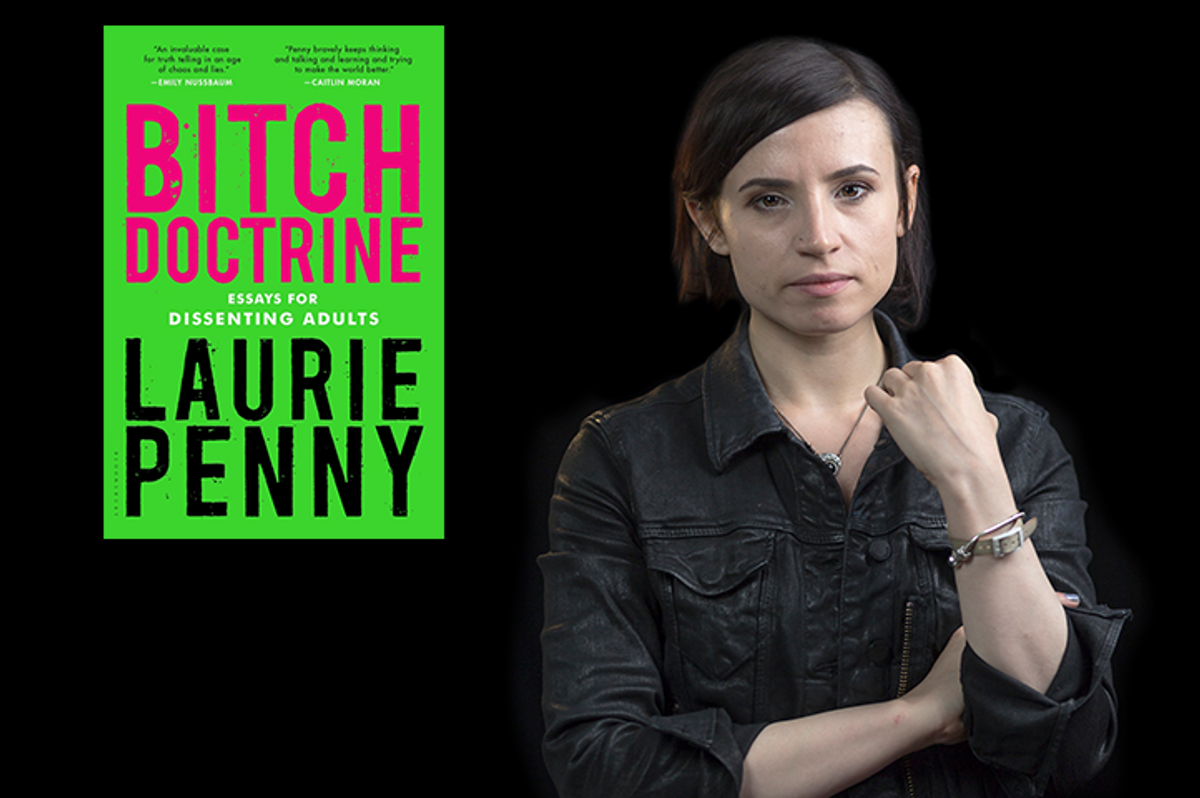 British journalist Laurie Penny is only 30 years old and yet is touring her sixth book, a collection of essays on leftist politics and feminism titled “Bitch Doctrine: Essays for Dissenting Adults.” During a wide-ranging interview with "Salon Talks," Penny -- an occasional contributor to Salon -- offered advice for leftist and liberal organizers and activists — and expressed optimism that many are already starting to take it.

On the importance of storytelling:

One of the things that the left and the kind of liberal press doesn’t really understand at the moment is the influence of emotion and feeling in politics. It sounds like such a simple thing, but we have this way of thinking, on the left, that facts are enough. That it’s enough to be right. And if it was enough to be right, we’d win every election, because obviously we are right.

The right gets this. They go for fear. They hit people where they’re feeling least prideful. They kind of invoke this sense of pride and nationalism, and what people are lacking in the modern world: A sense of security, a sense of safety, a sense that they’re important, that their lives might matter, that they have a future that they can, in some way, look forward to.

On tying facts and reason to emotion:

I’m not trying to say that facts don’t matter. Obviously, just saying that facts matter and that there is such thing as objective truth seems radical today, in this rather frightening way it didn’t used to before. But actually telling a story about a future that is livable for a great deal of people is radical.

Because when you restrict your narrative to "what’s the least bad it could be," what’s accepted as the limits of political possibility, that’s just not exciting. People just don’t get out of bed for that, often, unless it’s something really, really urgent. Even then, they do it grudgingly.

On why she feels optimistic that progressives are improving their strategies:

There’s a realization, not just on the broad left, but on the center-left and among more traditional liberals, that actually asking for more and being more ambitious is the logical next step. It’s the only logical thing to do, because the existing system we have, the neoliberal, profit-driven, financialized model of capitalism that we have, is clearly not working for a lot of people. It’s better than fascism, but that’s all you really can say about it.

Watch our conversation for more on where the left can go next.