North Korea has a 6,000 person 'cyber army' — which was linked to attacking the global banking system 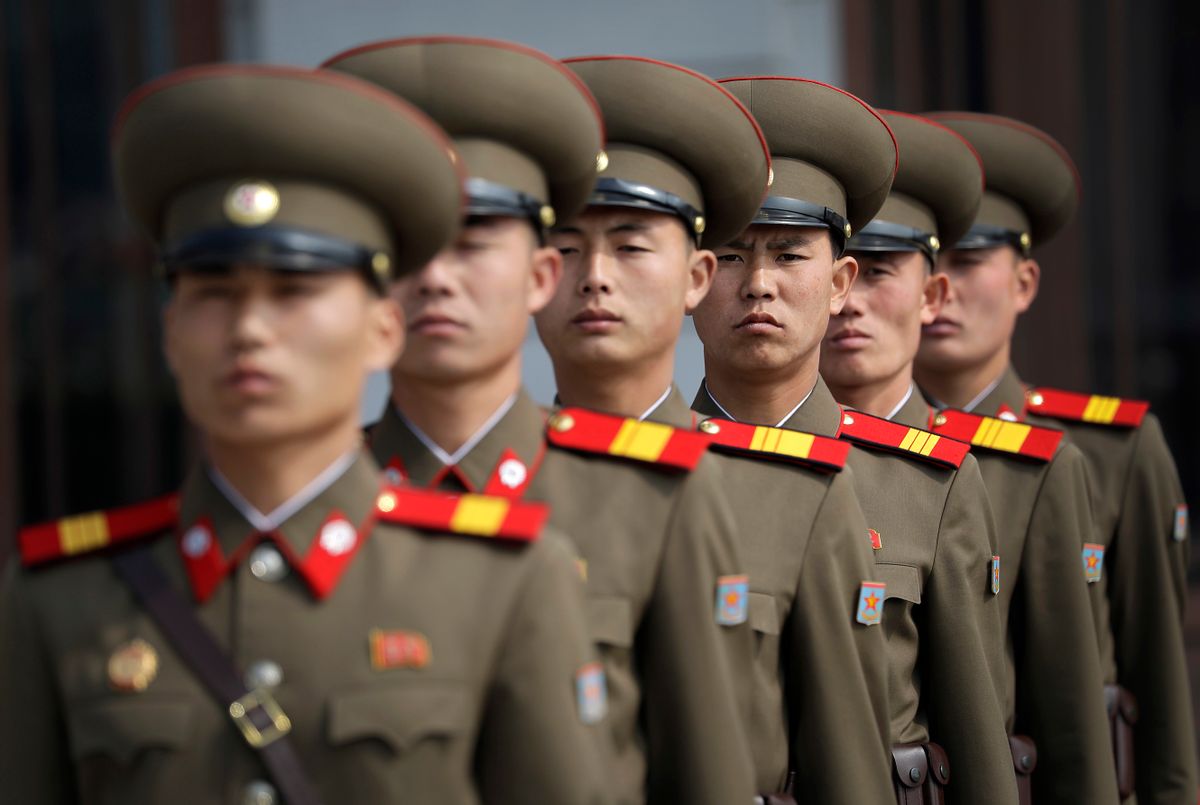 This piece originally appeared on The Conversation The following is a roundup of archival stories related to North Korea.

North Korea has launched repeated tests of ballistic missiles, which it claims are now advanced enough to carry a nuclear warhead as far as the United States. Although experts have cast doubt on the veracity of these claims, the international community has sounded the alarm. South Korea in particular is taking steps, with support from the U.S., to defend itself against the threat.

To better understand this intensifying conflict, we turned to stories in our archive.

1. Especially for younger generations, the origins of this conflict are not always clear. We asked East Asia scholar Ji-Young Lee of American University to take us way back in this Q&A and explain how Korea got divided into North and South in the first place. Along the way she unpacks some myths about the effect the North Korean regime has had on its people:

“Still, not all North Koreans are interested in defecting. According to anthropologist Sandra Fahy, interviewees said they left the North reluctantly driven primarily by famine and economic reasons, rather than political reasons. A majority of them missed home in the North.”

2. By now, most people are familiar with the man at the helm in North Korea — Kim Jong Un. But his motives still mystify world leaders. Foreign policy expert Stephen Dyson of the University of Connecticut writes a brief history of how the U.S. has sought insight into the minds of other strongmen — from Hitler to Khrushchev:

“History tells us that to influence Kim, we must empathize (note: not sympathize) with him. To figure out what makes him tick, Trump and his advisers must first understand how we look to the North Korean leader, peering at us from his very particular vantage point.”

3. What options are on the table for dealing with the threat from North Korea? A good first step would be increasing U.S. cooperation with Asian allies on security issues, writes Flynt Leverett, a former National Security Council and State Department staffer and professor at Pennsylvania State University. But will Trump’s focus on trade get in the way?

“For Trump and ‘inner circle’ advisers like Steve Bannon, the top concern is economic. Trump and his team see U.S. trade deficits, concentrated in Asia, as draining America’s wealth and threatening its national security…Overall, Trump’s Asia strategy is unlikely to boost Sino-U.S. cooperation on regional security.”

4. Another option that the international community has resorted to for years is imposing sanctions to limit the regime’s ability to develop nuclear weapons. But these sanctions have had, it seems, limited effect. John Park at Harvard University interviewed former North Korean business managers who bought components for the regime’s nuclear and missile programs. His findings suggest that sanctions must be revisited:

“As sanctions have become tougher, these local Chinese middlemen have charged higher fees to reflect the elevated risk of doing business with North Korean clients. Instead of hindering procurement activities, we found that sanctions have actually helped to attract more capable middlemen, who are drawn by the larger payday.”

5. And after a cyberattack linked to North Korea penetrated the global banking system last year, analysts are urging U.S. leaders to take the online threat just as seriously. As Frank Cilluffo and Sharon Cardash from George Washington University write:

“North Korea keeps its military capabilities secret, and is particularly cautious about revealing its cyberwarfare capabilities. South Korea’s Defense Ministry estimates that North Korea’s ‘cyber army’ is 6,000 strong. That’s as big as the U.S. military’s Cyber Mission Force is planned to be.”