An uplifting, if often harrowing, look at what happened when Baltimore teens took up a traditional African art 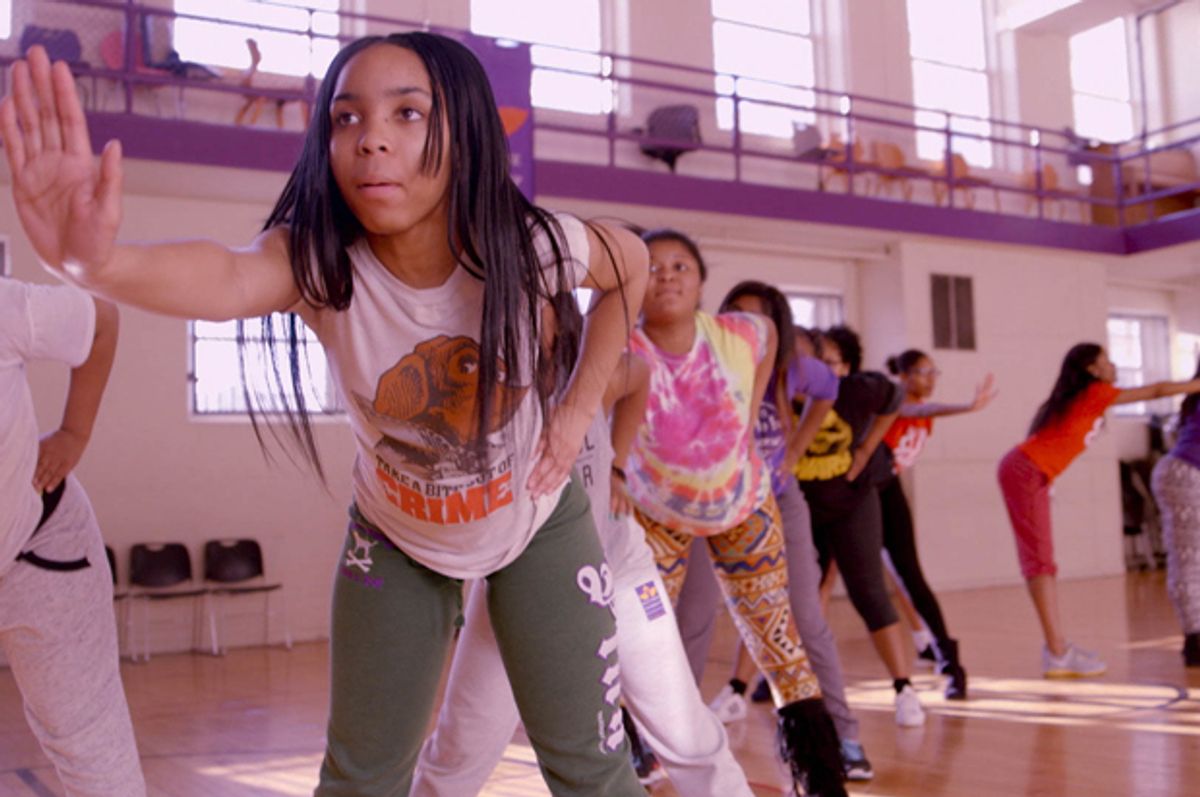 When the documentary "Step" premiered at the Sundance Film Festival earlier this year, garnering rave reviews, winning the award for “inspirational filmmaking,” and nabbing a $4 million-plus deal with distributor Fox Searchlight, it landed squarely on the Oscar-contenders-to-watch list for 2017. The film, which is now reaching the public at theaters this weekend, is about the multi-year journey of a step dance team at a charter school for girls in Baltimore. Read: socially conscious, uplifting and with a good beat. In other words: Oscar contender.

The endearing and enduring subjects are young women trying to find a better life who have the good fortune to be at a school, the Baltimore Leadership School for Young Women, which started in 2009 with a mandate to send every student to college. But as audiences will see, there’s more to raising underprivileged youth than the ABC’s. To grow from the inside, these girls use step to become powerful women with promising futures.

Salon spoke to "Step" director Amanda Lipitz about the film.

For the uninitiated, what’s stepping?

Step is not dance. It’s an art form that originated in the mines of Africa. The miners wore these gum boots and they weren’t allowed to talk so they used their feet to communicate. They would wear these boots that had bells on them and they’d communicate with them. Step came to North America in the transatlantic slave movement and today it is a collegiate sport and something you learn by going to college and pledging African-American fraternities and sororities.

How did you come to stepping and to making the film?

I had no experience with stepping. I am a Broadway producer. And on the side, I was making shorts about being the first in your family to go to college in and out of New York City. I was working with a system of schools where they had 100 percent graduation rate. And I was blown away every time I told these stories. And I am from Baltimore. My mother is an activist. I suggested to her that she may want to replicate this school in Baltimore. I met these girls when they were 11 years old. I was raising awareness for the school. When I made these shorts, people would say, "You should make a documentary about them." But I always said, "What’s the hook?" And when the kids were in eighth grade, one day [one of the students] Blessin asked me if I wanted to come to film them. And I did. There were all these different types of girls, from the highest GPA to the lowest GPA. Introverts, extroverts and everything in between. They were all improving themselves through step. That was 2012. After I saw them, I filmed them stepping for one of the shorts. At the end of ninth grade, I said to the families, I am so inspired by these young women. Let’s make a film and change the conversation about Baltimore.

So, when I filmed them for 10th grade, I just talked to them. There was no vérité filmmaking; I interviewed them. And then in 11th grade, I shot vérité filmmaking and watched them use step in their lives. And then at the end of their junior year, Freddie Gray was killed. This incredible tragedy made these people braver, gave these girls more courage to tell the story that they were not the stigma.

What has been the audience response? Have you been surprised?

The whole thing is a surprise. I can’t believe it. I’m a first-time director, these are Baltimore girls. People look at it on the surface and think it’s a competition film. It’s not like anything I’m doing in the film is so different from other films, but it’s that these girls are that amazing. And the school is so amazing. And Baltimore has so much more to say that hasn’t been said. And I think we are in a place now where people want to see stereotypes turned on their heads and that’s what we do in this movie over and over again. And they want inspiration.

You’re from the Broadway world. Is there talk of this becoming a Broadway play?

Everyone is asking me about it. I think there will be one day. But this Friday is D-day. My dream is that the world comes out to see this movie. Which would mean these are the stories and the people people want to see. People ask, "Who is this movie for?" Everyone! Everyone needs to see this movie. It’s not just because it’s my movie. These girls are changing the game in a big way. The step coach, Coach G, says in the film, "We’re the bottom of the barrel as black women." She says it. But that is not true in this movie. And it is not true in the world of step.