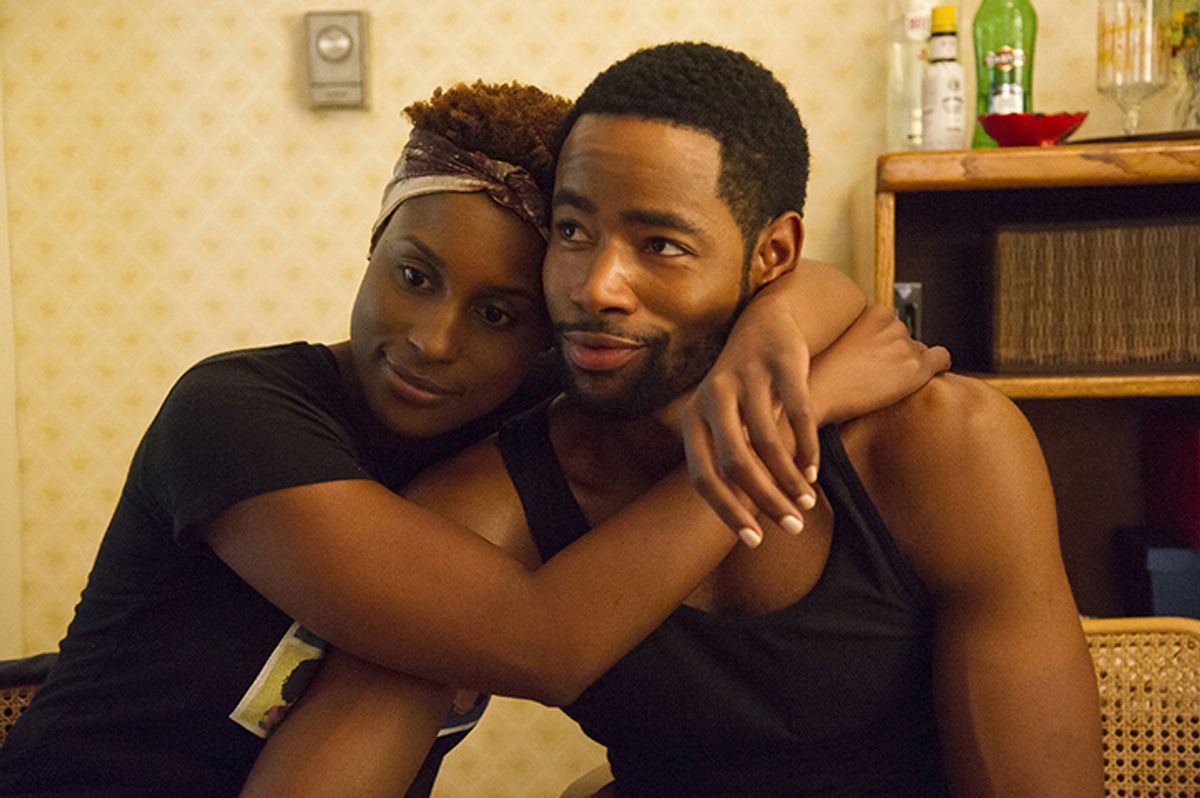 “I’ve never seen a black dude like this on television before,” said Jay Ellis, who plays Lawrence on HBO's hit comedy "Insecure." "That character is humanizing the black experience."

Issa Rae's breakout series, which began its second season on July 23, revolves around a young woman also named Issa (played by Rae) and her experiences as an African-American woman navigating life today. Ellis plays Lawrence, Issa's boyfriend who broke up with her when she confessed to cheating on him at the end of Season 1.

The new season has garnered positive reviews, with critics calling it sharper, bolder and more confident than its debut season.

Ellis appeared on a recent episode of "Salon Talks" to discuss "Insecure," diversity in front of and behind the camera and what he's learning from working with a predominantly female cast and crew.

On diversity in the writers room:

I would bet we have the most diverse writers room in Hollywood, in all of television, I would almost guarantee we do.

When you have all this diversity, whether it’s in a writers room or whether it’s on set, you’re just constantly making each other better because just because you don’t agree with someone on something doesn’t mean that you can’t come to a solution together.

On why "Insecure" sex scenes are so distinctive:

Because I’m quite simple and when I see sex I’m like, "oh, that’s sex, [it's] all the same." Unless it’s just crazy, you know what I’m saying? All the same.

But what you start to see [working on our show] is that women do view it very, very differently. And so there is something to position, to pace, to — you know what I mean? — all those little things.

To me, that was such an eye-opener: We really do think differently about so many things. It just completely opens you up. The women directors that we have — and even our DP and our camera crew — they treat it with care. It's never rushed, it's handled with respect and thought and that's really, really dope.

Watch our conversation for more on Ellis' experiences on "Insecure."