Why robots are the way of our aging future 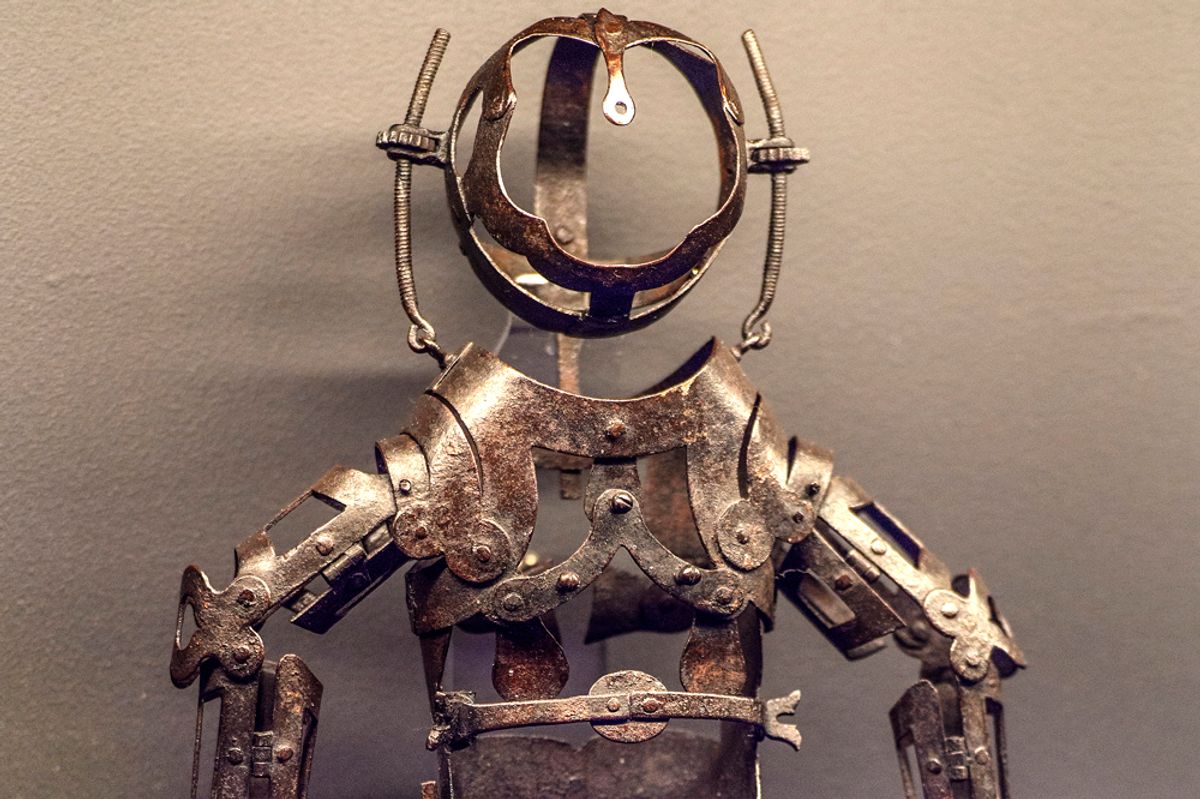 This piece originally appeared in New America Media Elizabeth Payne wrote this article for Canada’s Ottawa Citizen with the support of a journalism fellowship from New America Media, The Gerontological Society of America and the Silver Century Foundation.

SAN FRANCISCO — Paro closes its watery eyes, tilts its head and emits a soft cry. The robotic harp seal — the world’s best-known therapeutic robot — is the creation of Japanese scientist Takanori Shibata, but its voice is made in Canada. Shibata recorded the baby harp seal, which became the voice of Paro, on Quebec’s Magdalen Islands.

“It’s a Canadian seal,” said Shibata, who showed off his cuddly creation at the world’s largest gathering of experts in the field of aging this week in San Francisco.

Paro, now used to help dementia patients and others in 30 countries around the world, is a huggable face of the high-tech future of aging. The burgeoning field is known as gerontechnology.

Paro, which has been used in Japan and through Europe since 2003, has helped demonstrate that technology can be used and embraced in previously-unheard-of ways for eldercare. The robot seal, which responds to touch and makes eye contact, has been found to reduce patient and caregiver stress, to stimulate interaction between patients and caregivers and to improve the socialization of patients. It has also been found to reduce the need for medication in some cases.

It’s not all as warm and fuzzy as Paro, but technology — from smart homes, to health monitoring devices, to virtual reality therapy, to autonomous transportation, to technological advancements not yet dreamed of — are all part of the future of aging, according to experts.

Held in San Francisco, the World Congress of Gerontology and Geriatrics, devoted an entire day this week to technology, a first for the gathering. It came complete with a “startup alley” and pitch competition designed to bring the worlds of academia and startups together. Among pitches: a virtual reality program designed to bring a little bit of the outdoors to the institution-bound elders.

Technological advances have made many new aging technologies possible, said William Kearns, president of the International Society for Gerontechnology. Robots have a particular appeal.

“A robot can be a far more persuasive way to get a person to behave in a certain way — such as exercising — than an iPad or a cellphone,” Kearns said.

Andrew Sixsmith, scientific director of AGE-WELL, said Canada is becoming a world leader in the field.

“The Canadian government has had the foresight to invest in this sector because they realize there is an aging population, and we need solutions that are going to address the challenges and the opportunities that brings,” he said.

“We are very keen in terms of the real-world impact of what we want to do, but also to demonstrate to the rest of the world that Canada can take a lead in this. I think Canada has put a lot of effort and investment into this and, down the line, that is going to pay off in terms of how it can benefit Canadian research, Canadian older people, the Canadian economy, but also benefit the rest of the world as well.”

“It is not about reminding me to take my meds, it is about having overall wellbeing and enabling me to do things, to improve the quality of life, not simply to extend it,” he said. “We should understand we are designing a lifestyle.”

Coughlin predicted the coming generation of elderly will demand technology to help support them and enhance their lives.

“Are you going to be as polite as your parents?” he asked. “No, you are going to expect a pill, a product or a policy to insure you live longer better because you have seen it your whole life.”

Along with potential, the field of gerontechnology comes with challenges: Among them, the ethical issues of increased surveillance on the elderly and the fear that technology will replace the need for human interaction.

Sixsmith talked about the need for further study about the implications of increased surveillance of the elderly — particularly in their own homes.

“The home environment has always been the domain in the individual, the space where you can be free from the observation of others. The introduction of surveillance technology breaks that boundary, and this is significant,” he stated.

Coughlin asked, “Where is privacy and dignity in all of this? How far do I push your dignity in order to ensure your safety? The new question is going to be: To chip or not to chip?”