Extreme heat will hit India’s most vulnerable the hardest 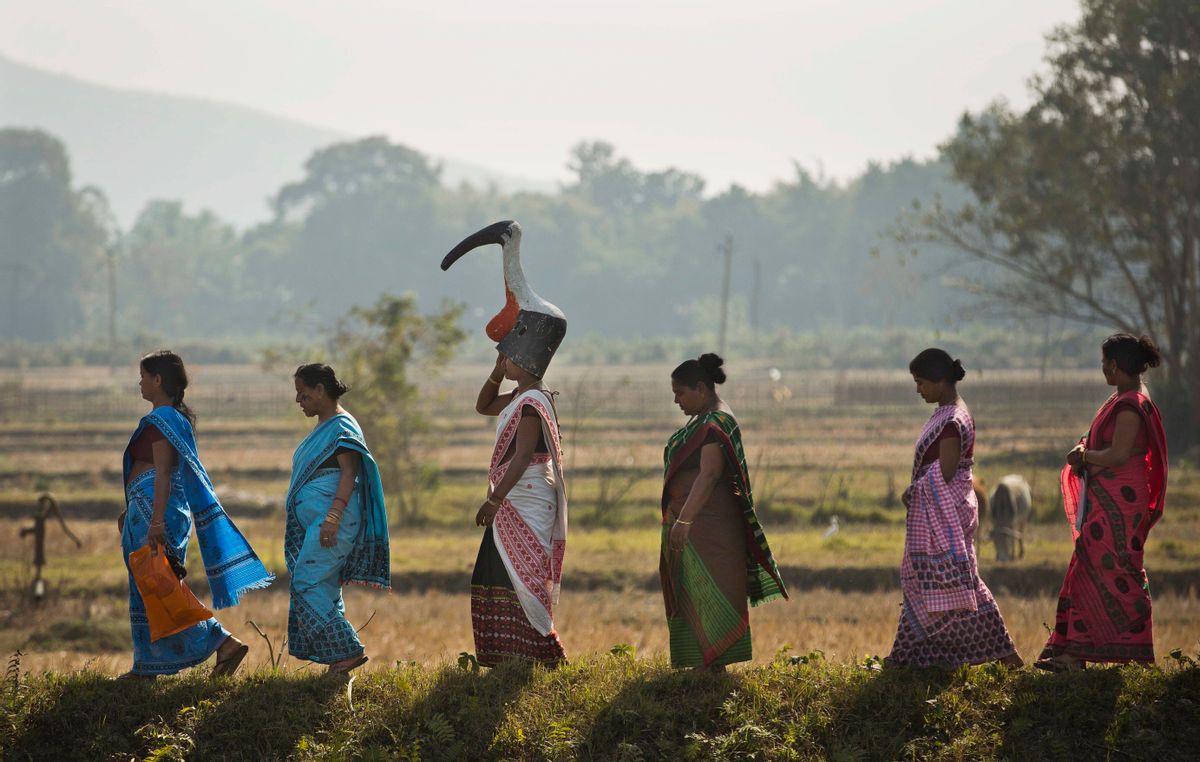 A flurry of studies in recent months have laid bare the significant threat posed by extreme heat in a warming world. Perhaps nowhere is this threat more apparent than in India and other parts of South Asia, where intense heat waves collide with a large, vulnerable population.

If greenhouse gas emissions aren’t brought under control, global warming will boost heat waves in the region to the limits of what humans can endure on a yearly basis, a new study finds. But if action is taken to curb climate change the threat could be substantially reduced.

The expected future impacts also raise important questions of environmental justice, as the population that will be most impacted by extreme heat has contributed the least to climate change. It also highlights the contradiction between India’s reliance on coal to fuel its economic boom and the impacts its citizens might see.

“Our hope is that this [work] will inform the policy debate,” study author Elfatih Eltahir, of MIT, said.

The study “underscores the need for increased focus on the current and rising risks associated with extreme heat around the world, including understanding impacts on the most vulnerable,” Julie Arrighi, of the Red Cross Red Crescent Climate Centre, said in an email.

India, and the rest of South Asia, is no stranger to exceptional heat, particularly in the weeks before the summer monsoon kicks in, bringing cooling rains. Many people in the country of 1 billion lack access to air conditioning and nearly half its labor force works outdoors in agriculture.

The overall warming of the planet from the excess heat trapped by greenhouse gases has already made such heat waves more common, more intense and longer-lasting in the region, according to a study published in June. The odds of a heat wave killing at least 100 people have doubled since 1960, even with the relatively modest 0.9°F (0.5°C) of warming over that time, the study found.

As global temperatures continue to rise, that trend will only be exacerbated. The impacts come not only from higher temperatures, but also from humidity, which blocks the body’s natural coping mechanism, sweat.

The authors of the new study, published Wednesday in the journal Science Advances, used global climate models and high-resolution regional models that better capture details of local weather and geography to look at how warming would impact these factors. They used a measure called wet-bulb temperature, which gives the effective temperature factoring in humidity levels. (It differs from the heat index because wet-bulb temperature takes wind speed and other factors into account.)

It is generally thought that a wet-bulb temperature of 95°F (35°C) is the limit of what even a healthy human can endure over a few hours. Wet-bulb temperatures have rarely exceeded 88°F (31°C) anywhere on Earth, but are starting to bump up to such levels around the Persian Gulf and Red Sea, in South Asia and eastern China.

“These are the emerging hotspots for heatwaves,” Eltahir said.

He and his colleagues previously looked at how heat waves would evolve with warming in the Middle East and found that region will likely be home to the highest wet-bulb temperatures the world will see. (Bandar Mahshahr in Iran hit a wet-bulb temperature of nearly 95°F during a 2015 heat wave, which translates to a heat index of about 163°F (73°C).) But South Asia poses the bigger concern in terms of threats to people, as it is home to one fifth of the world’s population and is an area of deep poverty.

“That combination is what makes, what shapes this acute vulnerability,” Eltahir said.

Eltahir and his colleagues found that if greenhouse gas emissions continue on their current trajectory, parts of eastern India and Bangladesh will exceed the 95°F threshold by century’s end and most of South Asia will approach that threshold.

If emissions are substantially curtailed and global temperature rise meets the 2°C (3.6°F) limit agreed to in the Paris accord, no place in South Asia would exceed 95°F, though wet-bulb temperatures over 88°F would be widespread. Such temperatures can still be deadly, especially to already vulnerable populations like the elderly.

The study found that a heat event that would happen on average once every 25 years today would happen every year if emissions aren’t brought under control and every other year with substantial reductions.

“This paper adds to the fast growing body of information showing how bad climate change is and will be for humanity,” Camilo Mora, a climate scientist at the University of Hawaii at Manoa, said in an email. Mora published a recent study showing that more than half the world’s population will be subject to potentially deadly heat waves even with substantial emissions cuts.

The areas that will see substantial increases in deadly heat in South Asia include urban areas, like Lucknow, a city of 2.9 million in Uttar Pradesh state, as well as the densely populated Indus and Ganges river valleys. Those spots are home to poor populations primarily engaged in agriculture, leaving them exposed to the worst heat of the day.

The findings of the study raise issues of environmental justice, Eltahir said, as these populations experiencing the brunt of global warming have done the least to cause it. The study also points to a contradiction India must face: To date, the country has relied heavily on coal to help fuel its economic expansion, but continued fossil fuel burning will bring harm to its own citizens.

“It brings in that debate at the national level,” instead of leaving it in the realm of more abstract global temperatures, Eltahir said.

Some Indian cities have put in place, or are in the process of instituting, heat health action plans to better prepare and warn residents of the risk of heat waves. Ahmedabad, in the western state of Gujarat, has been the poster child for this effort. The city developed a plan after a 2010 heat wave killed 1,300 people. During a 2015 heat wave, there were only 20 heat-related deaths in the city of 7 million.

“Understanding heat wave risks and how various groups such as the most vulnerable are affected by heat waves is critical” to preventing heat-related illnesses and deaths, Arrighi said.