The right hander appeared on the HBO show, only to meet a brutal end usually reserved for marshmallows 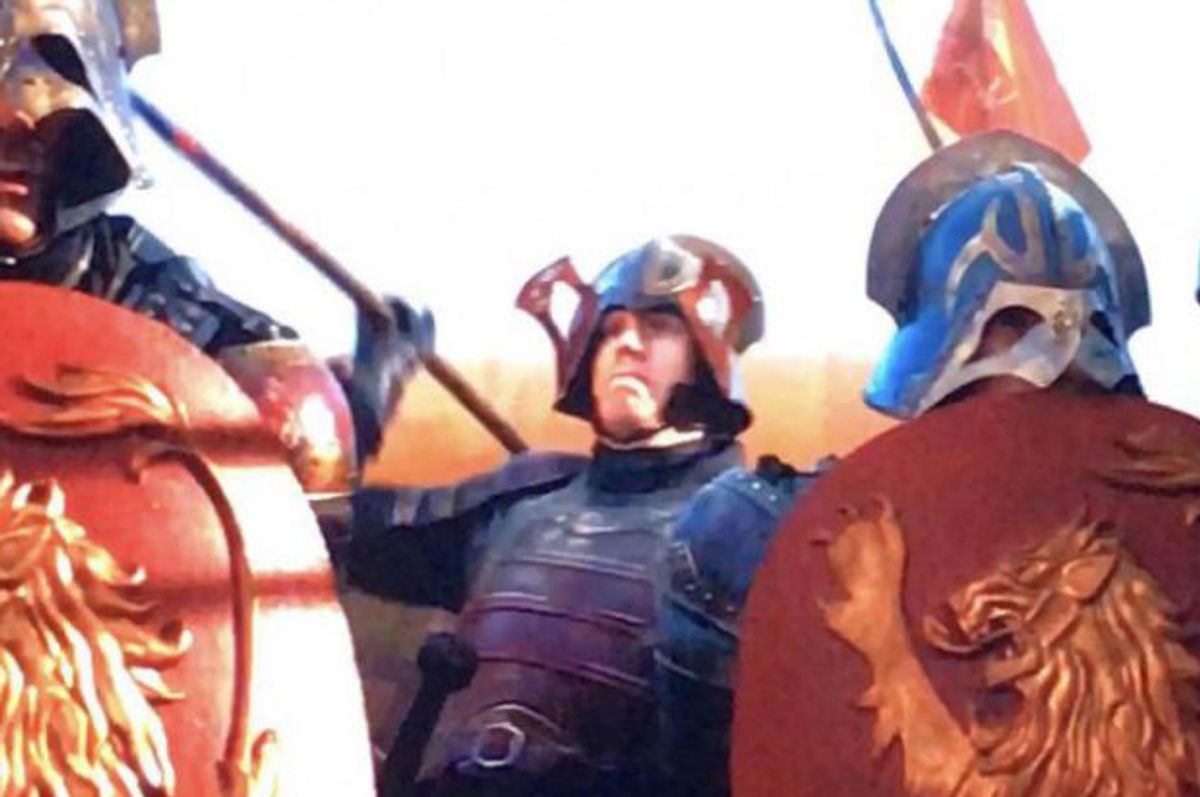 Last night's episode of "Game of Thrones" — "The Spoils of War" — was notable perhaps most for having three Stark children share a scene for the first time in five seasons, as well as a climactic battle that saw one main character charge through a field of fire and death in an attempt to lance another main character, only to be caught in the crosshairs of a dragon the size of a Chinook helicopter. It was very, very good.

Somewhat less notable, but nonetheless fun, was the background appearance of  a very tall, somewhat out of place extra, fighting in plate and mail for the Lannister army: ace Mets right-hander Noah Syndergaard.

Holding a lance, the 6'6" 24-year-old and 38th selection in the 2010 MLB draft towered over his fellow extras, allowing his somewhat goofy face to been seen above the line of Lannister footmen to audiences of the HBO show.

The appearance of Syndergaard, a fan of the series, had been teased by The New York Post in 2016 when it reported that the two-fastball, 2.92 ERA pitcher had been spotted on the set of the show's Spain set. What his trip yielded was a cameo both better and worse than that of British troubadour Ed Sheeran in the first episode of this season: better because it was less cloying and obtrusive than that of the singer, worse because Syndergaard was consumed by a giant ball of flame.

After killing a Dothraki warrior — using that multimillion dollar right arm of course — Syndergaard's infantryman met death as so many of his compatriots did that episode, in a hail of Drogon's napalm-like breath.

Whatever. Syndergaard — also known as "Thor" to his fans — was good with it:

Alas, sports being sports and sports fans being sports fans, Syndergaard's quick appearance couldn't be left as is. With the pitcher on the DL since April due to a torn lateral muscle, fans criticized him for his cameo — or so Rolling Stone tells us. Of course, that makes little sense, as Syndergaard filmed his "Thrones" appearance during the off-season in November when he was hale and healthy, but such arguments mean little to Mets fans who have seen their stellar pitching corps hobbled by a slate of injuries. A 49 and 60 record makes you do funny things.