Pauly Shore's impersonation of Stephen Miller is too damn real

"Did you know a mutant known as Wolverine scaled the Statue of Liberty in a climactic showdown with Saber Tooth?” 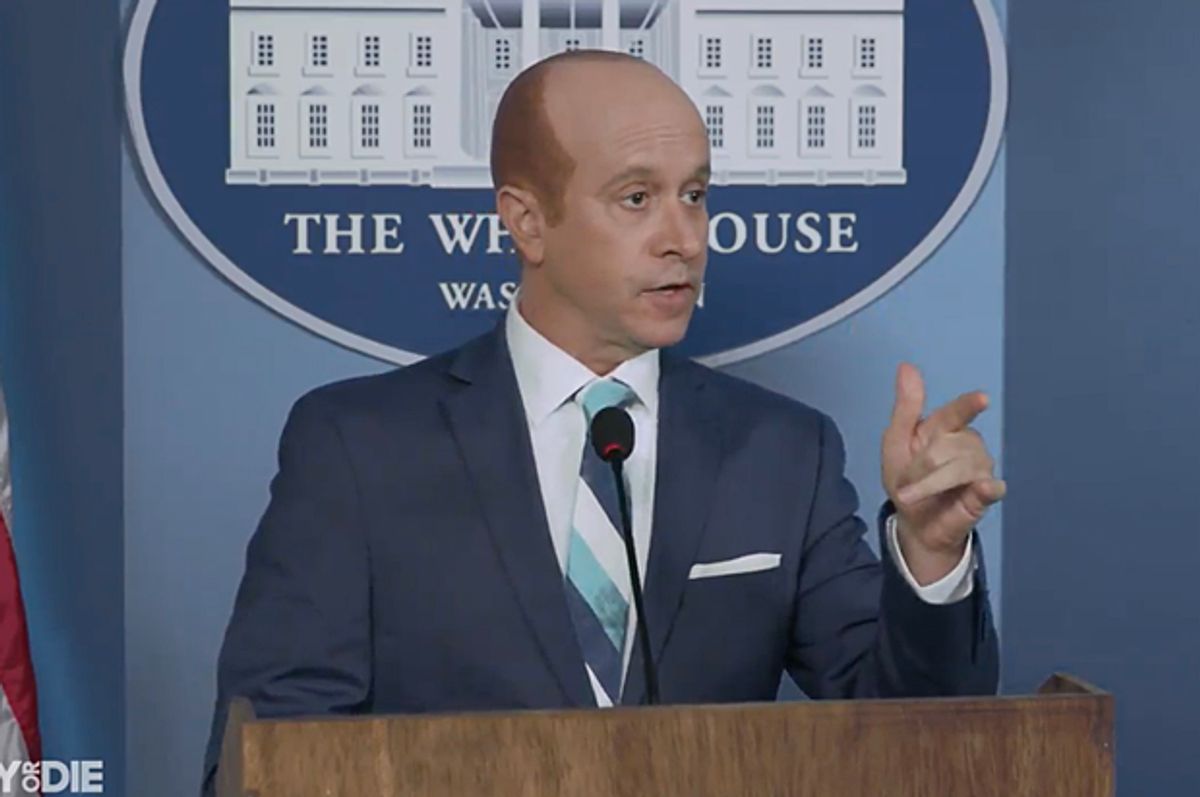 The Trump administration is the gift that keeps on giving for comedians and satirists. Actors have hilariously impersonated Sean Spicer, Kellyanne Conway, Anthony Scaramucci and President Donald Trump.

Now White House adviser Stephen Miller has the dubious honor of being lampooned.

Pauly Shore offered his brilliant caricature of Miller in a recent Funny or Die performance. Shore satirized the heated press briefing encounter between Miller and CNN reporter Jim Acosta. The result was not that much more absurd than the real exchange in the White House, which saw Acosta argue with Miller over Trump’s new immigration policy in light of the poem inscribed on the Statue of Liberty.

“The whole reason we put the Statue of Liberty here is to show the rest of the world that here in America we got some beautiful babes,” Shore's Miller says in the Funny or Die video. “And another you might not know, Jim, is that she’s not holding a book, she’s holding an iPad.”

Shore also gave the press corps a fake history lesson on the Statue of Liberty.

“In the year 2000, did you know a mutant known as Wolverine scaled the Statue of Liberty in a climactic showdown with Saber Tooth?” he asks. “Or in the fucking 1980s, when the Ghostbusters brought the Lady Liberty to life with the power of ectoplasm. Is that violating, in your opinion Jim Acosta, the Statue of Liberty law of the land?”

Shore, a native of Beverly Hills, bears a remarkable resemblance to Miller, who's from nearby Santa Monica. Shore's turn may win him some more opportunities to parody the White House adviser, fingers crossed.