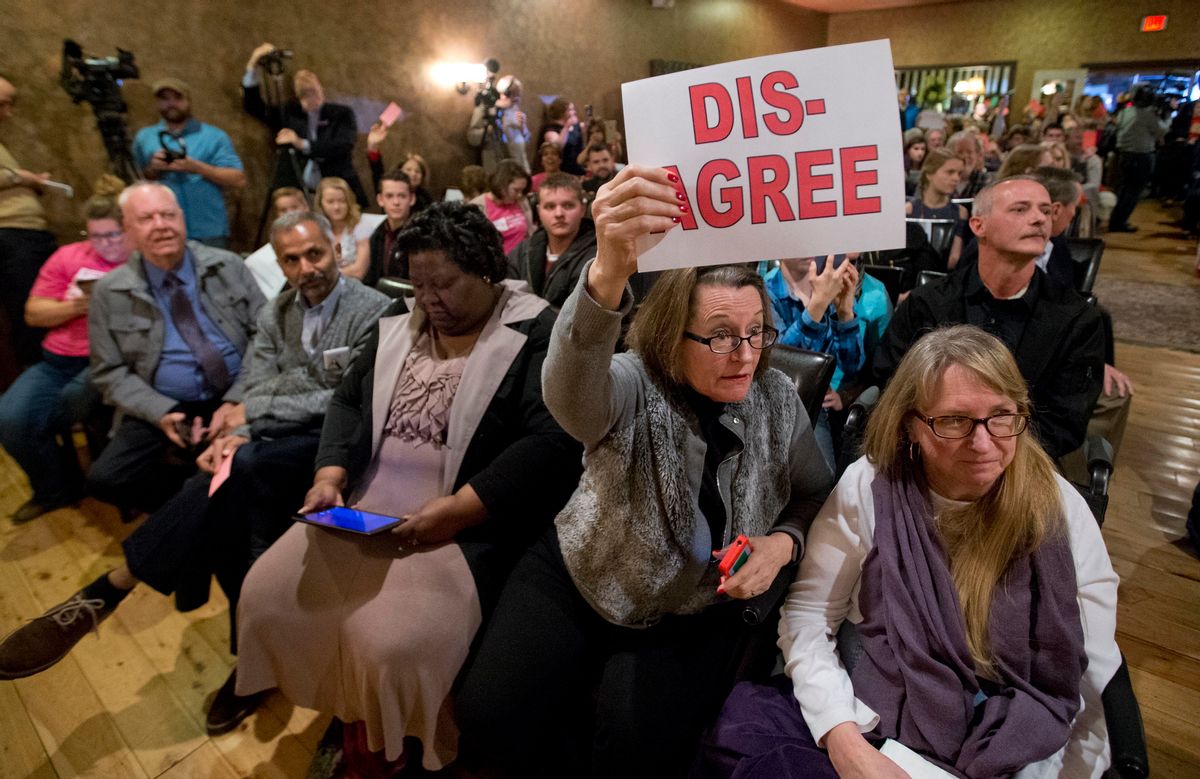 As lawmakers head back to their districts for the August congressional recess, many of them are bracing to hear earfuls from their constituents over national healthcare policy during their latest round of town hall meetings.

With the Republicans’ failure to repeal the Affordable Care Act this summer and with the cost of healthcare continuing to rise (as it has been for decades), lawmakers will struggle to pivot attention away from healthcare and to the next item on their agenda: tax cuts.

In Durango, Colorado on Friday, Republican Sen. Cory Gardner was thrown off his guard at a town hall meeting that was supposed to focus on environmental policy. Instead, he faced a packed room of frustrated constituents who shouted at him for his support of his party’s efforts to repeal the ACA.

“Why on Earth did you vote for the Republican [health] care bill when the vast majority of your constituents opposed it?” one man asked the first-term senator as the crowd cheered, according to The Denver Post.

In his first in-person town hall meeting in more than a year, Gardner replied that he won on the promise he would vote to repeal and replace President Barack Obama’s signature piece of legislation. Gardner voted in favor of every Republican attempt to pass some form of ACA repeal, including one that would have repealed the law without providing a replacement.

During a telephone town hall meeting on Aug. 2, Gardner faced a barrage of questions that were critical of his voting record, including from some participants who supported ACA repeal but were angry that the Republicans couldn’t get it done.

“I would like to see the Democrats and the Republicans reach across the aisle and work out a workable, efficient health insurance system,” one man in attendance said, according to WHBQ-TV in Memphis.

During a town hall meeting last week, supporters and detractors of the Affordable Care Act kept the issue front and center with Colorado Republican Rep. Mike Coffman, showing just how much the issue is on voters’ minds.

“How do you address a problem when you don’t know what it feels like?” one woman said at the meeting, according to The Wall Street Journal, underscoring the point that members of Congress who are much wealthier than the average American enjoy taxpayer-subsidized health care. Members of Congress and congressional staffers are qualified for taxpayer subsidized gold-level health insurance through an exchange in Washington D.C. that is used by local small businesses. They also benefit from low-cost subsidized routine care through the Attending Physician of the United States Congress, which is staffed by U.S. Navy officers and personnel.

As Congress attempts to move on to tax cuts and the 2018 fiscal year budget, critics and supporters of ACA don’t appear to be willing to follow.