Republicans promised real accomplishments in Trump’s first 200 days. Now they must fall back on propaganda 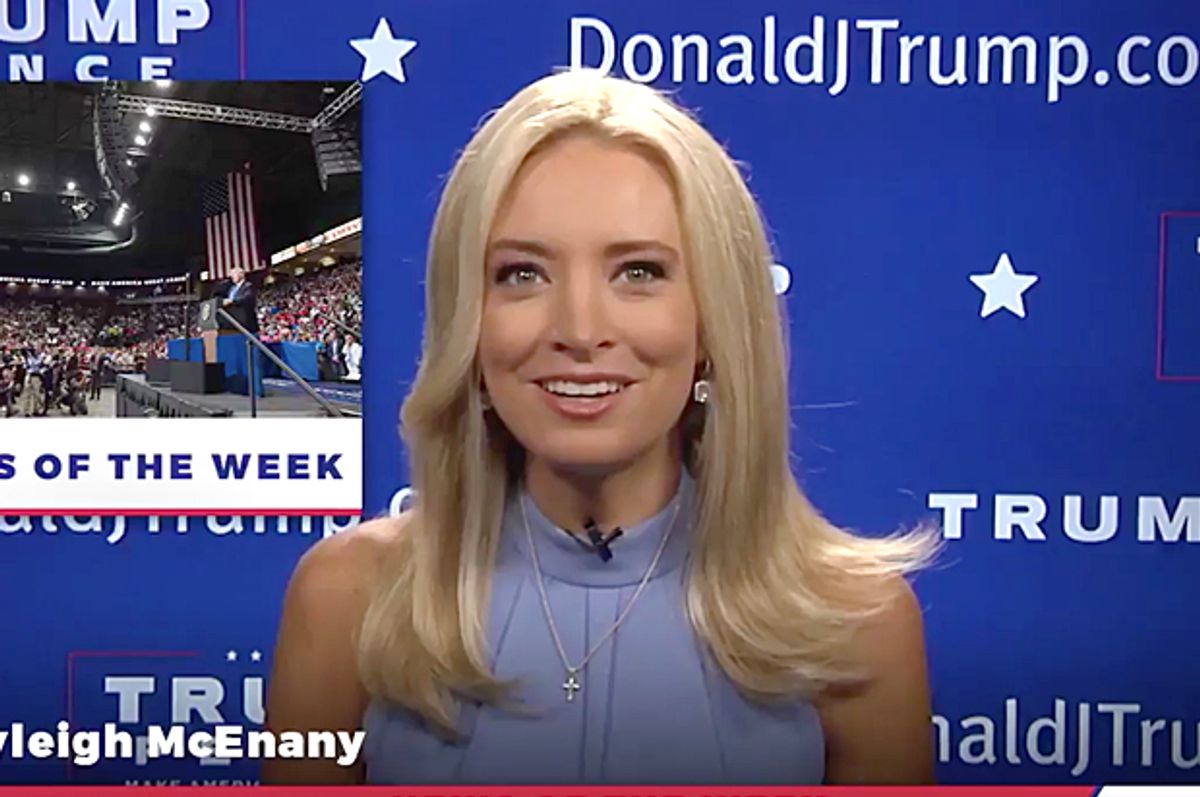 Donald Trump’s base is shrinking, no matter what he tweets to the contrary. Two hundred days into his term, he has few legislative accomplishments to tout -- despite Republicans controlling the White House and both chambers of Congress for the first time in a decade -- and nobody to blame.

The president is increasingly frustrated that his raucous campaign-like crowds in friendly red states have not drowned out the Russia investigation or poll numbers that have him sinking to below 35 percent approval -- and those poll numbers are starting to make congressional Republicans nervous.

Now Republicans have launched a counteroffensive.

It's still 15 months until the midterm election, but in some ways the campaign is in full swing. House Republicans unveiled a new website on Monday meant to provide counterprogramming that depicts an alternative 200-day timeline highlighting GOP accomplishments and building up a favorite Republican boogeyman: the media.

“House Republicans aren't distracted by the newest countdown clock on cable news or partisan sniping in Washington, D.C.,” the website, "Did You Know," reads. Republicans hope to blame the press for not writing more about their legislative achievements. Trump even took a break from his vacation to send off a barrage of tweets early Monday morning blasting the “Fake News” media.

“You don’t care about those things. You care about finding a good job, taking care of your family, and achieving the American Dream, and so do we,” the House GOP’s new ad announces.

Of course, some may recall that House Speaker Paul Ryan promised that “this will be the most productive presidency and Congress in our lifetimes” and initially pledged to repeal and replace portions of Obamacare by spring and tackle tax reform before the August recess.

Ryan’s gamble on a glossy new campaign meant to distract from his failed policies is likely to pay off. Republican voters have long been primed to distrust the mainstream media. A poll released late last month found that nearly half of all Republicans are in favor of courts shutting down media outlets that publish biased information. A majority of Republicans also said they support fines for media outlets that put out biased or inaccurate news reports.

A nearly identical video was posted Sunday by Trump supporter Kayleigh McEnany, a former CNN contributor who announced her departure from the network only hours before appearing in the pro-Trump propaganda video. On Monday, it was announced that McEnany would become the next spokesperson for the Republican National Committee.

“Thank you for joining us, everybody. I’m Kayleigh McEnany, and that is the real news,” the conservative television commentator said to end her “News of the Week” segment for Trump’s Facebook page.

McEnany’s seamless transition from CNN to “Trump TV” to the RNC is such a transparent circumvention of the fourth estate that even conservative commentator Erick Erickson complained on Twitter: "How very Soviet."

In fairness, Republicans aren't trying to hide their propaganda push. The Trump campaign said it plans to use its fledgling Facebook show to “continue to promote real news” and to “talk to Americans directly.”