Rep. Tom Cole said on Monday that a "clean" debt raise is a "tough sell to Republicans" 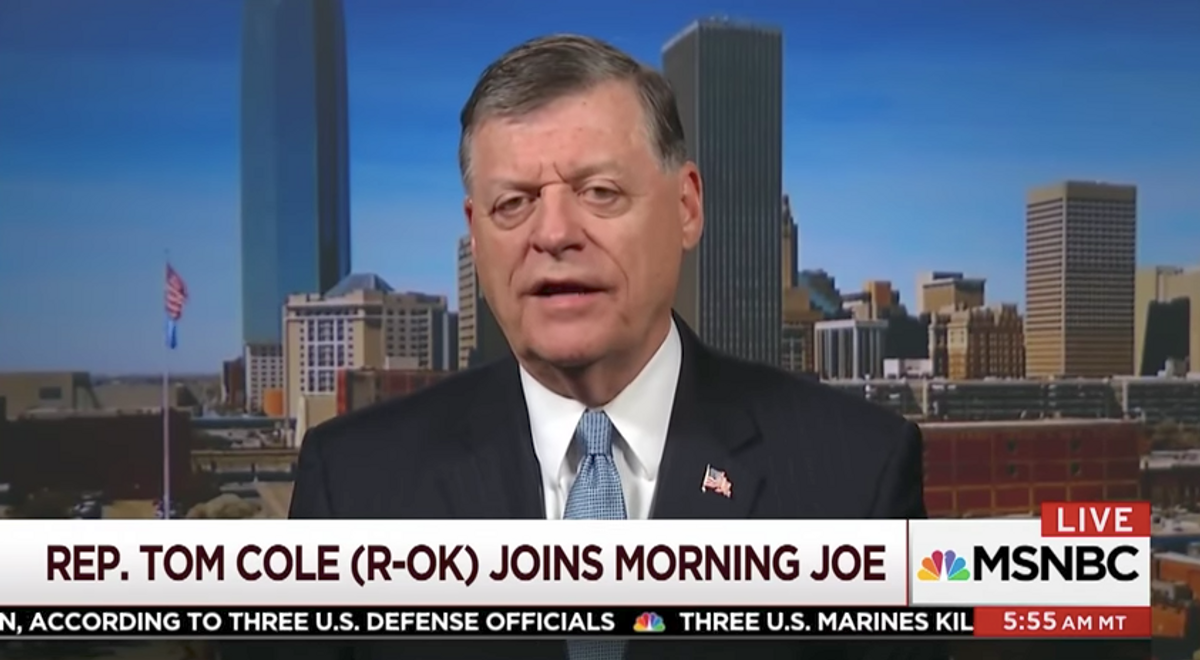 Members of Congress are still enjoying their August recess, but that hasn't stopped the Republicans from intraparty bickering.

"Most Republicans want to do something to lower the trajectory of the debt," Cole continued. "I mean, a clean debt ceiling hike is like having a credit card and saying 'I've reached my limit, I'm just going to change the limit higher without changing any of my spending habits."

President Donald Trump's Treasury Secretary Steve Mnuchin has said that the debt ceiling must be raised by the end of September, or the government will default on its payments. The White House supports a "clean" raise, which means the debt ceiling will be lifted but not include any additional measures such as spending cuts — something Republicans have consistently fought for over the years. A self-induced financial crisis and could likely deliver another blow to the country's credit rating.

Democrats have said they were willing to work with Republicans on the debt ceiling and support a "clean" hike but are worried about Republicans passing majoring tax cuts soon after that could increase the deficit as well as benefit the country's top earners.

With only about a dozen joint working days in September before the deadline, Congress desperately needs to find a way to raise the debt ceiling.