The producer and director behind "Girls," "Knocked Up," and more explains why the right is hopeless in Hollywood 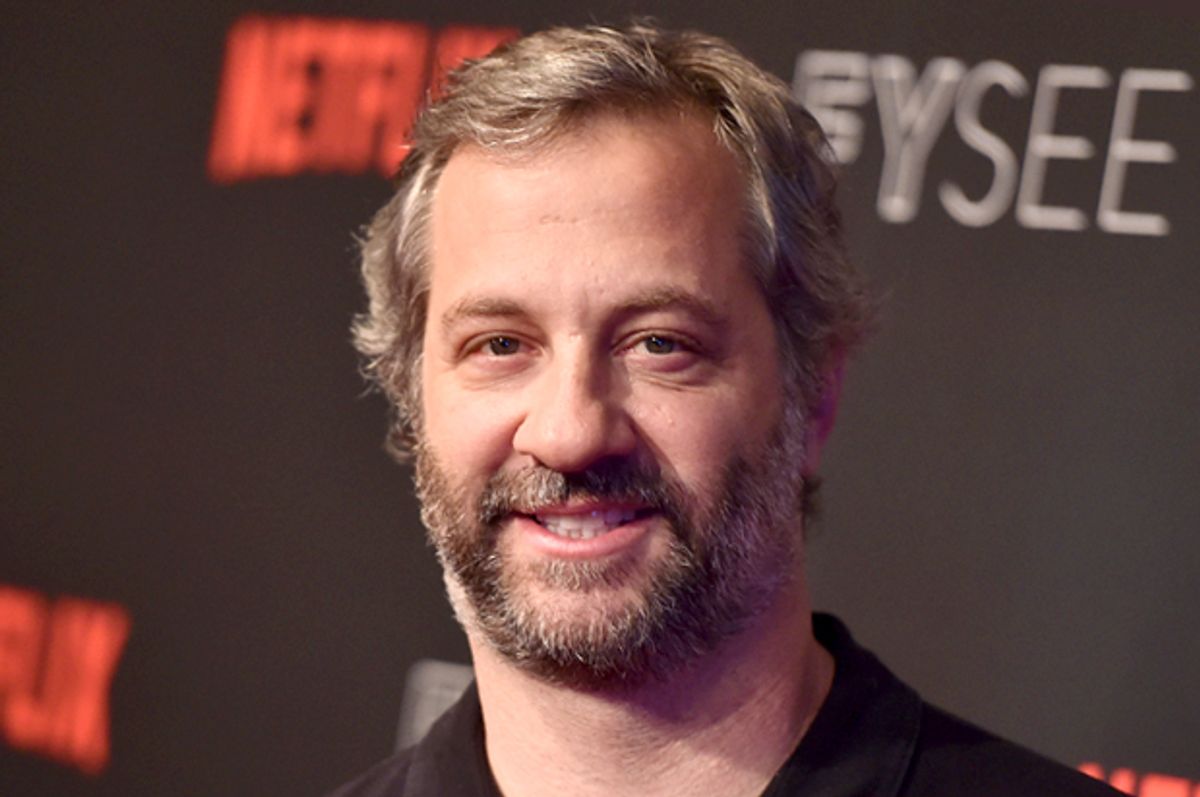 "Last Man Standing" is not, despite the protestations of its red base, a good show. Indeed, the recently cancelled program is yet another in a long list of failed Hollywood attempts to craft solid content using a conservative star while leveraging roughly conservative values. Ratings-wise, quality-wise, the formula rarely works (though the recent "Hacksaw Ridge" and some other projects buck the trend). Dip into the faith-based genre and it just gets worse.

There's no true answer to why conservative-leaning creators can't pair with major (or minor) studios to create GOP-friendly television and cinema (they certainly try). Some of it may be due to — as accused — the industry's supposed liberal bias, but it's unclear.

Producer, director and comedian Judd Apatow, however, has a rather fitting theory as to why right-leaning content rarely works.

A creative force behind "Knocked Up," "The 40-Year-Old Virgin," "Love" and a large stack of Will Farrell movies was discussing his recent standup tour with Vulture when the talk turned to "Girls," the highly progressive HBO show he produced.

In the middle of a response to David Marchese's questions about the series' surprisingly traditionalist ending Apatow said:

I want to feel hope about people’s abilities to incrementally learn. This is related to the reason why you don’t see movies and television about Republican and conservative ideas — because Republicans are trying to present themselves as correct, as clean, as Mike Pence–y. Unlike them, I want people who actually evolve.

Further down in the piece, Marchese asked Apatow if he could ever make a movie about Pence. The producer responded:

When you see Mike Pence, you think there’s a lot going on inside that guy. At least I do. But the problem is that Mike Pence will not tell you that. Lena [Dunham] will. There’s an openness and an honesty to what she does. She’s saying, I have these values, but I’m also a human being, and I make mistakes, and sometimes I’m crazy and selfish and other times I’m loving and supportive. And that’s why there’s no incredible, hysterically funny show about conservatives, because they’re too concerned about trying to present themselves as correct. They’re all going, I’m not neurotic. I’m not a disaster in any way. They don’t admit how lost they are. There’s something dishonest to me about that; it’s living a lie. So for someone to say that Girls is a critique of liberalism because the characters’ lives might be disasters? No, those characters’ lives are disasters because they’re human.

And there it is: The conservative viewpoint indeed has difficulties admitting fault, admitting weakness, admitting doubt or any kind of internal battle. So much of what makes good television or movies hangs on character development, and — in many ways — the conservative viewpoint only allows characters to develop in one, mostly unquestioned way: toward faith and complete confidence. This may be why we get "Last Man Standing" instead of "Catastrophe"; why we get "Atlas Shrugged" instead of "Ulysses."

Of course, it could be something else as well that's holding conservative entertainment back — but Apatow has given us at least a strong working theory for why red-state content mostly, sadly sucks.

The rest of the interview is worth a read (even if Apatow denies being a feminist for some bizarre reason). Check it out here.