"Mother!" trailer: Jennifer Lawrence stars in an Aronofsky film you might actually enjoy

The latest film from the creator of "Black Swan" looks horrific, scarring and perhaps actually fun 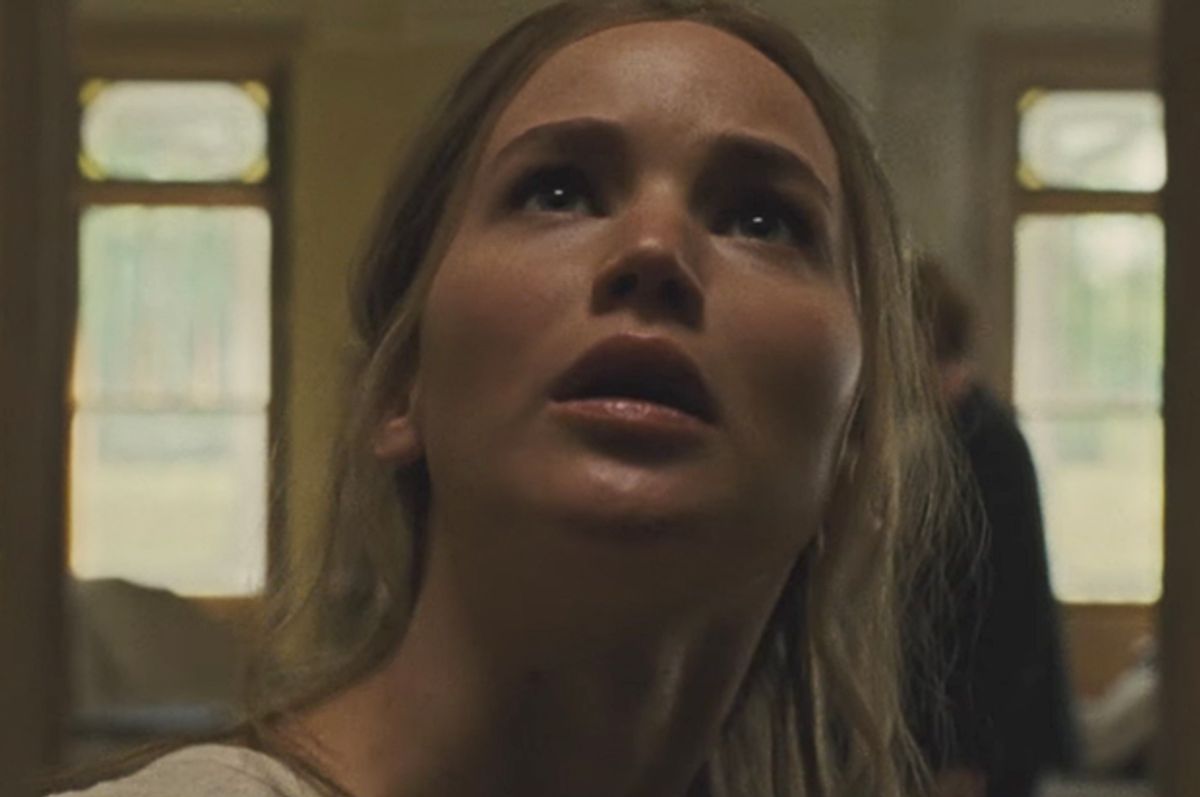 "Black Swan," "Requiem for a Dream," "The Wrestler," "Pi" — unless you are a particular kind of masochist (or sadist), you didn't actually enjoy any of those Darren Aronofsky films. Sure, maybe you appreciated them. Maybe you kind of loved them. But, no, you did not have fun watching Natalie Portman descend into madness or seeing Jared Leto lose his arm to drug addiction (unless that's your thing, and then we have to talk).

This grinding, brutal lack of cinematic fun marks Aronofsky's entire body of work — but the trailer for his latest, "Mother!" suggests that trend may be (that's may be) coming to a close.

Starring Jennifer Lawrence, "Mother!" seems to be the story of a young wife whose domestic efforts at maintaining a pristine house for her partner, played here by Javier Bardem, is interrupted by mysterious strangers and a moldy basement wall that leaks blood. Adulting is hard, guys.

Yes, the trailer is backed by a chorus of the sort of grating strings Aronofsky seems to love (this time provided by "Sicario" and "Arrival" composer Jóhann Jóhannsson). But that only adds to what appears to be a somewhat bonkers, nasty thrill machine of a film. Naturally, there will be gaslighting and questions as to whether Lawrence's character is truly seeing the horrors displayed in the trailer or whether she's losing her mind (it is, after all, an Aronofsky film). Overall, it has a wonderfully manic "Rosemary's Baby" vibe to it and Michelle Pfeiffer looks wonderfully ominous in a supporting role.

Then again, Aronofsky could be playing this seriously, in which case we'd be headed back to "The Fountain" territory. Hopefully the director has finally realized the fun cinematic thrills possible with his particular aggressive style as seems to be the case in the trailer.