Soon the only person left who trusts Trump will be Trump 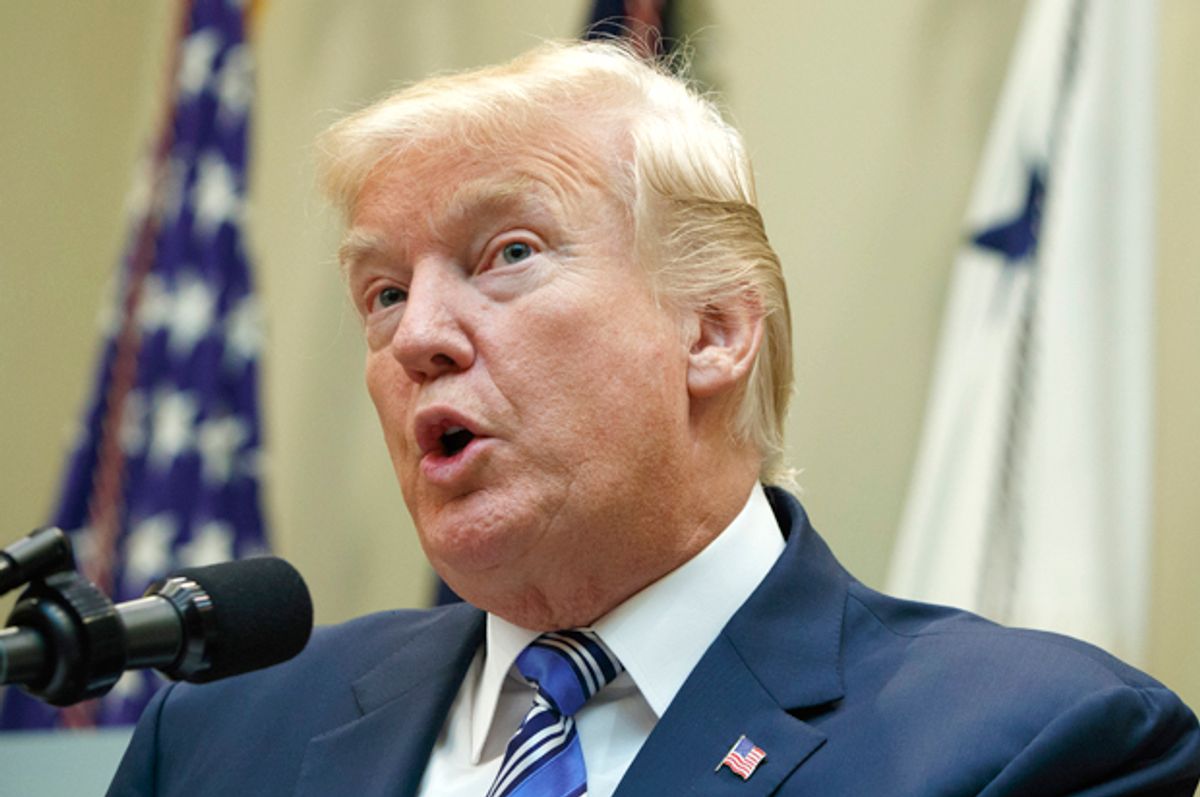 They say trust is the most important part of a relationship — and seeing as about 75 percent of Americans distrust communications from the White House, it might be time to "break up" with the president.

A new CNN poll has revealed the withering faith Americans have in Trump's administration as scandals seem to become more and more commonplace. The approval rating of the president and the White House has hit an all-time low. Overall, only 38 percent of the country approves of how Trump has handled his presidency thus far, while 56 percent say they disapprove.

This percentage has changed drastically since February's poll where about half of the country approved of Trump's actions as president while the other half did not. The last president to have an approval rating below 50% at this point in their presidency was Bill Clinton back in 1993. White voters without college degrees — Trump's largest group of supporters — have also been more critical of Trump's presidency. Their approval of the president has dropped 12 points since February, leaving only 35 percent as fierce advocates.

The approval rating of the Republican-led Congress has also seen a decline, dropping from a strong 73 percent in February to a paltry 59 percent in August.

However, these numbers are not nearly as telling as a number of people left who still trust the president. According to the poll, only a quarter of the country trust all or most of the communications that come from the White House, while 30 percent trust "nothing at all." Further, 62 percent say Trump's actions and statements after taking office have "made them less confident in his ability to be president."

As most Americans — 59 percent to be exact — feel Trump does not pay enough attention to the most pressing issues of the country, it would be wise for the President to focus, at least fractionally, less on keeping his Twitter up-to-date and more on the country's affairs.

After 200 days, rarely has any Administration achieved what we have achieved..not even close! Don't believe the Fake News Suppression Polls!