The Interior secretary may want to reduce Bears Ears and other national monuments. That's the wrong direction 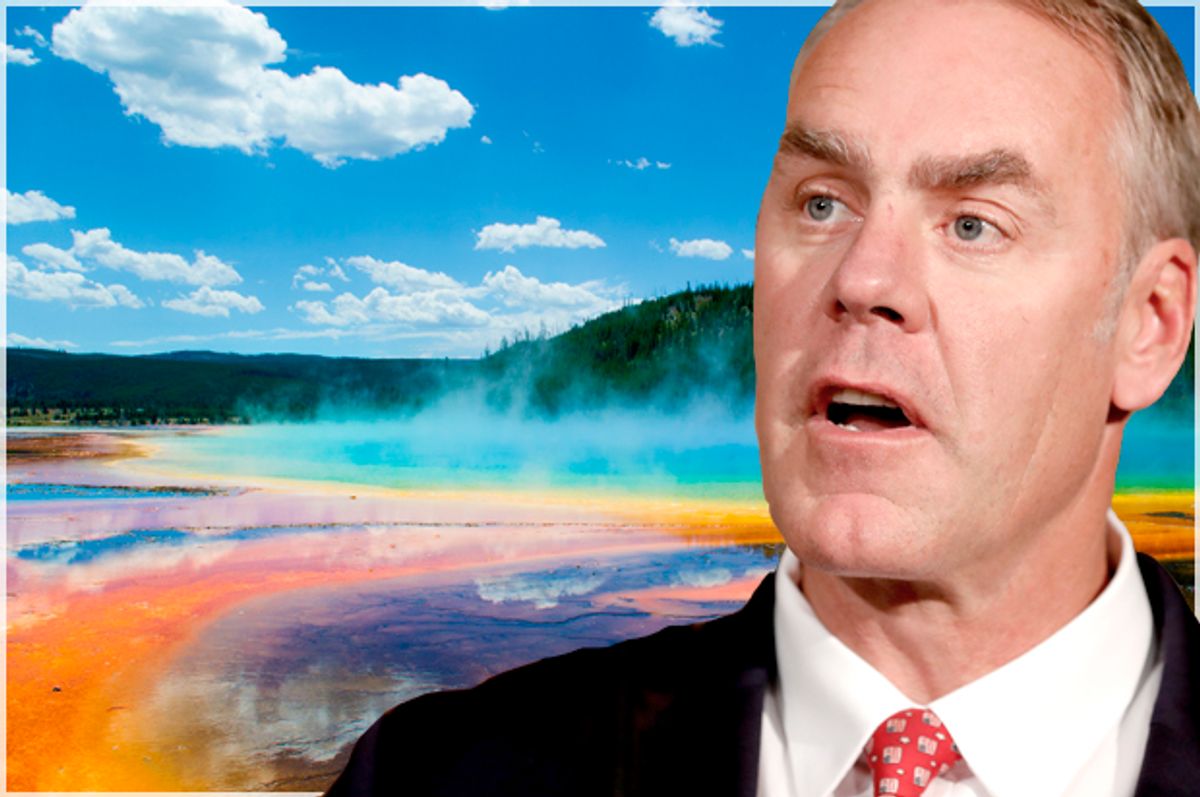 As Interior Secretary Ryan Zinke implements President Trump’s order to review 27 large recent designations of national monuments, he seems to be settling on the issue of boundaries. Although a full report is due later in August, Zinke’s June preview of his plan for Utah’s 1.3 million-acre Bears Ears, the most hotly-contested monument, suggested scaling it down.

Zinke’s report called for the boundaries of Bears Ears to incorporate only “the smallest area compatible” with protection of features such as archaeological sites. Although it did not specifically identify the desired changes, the proposal was seen as a signal that other national monuments could also be recommended for reduction, an option not explicitly mentioned in Trump’s original order.

Politically, Zinke effectively anchored his legal arguments in the phrasing of the 1906 Antiquities Act. He portrayed himself as a Solomon who listened to all sides and sought the best compromise rather than a mere thumbs-up or -down. And he distanced himself from whether such actions would constitute “lawful exercise of the president’s authority.” Many scholars believe the law doesn’t allow a president to take such actions, and no previous administration has tried.

Furthermore, by highlighting the imprecision of boundaries, Zinke taps into an issue dating back to the very first designations of national parks and monuments. For example, because I live near Yellowstone National Park, I’m often asked why Yellowstone, which is located primarily in Wyoming, also laps over a few miles into Montana and Idaho. The answer is that its initial boundaries were drawn with little understanding about how much area was needed to protect its natural wonders.

The act establishing Yellowstone set its northern boundary at the confluence of the Gardner and Yellowstone rivers, perhaps because that offered a landmark potential settlers could recognize more easily than the Wyoming boundary at the 45th parallel, an imaginary line about three miles away.

Meanwhile, the eastern and western boundaries were set as 10 miles beyond the edges of Yellowstone and “Madison” Lakes, respectively. “Madison” apparently referred to Shoshone Lake; given the confusion in names for this rugged, unexplored area, the explorers may not have even realized the relation between the boundary and the territorial border.

Within a few years, Yellowstone superintendent P.W. Norris expressed interest in squaring the boundaries. But he also wanted to expand far to the east and south. The earliest explorers had sought to protect only geysers and other thermal features. By the 1880s, Yellowstone’s wildlife was also considered worthy of protection, and so Norris sought expanded habitat. After these efforts were stymied in Congress, in 1891 Yellowstone advocates persuaded President Benjamin Harrison to set aside the expanded-boundary lands as a “timber reserve,” the precursor to today’s national forests.

A similar story played out in Yosemite. Its central valley and the Mariposa Grove were set aside as a state park in 1864. But soon activists such as John Muir were arguing for expanded boundaries to protect greater wonders. The 1890 establishment of Yosemite National Park was a boundary-altering effort; the new national park encircled the old state park, and indeed they were not merged until a few years later.

In other words, history demonstrates a theoretical soundness to Zinke’s approach: Boundaries change. People shift priorities, or come to realize previous errors. After beta testing, a product can be adjusted to real-world conditions.

In researching "Wonderlandscape," my new book about the evolving fame of Yellowstone, what most amazed me was the way Americans kept changing our minds about what we wanted from a national park — and the way Yellowstone kept meeting those new needs. For example, Yellowstone offered geysers to match the 1870s fascination with oddities, habitat to match the 1890s concerns with wildlife extinction, and rugged-yet-tame landscapes to match the 1910s nostalgia for a bygone frontier.

Yellowstone’s boundaries may have once been “too big” to protect the resources identified in 1872 — but that extra size is what gave it the capacity to grow with American society. We might benefit from giving newer monuments such as Bears Ears such opportunities as well.

John Clayton is the author of "Wonderlandscape: Yellowstone National Park and the Evolution of an American Cultural Icon," just published by Pegasus Books.