WATCH: Rethinking police violence through the "invisible" experience of women of color

Author Andrea Ritchie highlights violence and discrimination against black women, which often stays in the shadows 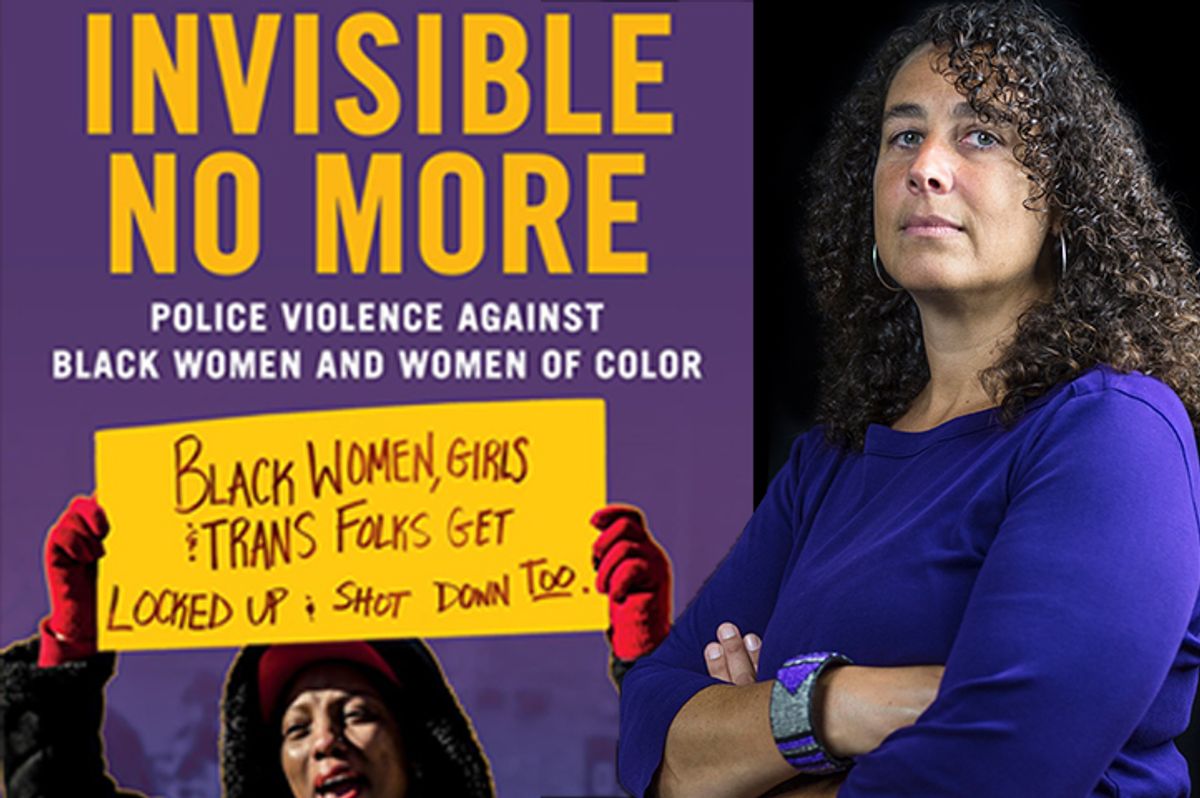 Activists, especially through Black Lives Matter, have been able to bring more public attention to the problem of police violence against people of color. Now lawyer and author Andrea Ritchie, in her book “Invisible No More: Police Violence Against Black Women and Women of Color,” hopes to draw attention to the ways that gender and race intersect to make women of color’s experience of police violence both unique and, unfortunately, largely invisible.

Ritchie spelled out some of the findings from her densely researched book with Salon Talks.

Why so much police violence against women is invisible

Lots of police violence against women happens in private. It happens in the context of sexual harassment or sexual extortion, which will happen often in a police car or an alley or late at night, or not somewhere where there’s cameras filming. And sometimes you can’t tell when you’re filming, what’s happening or what the conversation’s about. And then often it happens in the home, in the context of responses to violence, calls for help, as in the case of Charlena Lyles who called for help and wound up dead in Seattle.

We don’t think about police sexual harassment and sexual violence as a form of police violence, or as a consequence of racial profiling and targeting.

How the “broken windows” theory of policing discourages community engagement

"Broken windows" policing is a paradigm that privileges certain people’s presence in public and discourages other people’s presence in public space. I’ve heard from many young people of color that they just don’t want to leave their house in the morning to go to school, to go to work, to go to the park to play, because they just don’t know what kind of interaction is coming. They don’t know if going to the store to get a bag of chips is going to lead to a night at the precinct and don’t want to risk it. Or they’re just tired of the constant police harassment.

Watch our conversation to learn more about Ritchie’s research on how women of color are affected by racial profiling and police brutality.