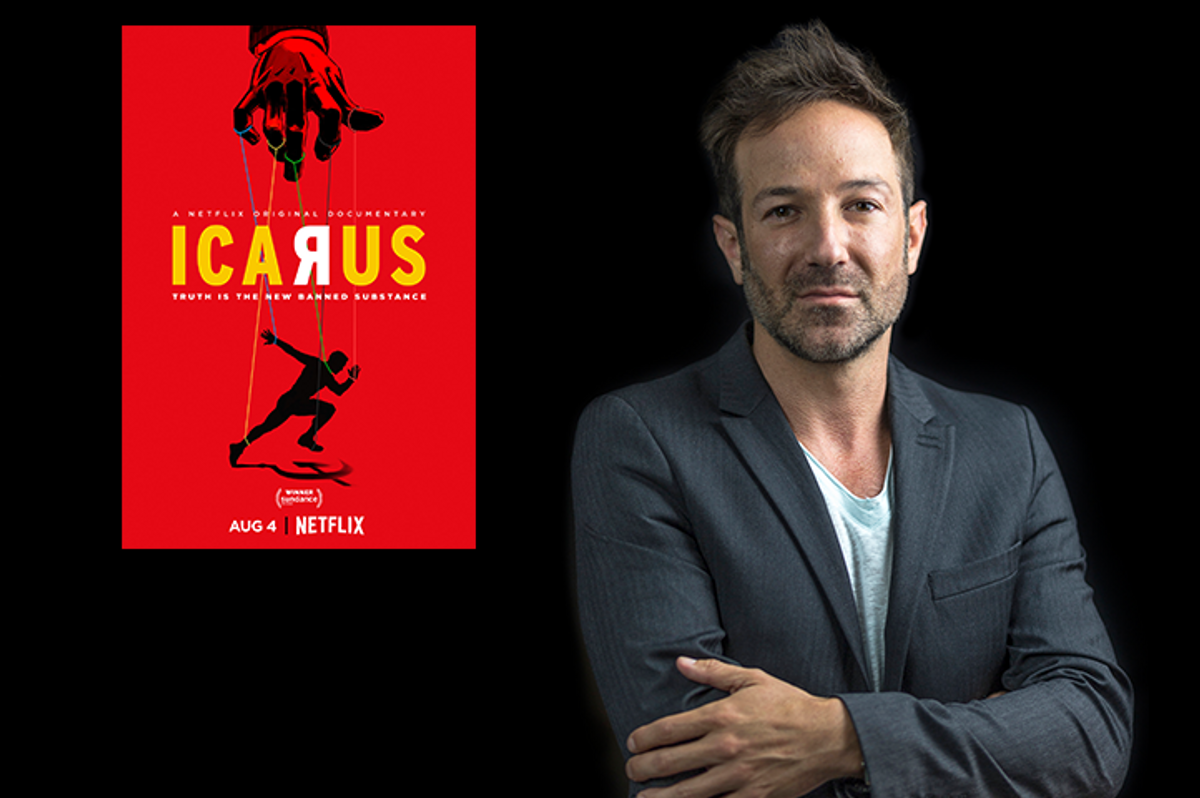 When amateur cyclist and Netflix “Icarus” director Bryan Fogel set out to make a film about doping in sports, he wanted to show how athletes master the art of evading detection by taking performance-enhancing drugs himself and attempting to pass anti-doping laboratory tests.

But while Fogel’s personal experiment is very much a part of “Icarus," it’s the participation of renegade Russian scientist Dr. Grigory Rodchenkov, a pillar of Russia's anti-doping program, that catapults the film into another realm: exposing Russia’s state-sponsored doping program.

Turns out, Rodchenkov, who advised Fogel on drugs, dosage and even smuggled his urine samples to Russia for testing, was the mastermind and eventual whistleblower behind Russia’s state-sponsored doping program. He became the center of an investigation into Russian doping during filming.

On a recent episode of "Salon Talks," Fogel commented on directing "Icarus," streaming now on Netflix, and his relationship with Rodchenkov.

On how Russia is reacting to the film:

I don’t think that anyone can be surprised that Russia is going to be upset by this film. We’re also going to continue to see, just like we see in the film, Russia’s denial. I mean, their government essentially holds no accountability to the truth, so I think that their reaction is going to stay on par with what we’ve already seen in the media to how they’ve reacted to election hacking, et cetera.

On becoming a character in his own film, similar to Morgan Spurlock's role in “Super Size Me":

I was committed to the project. I essentially got financing to basically stick myself with a lot of needles, dope, and see how much better I would do [at cycling] and evade positive detection. So I went all in and injected myself with a lot of hormones and vitamins and erythropoietin.

How did you develop trust with Dr. Grigory Rodchenkov? Why was he so open with you?

It was boggling, and it was head scratching. Everything that he was doing and everything that he was advising me on, he shouldn’t have been doing. This was against WADA (World Anti-Doping Agency) code. This was against all ethical conduct, that a lab director would be teaching me how to dope and then offering to smuggle my urine samples back to Russia to test them. But, on the other hand, this is what he had been doing his entire life, his entire career, and we developed a friendship.

Before the filming for “Icarus” even began, Fogel said he promised Rodchenkov that he would be able to watch what was filmed and assure that it would not harmful to him upon release.

Watch our entire conversation for more on the film.