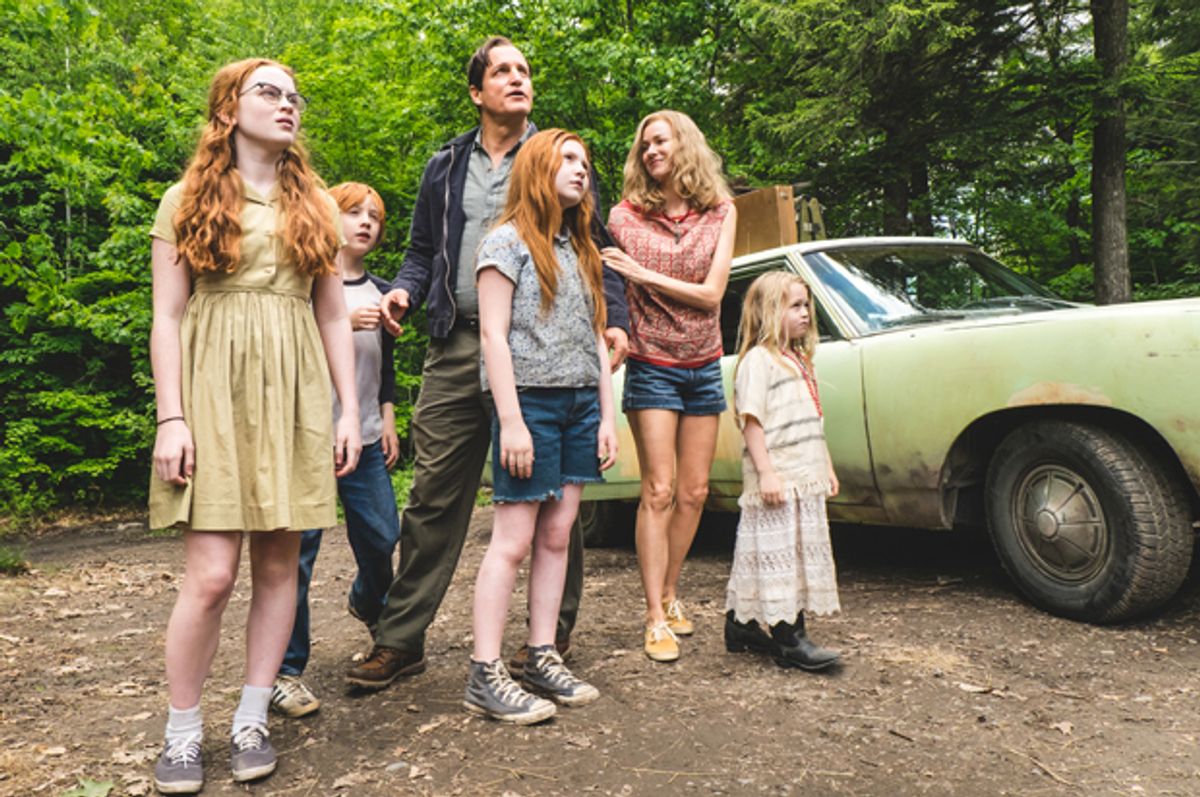 When filmmaker Destin Daniel Cretton read Jeannette Walls’s 2005 memoir, “The Glass Castle,” about Walls’s experience being raised by eccentric, free-spirited, sometimes neglectful and abusive parents, he thought, “Oh, some of these stories are so extreme, they might be slight fictionalization of memory.”

In the book, Walls recalls the family’s dramatic, sometimes dark, escapades, which include fleeing bill collectors, hospitals and child workers, galling parenting decisions (letting an unaccompanied three-year-old boil hotdogs) and touching gestures (Jeannette’s father, Rex, giving her the planet Venus as a Christmas gift); she renders her father a complicated giant, equal parts seductive and destructive. The Walls children may have lacked for basic care, but never for adventure.

Walls’s childhood was so rich in drama and her storytelling so deft, that the memoir became a quick and undeniable hit. It received glowing reviews. And it spent 261 weeks on The New York Times Bestseller list. That’s more than seven years. It didn’t take but one thought for the book to be optioned as a movie. In 2005, Paramount Pictures and Brad Pitt’s Plan B productions acquired the rights to the story.

Twelve years have passed since the book’s original publication and the story’s initial film optioning. During that time, several screenwriters have taken a pass at the story and the cast has gone through numerous incarnations. Jennifer Lawrence was initially slated to star as Jeannette, with Mark Ruffalo once rumored to play Rex and Claire Danes to play Jeannette’s mother, Rose Mary.

Sometimes a film’s intermediate stages are more compelling than the finished product. What would Edgar Wright’s “Ant Man” have looked like? What about a Francis Ford Coppola’s “The Great Gatsby”? Other times, the finished film seems like the one that was destined, and it renders all intermediate incarnations unimaginable. That is the case with “The Glass Castle.”

Daniel Destin Cretton adapted the book with Andrew Lanham. The pair, according to Walls, were “really smart about getting at the heart of the book.” She said: “A couple of other screenwriters had taken a stab at it, and they were good screenplays, but Destin immediately said, ‘This is about the relationship between the daughter and the father,’ and he went into that, and I thought he cracked it right open.”

Cretton is best known for his second feature, “Short Term 12,” which starred Brie Larson as a supervisor at a residential treatment facility, who has to confront her children’s problems as well as her own. Besides starring Larson, both films are affecting dramas that show Cretton to be a profoundly earnest filmmaker whose work tugs at the heartstrings and doesn't send the eyes rolling in their sockets. Subtle humor is essential to his success. So are his actors’ performances.

Rex Walls (Woody Harrelson), who is not the protagonist but is the star of the film, is a mercurial character prone to grand statements and gestures. He is his children’s self-appointed teacher and he tells them things like, “You learn from living. Everything else is a damn lie” and, when teaching Jeannette how to swim, “I can’t let you cling to the side your whole life because you’re afraid to swim.” Harrelson voices these lines with such conviction and charisma that they don’t sound grandiloquent or phony. The character is as enchanting to the audience as he is to the family. So when his family forgives him for acts that seem unforgivable, it makes sense.

Larson and Naomi Watts play more subtle roles, but each portrays their character multidimensionally and naturally. Each is a great actor, so perhaps it is a given that they would render their characters familiar, practically tactile. But each — Harrelson too — is as good as ever under Cretton’s direction. And part of the reason may be due to his shooting style. Cretton has said that he shoots handheld “so that it loosens it up a bit and we can respond to things.” As poetically written as some of the dialogue is, the style makes it all seem spontaneous.

Cretton did fictionalize parts of the story, adding dramatic embellishments and narrative tissue. But his greatest feat may have been telling the story in such a way that viewer doesn’t leave the theater going, “Oh, some of these stories are so extreme, they might be slight fictionalization.” They’re too consumed by the ride.