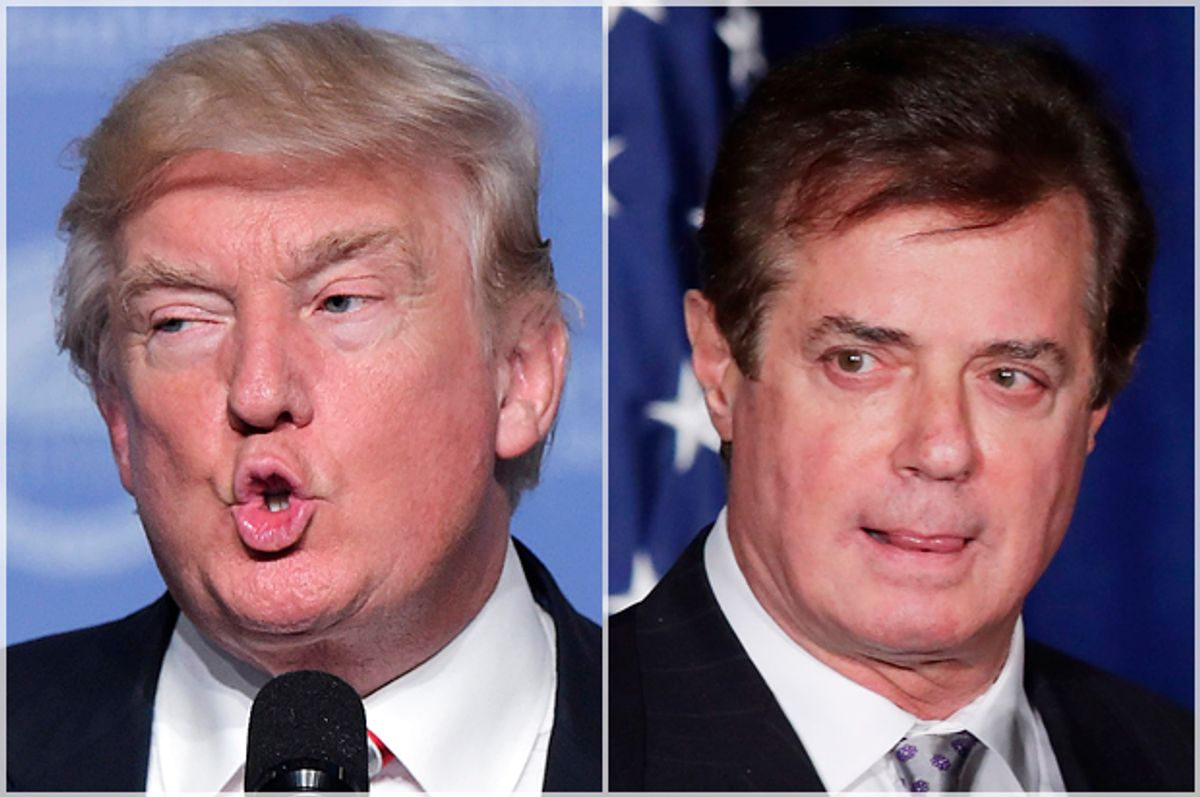 After obtaining a search warrant, the FBI raided the home of President Donald Trump's former campaign chairman, Paul Manafort, in the early morning hours on July 26 in order to "seize documents and other materials," according to the Washington Post.

The raid occurred at Manafort's home in Alexandria, Virginia, the day after his voluntary meeting with the Senate Intelligence Committee. According to the Post, he was not told ahead of time that federal agents would show up at his front door:

The search warrant was wide-ranging and FBI agents working with special counsel Robert S. Mueller III departed the home with various records. Jason Maloni, a spokesman for Manafort, confirmed that agents executed a warrant at one of the political consultant’s homes and that Manafort cooperated with the search.

Manafort has been voluntarily producing documents to congressional committees investigating Russia’s interference in the 2016 presidential election. The search warrant indicates investigators may have argued to a federal judge they had reason to believe Manafort could not be trusted to turn over all records in response to a grand jury subpoena.

CNN's Jim Sciutto pointed out that "the FBI would need to show probable cause that a crime was committed," in order to obtain the search warrant.

The Post reported that the raid was executed during "predawn hours."

A few short hours later, as has been noted, Trump fired off his third and final morning tweet in which he announced his intentions to ban transgender people from serving in the military "in any capacity" --  despite having not drawn up real plans to actually implement the order, which blindsided the Joint Chiefs of Staff. The president is now being sued by five U.S. service members for his proposed ban.

Trump has in the past attempted to seize control over the daily media narrative that has been dominated by the Russia investigation. For starters, he flatly said it was the reason he fired former FBI Director James Comey. It was also reported that Trump has indirectly sent messages of "appreciation" to Mueller. When it was reported that the president's oldest son was looking to receive damaging information on Hillary Clinton from a Russian lawyer, Trump helped put together the initial statements that were deliberately misleading and didn't contain all of the details.