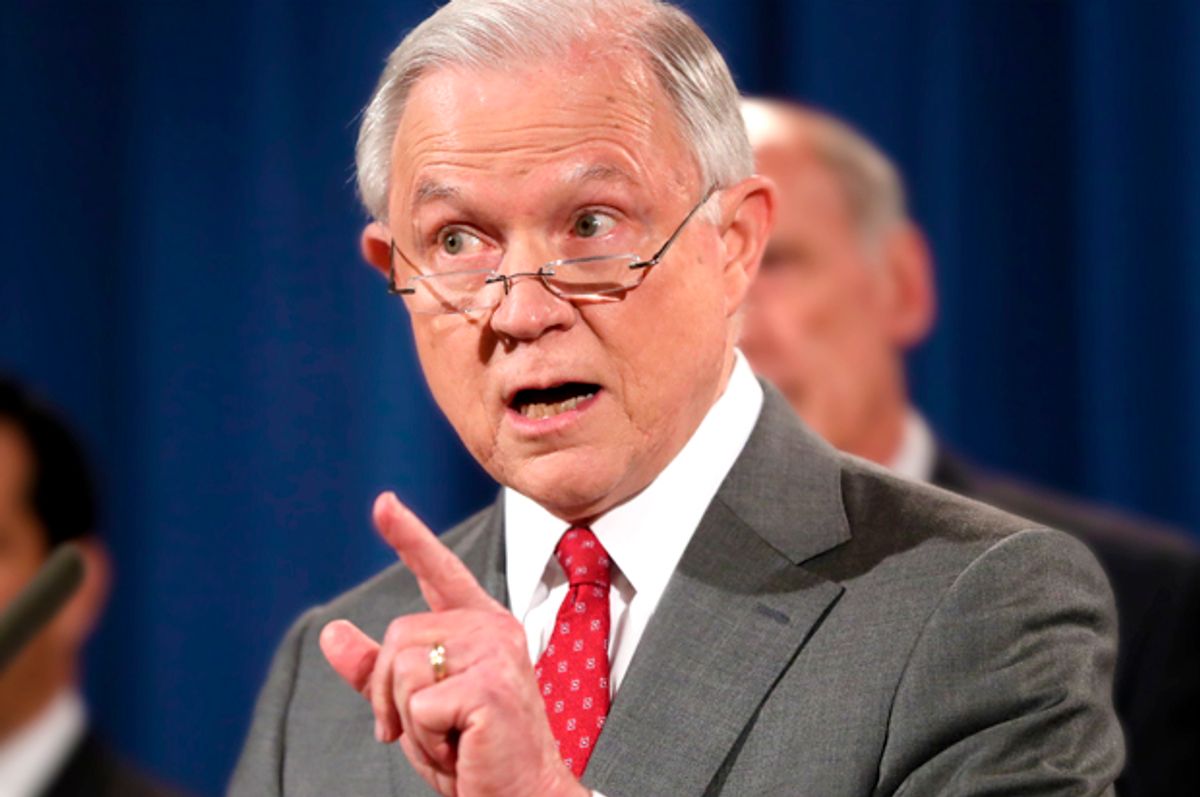 On Monday, the Justice Department filed an amicus brief that sides with the state of Ohio in a controversial case regarding voter purging that is currently before the U.S. Supreme Court, according to NBC News.

In an amicus brief filed Monday, the DOJ solicitor general argued that the state's purge process — in which voters who do not vote over a six-year period, and do not respond to a single piece of mail asking them to confirm their registration two years in, are removed from the voter rolls — is legal under federal law.

The decision is a major reversal for the Justice Department, and vastly differs from their stance under former President Barack Obama.

This isn't the first time President Donald Trump's administration has made efforts to crack down on voting laws. Before he even took office, Trump set the tone when he baselessly asserted that he would have won the popular vote had it not been for "the millions of people who voted illegally."

Trump established an Election Integrity Commission once taking office, led by Kansas Secretary of State Kris Kobach, widely viewed as a pioneer of vote-suppression tactics. The panel has been plagued with controversy: It was stacked from the get-go with some of the leading architects of voter suppression and has been accused of misleading the courts. The firm that Trump cited as his source of information on those millions of illegal votes hasn't produced any evidence because it is scaling back while under audit.

In late June, on the same day Trump's voter fraud commission demanded sweeping voter data from all 50 states, the DOJ "sent a letter to 44 states informing them that it was reviewing their voter list maintenance procedures and asking them how they planned to 'remove the names of ineligible voters,'" as Mother Jones reported.

"Monday’s filing was further confirmation of some of our worst fears about the Trump administration’s crackdown on voting rights," said Vanita Gupta, a signatory of the Obama Justice Department brief, according to NBC. "Yesterday, the Justice Department abandoned a longstanding view, articulated in a 2010 guidance and through numerous court filings across Democratic and Republican administrations, that the National Voter Registration Act of 1993 prohibits voter purge practices like the one under litigation in Ohio."