Why the NAACP said "enough" to school privatization 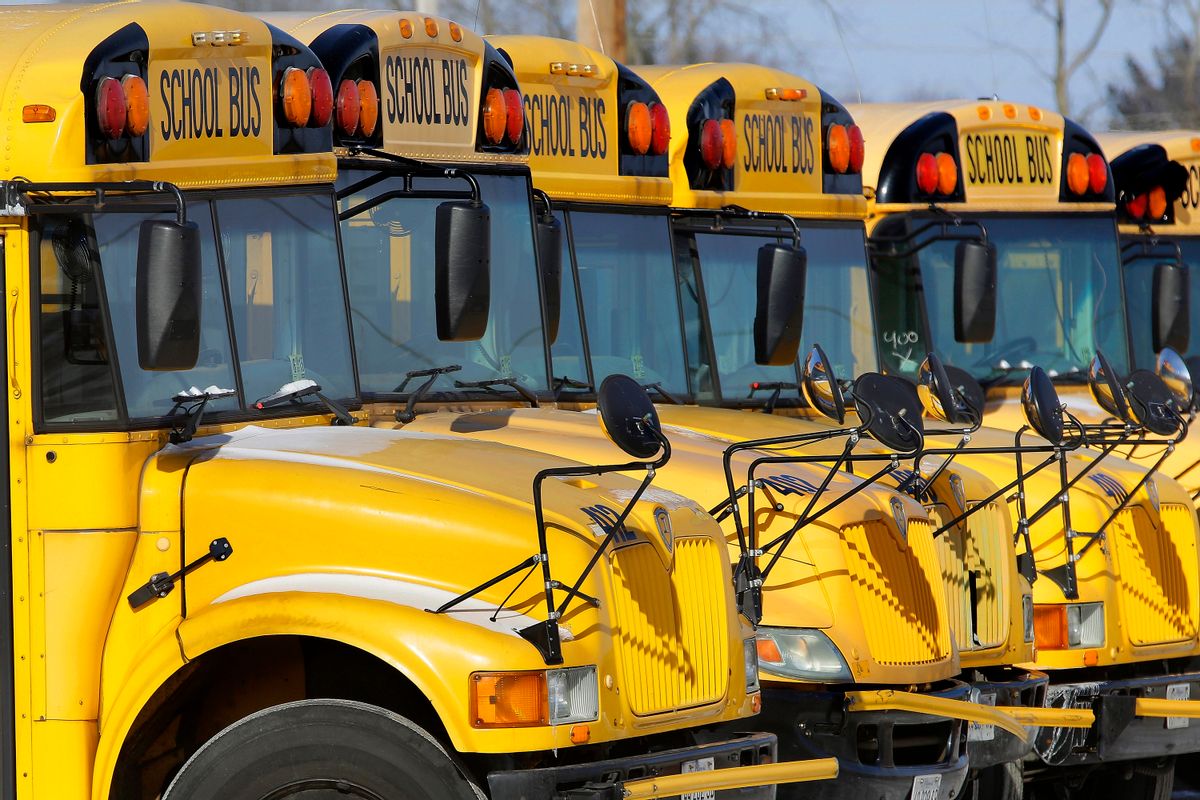 The reaction to the NAACP’s hard-hitting new report  on charter schools, calling for tighter regulation and an end to for-profit schools, was swift and furious. Charter advocates and school choice proponents painted the NAACP as out of touch, or worse, doing the bidding of the teachers unions. These critics are missing what’s most important about the civil rights group’s strong statement. School privatization has allowed state governments to avoid their obligation to educate children of color, especially the poor. The NAACP said “enough” this week.

First, some background. Last year, the NAACP passed a resolution calling for a moratorium on the expansion of charter schools until problems with accountability and the loss of funding from traditional public schools are addressed. The civil rights organization then formed an education task force that spent the year visiting cities, including New Haven, Memphis, New Orleans and Detroit. The report issued this week expands on the previous resolution and reflects the testimony of parents and practitioners. Among the task force's recommendations: tighter regulations and oversight for existing charters, a ban on for-profit charters, and a reinvestment in traditional public schools.

In response, charter advocates were quick to take their case to the press, citing school performance data and polls on the popularity of charter schools among Black parents. Think pieces and commentaries have called out the NAACP as irrelevant, under the sway of the nation’s two teachers unions, and too willing to ignore the failings of public education. As school choice advocate Chris Stewart wrote in his response to the NAACP report: “If the NAACP is honest, it will apply the same demands to all public schools. If it cares about the education of Black kids, it will stay focused on the inequities in the system.”

I'm convinced that the NAACP is doing just that. The conversation about the failings of public education is worth having. However, too many folks are missing the larger point that the NAACP is making: state governments must be held accountable for the education of Black and Brown children. School privatization has allowed state governments to avoid their obligation to educate children of color, especially poor children.  The erosion of the public commitment to educating all kids is sadly ironic when you consider that it was Black people who pushed hardest to make free public education a reality for all.

Here is what the abandonment of the public responsibility for educating all kids looks like. State policymakers declare themselves fed up with overseeing underperforming public schools in poor Black and Brown neighborhoods. Some policymakers, at the behest of their constituents, rather than seeking solutions to improve these schools, tell families that the schools are so bad that they can't be improved. Families are then told that “experts” will be invited to improve the education of their children. This “strategy” takes the burden of educating poor children of color off of the state, which many believe is a waste of tax money considering the continuous underperformance of city schools. This strategy also paints education policymakers in an innovative light; they look as though they are thinking outside the box to attack a problem largely created as a result of the state’s own negligence.

According to the NAACP task force, charter schools are exacerbating racial segregation, a topic that critics of the civil rights group have been largely dismissive of. The larger issue is that outsourcing the education of students of color abandons the spirit of integration. School choice and the proliferation of charter schools prevent people of color from holding state governments to the obligation required of them as per Brown v. Board of Education. The NAACP report documents the consequences of this abandonment: inadequate funding of urban schools, a lack of accountability and oversight for charter school, most of which are concentrated in urban communities, the disproportionate exclusionary discipline of Black students, high teacher turnover, and an absence of teachers of color in both charters and traditional public schools.

The “failure” of public education is not the fault of the poor children of color who attend underperforming schools, but the failure of government to get integration right. Had school integration been a true process involving genuine fellowship of Black and White students and a co-laboring of Black and White practitioners, our children wouldn’t be subject to the injustices they deal with on a daily basis. But instead, Black students were sent to White schools that had no desire to affirm their identity, while Black teachers and administrators were sent away by the thousands in the wake of Brown v. Board.

Some critics are painting the NAACP as being in opposition to the efforts of Black and Brown families to determine the education of their own children by choosing to send them to charter schools. What these folks fail to see is that school competition isn't competition at all. It is simply the passing of the buck away from public responsibility. As a former charter school teacher, I believe that some charters can succeed where public schools haven’t. But let’s not fool ourselves. We can’t outsource our way to the physical and psychological liberation of Black and Brown students. Privatization and school choice let public officials walk away from the responsibility of educating all kids. Advocates will make the claim that charters and voucher programs offer poor students of color the same opportunities for access and success that students in wealthier communities enjoy. But no one is talking about the state abandoning its responsibility to affluent students.

With its powerful statement this week, the NAACP sent a message to elected officials and state and local governments — that they are accountable for educating children of color, and need to get back on the job. I am not sure why anyone would have a problem with that.