Shock poll: Majority of Republicans would approve of Trump postponing the 2020 election 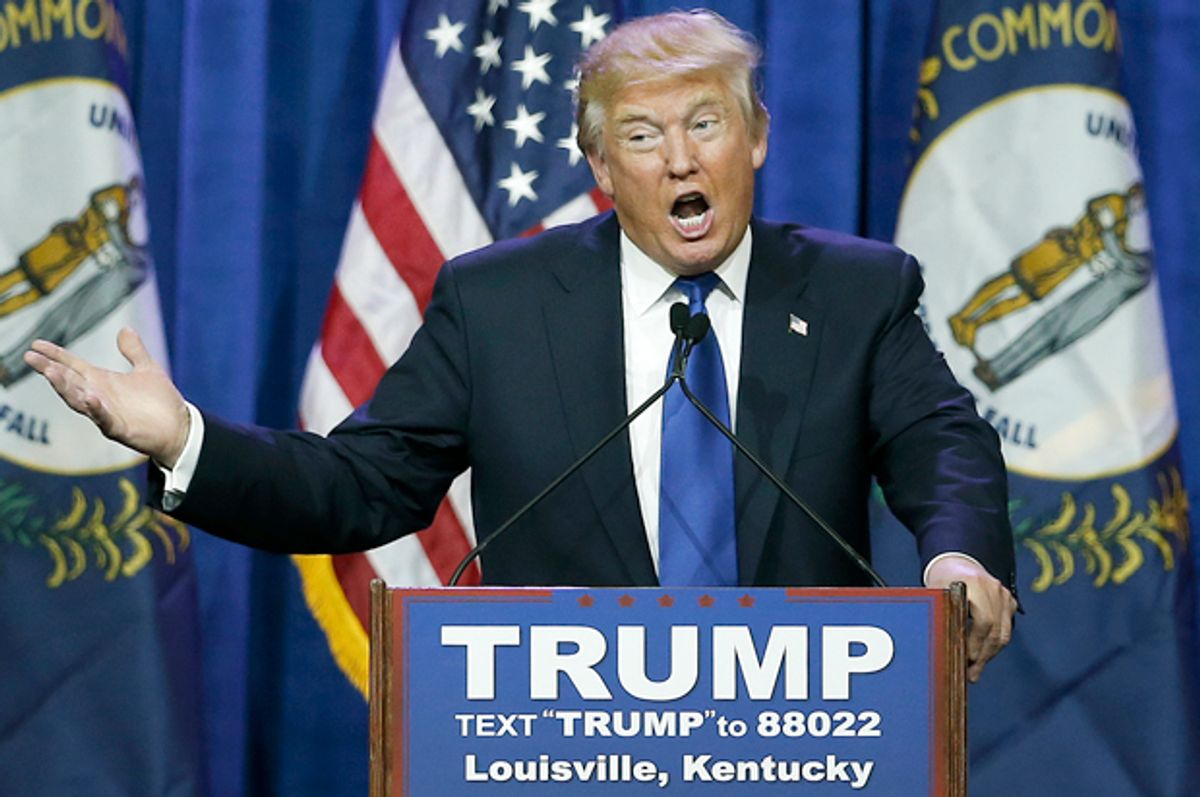 A majority of Republicans would be fine with President Trump postponing the 2020 elections, according to a poll published by The Washington Post on Thursday.

A stunning 52 percent of Republican respondents indicated in the survey that they would support postponing the next presidential election if it ensures that voter fraud -- a right-wing myth that Trump has perpetuated since before losing the popular vote last November -- would be eliminated.

The poll, conducted by a pair of researchers from Yeshiva University and the University of Pennsylvania, interviewed 650 self-identified Republicans in the Qualtrics online panel from June 5 through 20. Online polls are typically treated as less reliable than live-interview polls, but that wasn't always the case in the 2016 elections.

The poll asked two questions regarding the postponement of the 2020 election:

If Donald Trump were to say that the 2020 presidential election should be postponed until the country can make sure that only eligible American citizens can vote, would you support or oppose postponing the election?

What if both Donald Trump and Republicans in Congress were to say that the 2020 presidential election should be postponed until the country can make sure that only eligible American citizens can vote? Would you support or oppose postponing the election?

The responses to these questions only substantiated the rising tide of tribalism in America: 52 percent of Republicans indicated they would support postponing the 2020 election if Trump suggested it, while 56 percent said that they would do so only if both Trump and a Republican Congress suggested it.

The poll has already stirred a bit of a controversy online. Business Insider editor Josh Barro denounced the poll in a tweet Thursday morning.

Yet others thought it was a good data point to have moving forward.