Take a peek at the second season of Netflix's bio-series on the young Queen Elizabeth. 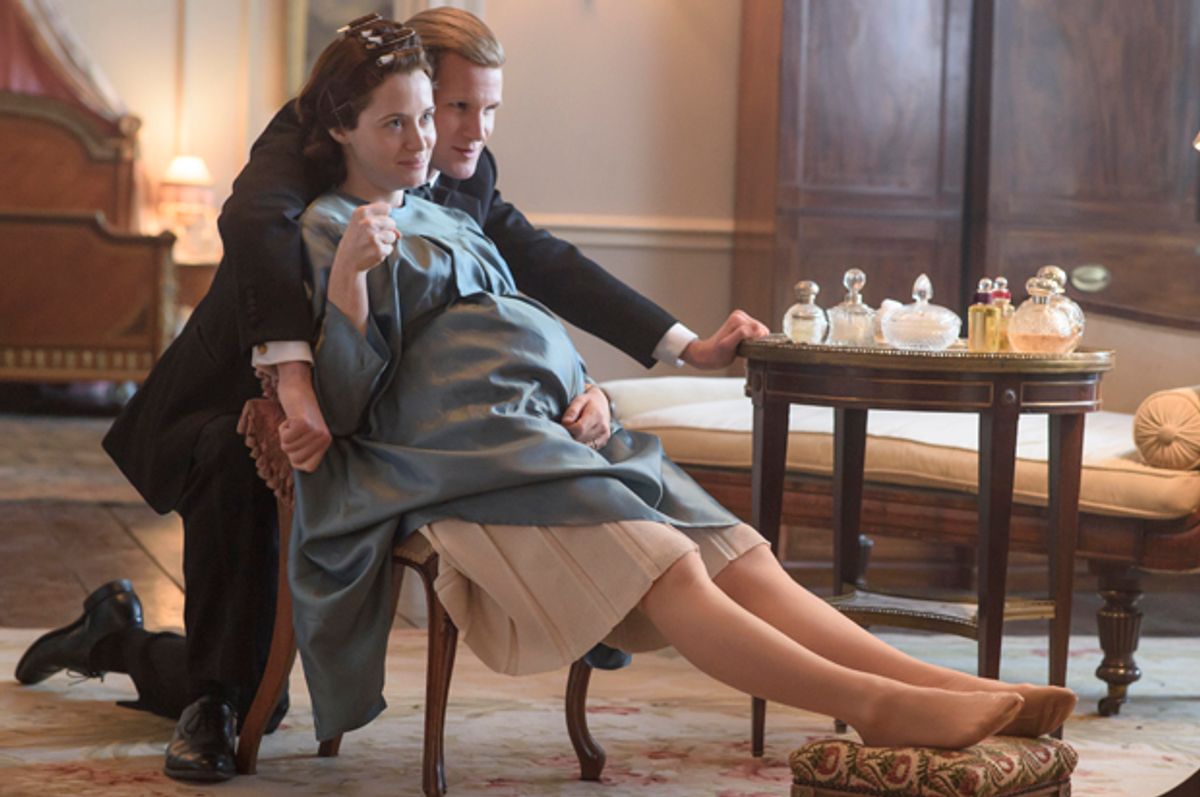 The season 2 trailer for Netflix's super-luxe, peak-TV profiterole "The Crown" seems to want you to think things have gotten even more tense for the young Elizabeth II than they were in the ever-so-anxious season 1. The cinematography is darker. The music is sharper. The icy-icy stares are icier.

And, indeed, history bears out that the Queen (the wonderful Claire Foy) has a bumpy path in front of her. Not only will prime minister Anthony Eden (Jeremy Northam) and the country suffer through the Suez crisis, but his failing health and drug addiction as well.

In the Queen's family life, Princess Margaret (standout Vanessa Kirby) will fall into a troubled marriage with photographer and commoner Antony Armstrong-Jones (Matthew Goode of "Downtown Abbey"), and Prince Phillip (Matt Smith) will continue to be very, very difficult. Sorry for the spoilers there, but this is history after all.

On the upside, the shining President John F. Kennedy (Michael C. Hall of "Dexter") and First Lady Jackie Kennedy (Jodi Balfour of "Bomb Girls") will drop by the palace to inject a little star power. Also new to the cast is Anton Lesser ("Game of Thrones") as Prime Minister Harold MacMillan.

The first season of "The Crown" was well received, with a 90 percent approval rating on Rotten Tomatoes, multiple nominations for multiple awards and a Golden Globe for best drama series and best actress for Claire Foy to its name. It's also nominated for 10 awards in this year's Emmys.

"The Crown," its period costumes and all that delicious, anxious drama returns to Netflix December 8. See the full trailer below.