People often only make the effort to challenge their prejudices when they are engaged in struggle with others. 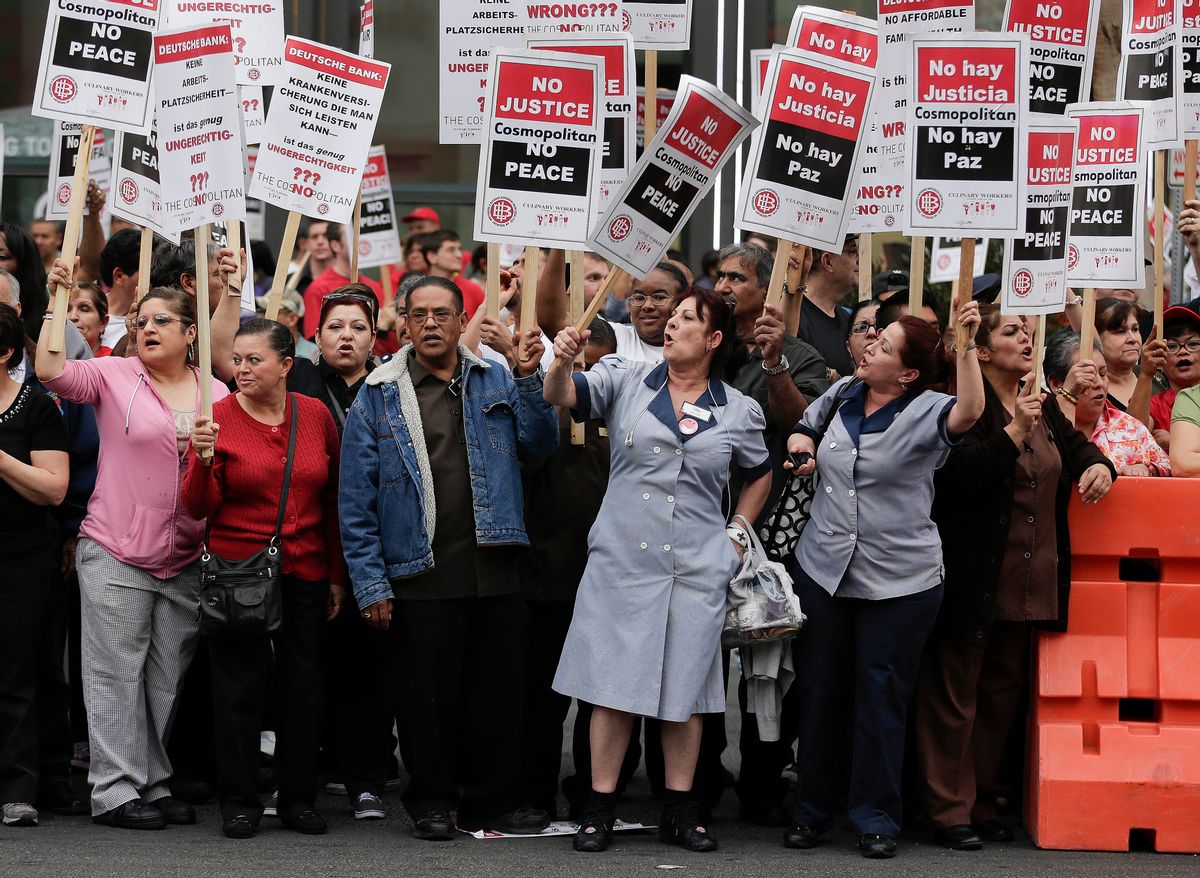 Ever since the earth-shaking election of Donald Trump, there have been innumerable articles arguing that Democrats brought this upon themselves by losing white, working-class voters in the Midwest. These articles have been met with a torrent of essays urging Democrats to focus on becoming the party of diversity. And, coming back from the dead like a bloated zombie corpse is Mark Penn and Andrew Stein’s New York Times piece calling for a return to Clintonian centrism.

All of these discussions imply that progressives can either fight for voters from the working class or communities of color — but not both at once. This line of thinking demonstrates a profound lack of faith in democracy and the electorate’s ability to smell bullshit.

As a seasoned union organizer, I often ask myself whether the pundits offering the aforementioned opinions have ever actually spent time talking to working-class people. By this, I mean all working-class people. Contrary to the narrative put forth in the mainstream — and even some left—media, some of the most significant work confronting homophobia, sexism and racism has been done by working-class people of all ethnicities through collective struggle in the labor movement.

My first substantive labor movement work was as a union organizer with California’s SEIU Local 250 — a healthcare workers’ industrial union, theoretically representing all non-management personnel in hospitals and nursing homes. In practice, the union mostly represented those classifications except registered nurses, who were generally represented by the widely-respected California Nurses Association. Local 250’s membership was racially diverse, with strong representation from African-American, Latino, Filipino and white workers. Standards were generally good for a union workplace: free healthcare, pensions, time off and competitive wages.

My first instructions at Local 250 were pretty simple: Go recruit 10 percent of the membership at the hospital to serve on the negotiating team, and get them ready to lead the entire hospital out on strike in two months.  These were strong directives delivered with about as much subtlety. At the time, the union was engaged in a massive, coordinated contract campaign to achieve minimum staffing standards. This meant that as many as 30 hospitals would be bargaining and perhaps striking in coordination.

As a union staffer, one of my myriad job duties was to have meetings with members and member leaders, guided by a small pamphlet titled, “What is a Union?” This pamphlet emphasized that a union is “an organization of workers who all work for the same employer and act collectively to keep the boss from doing things that the workers do not want and to get the boss to do things that the workers do want.”

My job was to explicitly talk about racism, sexism, ethnocentrism, homophobia and religious intolerance as specific barriers to a strong union. A good union member can’t complain about Mexicans ‘taking jobs’ while also asking Latino colleagues to make common cause with him.

My experience was that union members took this seriously. Not only have I watched white men tell other men that sexual harassment has no place in their union, but — even more significantly — I have witnessed people develop genuine curiosity about people from different cultures. Latino housekeepers started eating with Filipino nursing department staff and trying to get to know more about where other people come from.

One story stands out. In preparing for the strike, a number of the African-American kitchen workers kept telling me that the Filipino nursing assistants “were weak” and would not stand up to management. Fortunately, one wonderful African-American female shop steward, Phyllis, pulled them all aside and said that such ethnocentric discussion had no place in our union. When the strike finally happened, not a single Filipino scabbed. In fact, Filipinos were the most dedicated picketers, earning them accolades from everyone in the union.

Along similar lines, I can think of one very religious certified nursing assistant, Gracie, who had strong feelings about homosexuality. We had several openly LGBTQ members, including two men and two women who held prominent positions as officers in the union.  I led a discussion about how homophobia has no place in the union, during which Gracie said that her pastor believes being gay is wrong. Because everyone had an interest in uniting to fight against management, the LGBTQ leaders very respectfully told her of their humanity, their hopes and dreams — and how they wanted most of the same things that she did. Over time and through the struggle of fighting alongside her colleagues, Gracie not only changed her perception of her coworkers, but also became an ally for LGBTQ people in her community.

As an organizer, I learned that people often only make the effort to challenge their prejudices when they are engaged in struggle with others. This is not to excuse the horrific racism and sexism that has been exacerbated by the right-wing populism of the Trump campaign. Instead, we need to reach working people with authentic left-wing populism, which will win against the phony rightwing variety every time.

To advance anti-racism on the macro scale, we need to collectively engage in popular struggle, rooted in a left platform that is relevant and intuitive for poor and working people. There should be an immediate creation of a hopeful, broad-based mission that is winnable, which will serve to expand the resistance movement and create an organized majority to kill pernicious nationalism, masquerading as populism.

By embracing popular, left positions with a viable plan to win them, we can build support for basic civil rights. Ultimately, this isn’t just about winning elections: It’s about creating a mass movement that acts collectively to win. Let’s build relationships, go organize and actually get regular people excited about politics again. That’s how we do the real work to change people’s hearts and minds on race, gender, sexual identity and ethnicity.