Boycott the NFL: Athletes and fans need to stand up for Colin Kaepernick now

I love football, but I won't support a hypocritical corporation that punishes peaceful protest 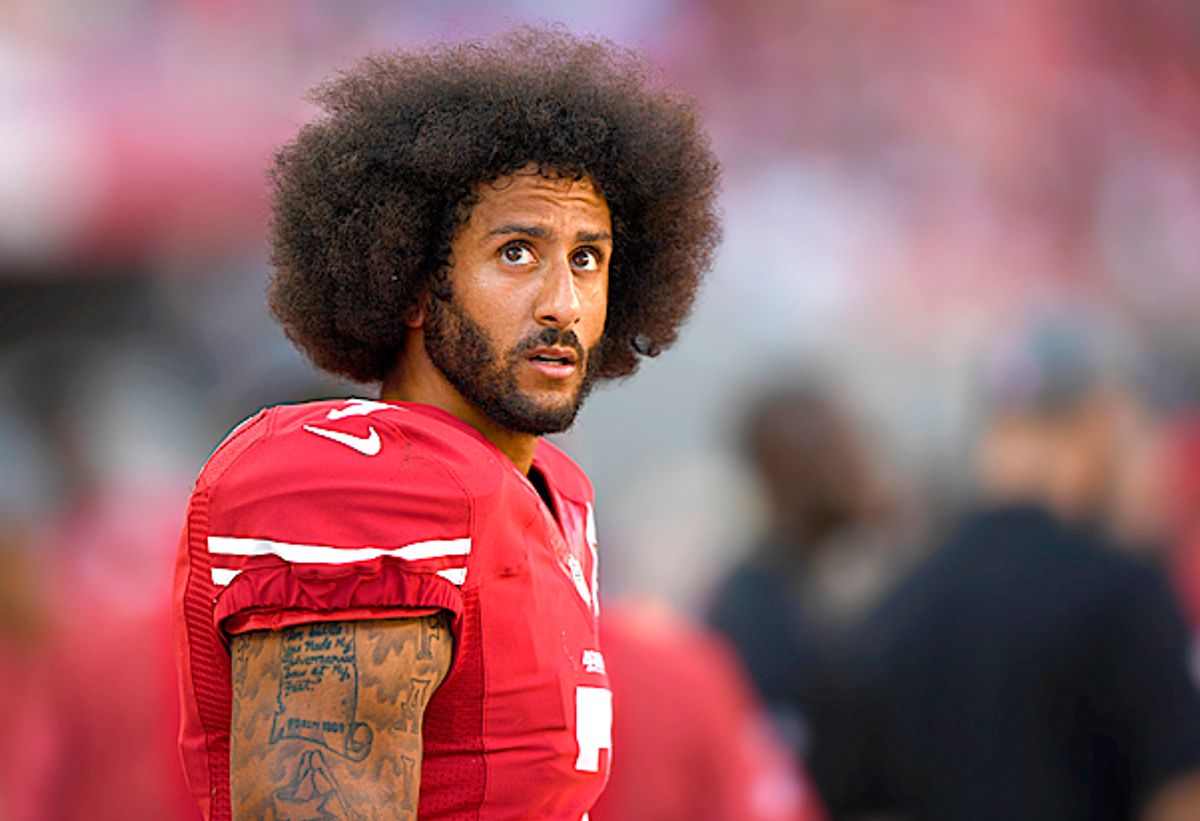 This is the first year that I can honestly say that I’m not excited about the upcoming NFL season. I won’t watch it, support it or pay any attention to it. It’s not that I lost interest in the sport. I love football. But the NFL has been going above and beyond to show how racist they are as an organization. As if the dearth of minority owners and small number of black coaches — not to mention having a team called the Redskins — isn’t bad enough, Colin Kaepernick still doesn’t have a job.

He didn’t murder dogs like Michael Vick, who was able to be reinstated and has also criticized Kaepernick by saying “first thing we've got to get Colin to do is cut his hair." Kap’s hair doesn’t matter; he has a better rating (QBR) than 20 starting quarterbacks currently preparing for the 2017-2018 season. Kaepernick was also never involved in a murder like Ray Lewis, who also criticized him by hopping on Undisputed and saying that he disagreed with Kap’s silent, peaceful protest. Kaepernick stood up against our racist law enforcement and criminal justice systems by taking a knee during the National Anthem — along with donating a million dollars to various charities — and he's paying the ultimate price.

As stated, there are currently 20 starting quarterbacks in the NFL with a lower rating than Kaepernick. He can run, throw and just flat out play football, but now it seems like none of that matters. Baltimore is one of the only professional teams considering signing the six-year vet. At a Baltimore tour stop earlier this week, acclaimed hip-hop artist and activist J. Cole spoke up about how great an asset Kap could be to a city like Baltimore.

“Baltimore, the type of shit that’s happening here, don’t you think somebody should risk their whole livelihood and their whole life to talk about this shit? Even if it cost them they money, they job, they life? Don’t that sound like Colin Kaepernick?” Cole said before performing his song “Neighbors.” “Don’t that sound like what he doing? And he trying to come to Baltimore, the city that seems to need that shit for real.”

Other artists have been expressing their concerns, and pundits as well. Surprisingly, Fox Sports' "Undisputed" host Skip Bayless had the best suggestion.

“I wanted the black players in both locker rooms to stand up and boycott and say we obviously need him, we want him and until you sign him we are just not going to play,” Bayless said on his show. “70 percent African American in the National Football League, stand up! I think you are the game.”

I totally agree. This is the time for black players and coaches alike to get together and stand for something that is right. I’d also welcome the white players who should clearly be able to see that a gross injustice is happing right in front of their face and ignoring it makes them apart of the problem.

“If the black players unite and say we won't play Game 1” Bayless continued, “I promise it would have an impact. It'll get something done.”

Recently fans have stated a petition to boycott the NFL if Kap doesn’t get signed. It already has 130,000 signatures.