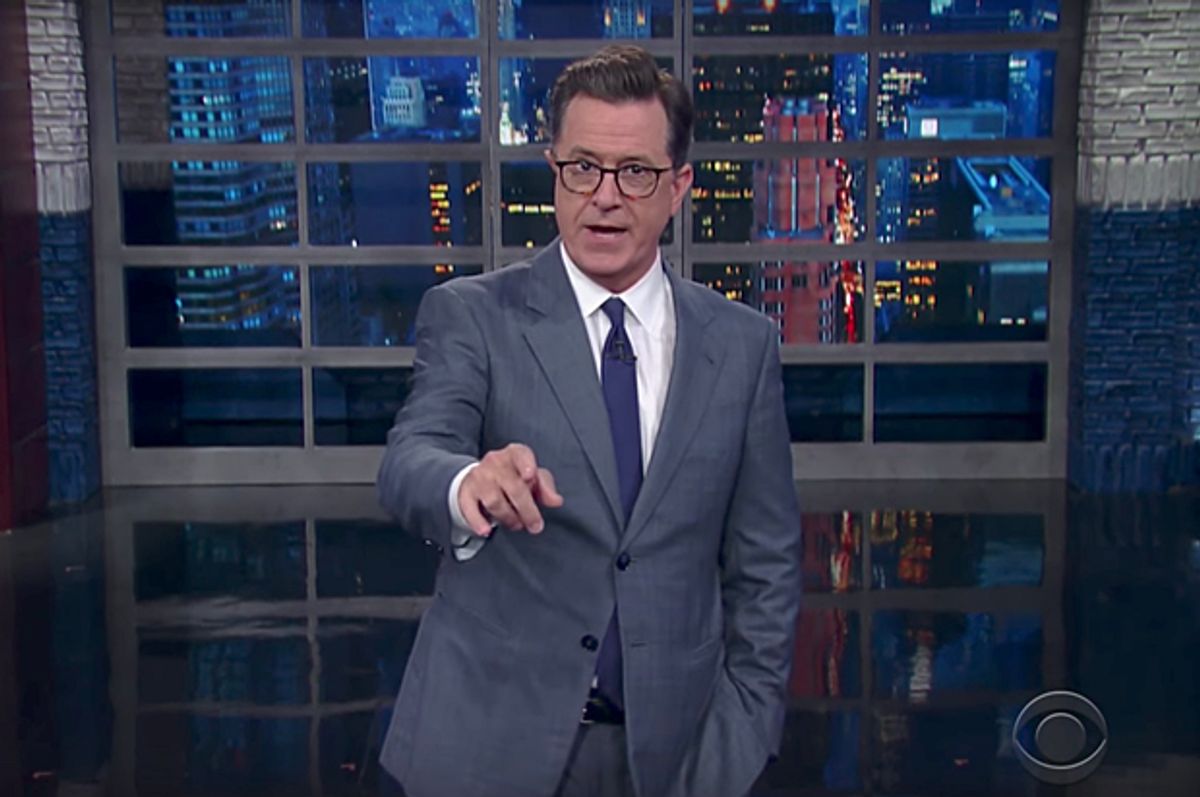 Last night, "Late Show" host Stephen Colbert said he "does not want the Earth to blow up," which is relatable. He also said that he's getting nervous that it will due to the increasingly high tensions between President Donald Trump and North Korean leader Kim Jong Un. This is also relatable.

Colbert argued that a "firm response" may be necessary but that Trump's recent "fire and fury" comments won't help matters.

"I get it, I totally get it you know I understand wanting to say that, but this is like a hostage situation, okay?" Colbert said. He added that if you're in a hostage negotiation you don't start with "go ahead, kill everybody, I'll kill them dead-er, then who wins?"

Colbert pointed out that there was "one world leader who stood by his side, and actually thinks Trump did not go far enough, and that would be Donald Trump." The late-night comedian then showed a clip of the president reassuring the world on Thursday afternoon by doubling down on his threats to North Korea.

"What is tougher than fire and fury?" Colbert asked. "Lava and rage? A paper cut and a lemon?"

Trump finished by promising North Korea that if they tried to launch an attack "they would be in trouble like few nations have ever been in trouble in this world."

"Oh my god," Colbert said after the clip. "I think he just threatened to be their president." Terrifying.

It didn't take long for tensions to be raised even higher as Trump tweeted on Friday morning that "military solutions are now fully in place, locked and loaded, should North Korea act unwisely."