Feminism can be funny too: Julie Klausner and season 3 of “Difficult People” on Hulu 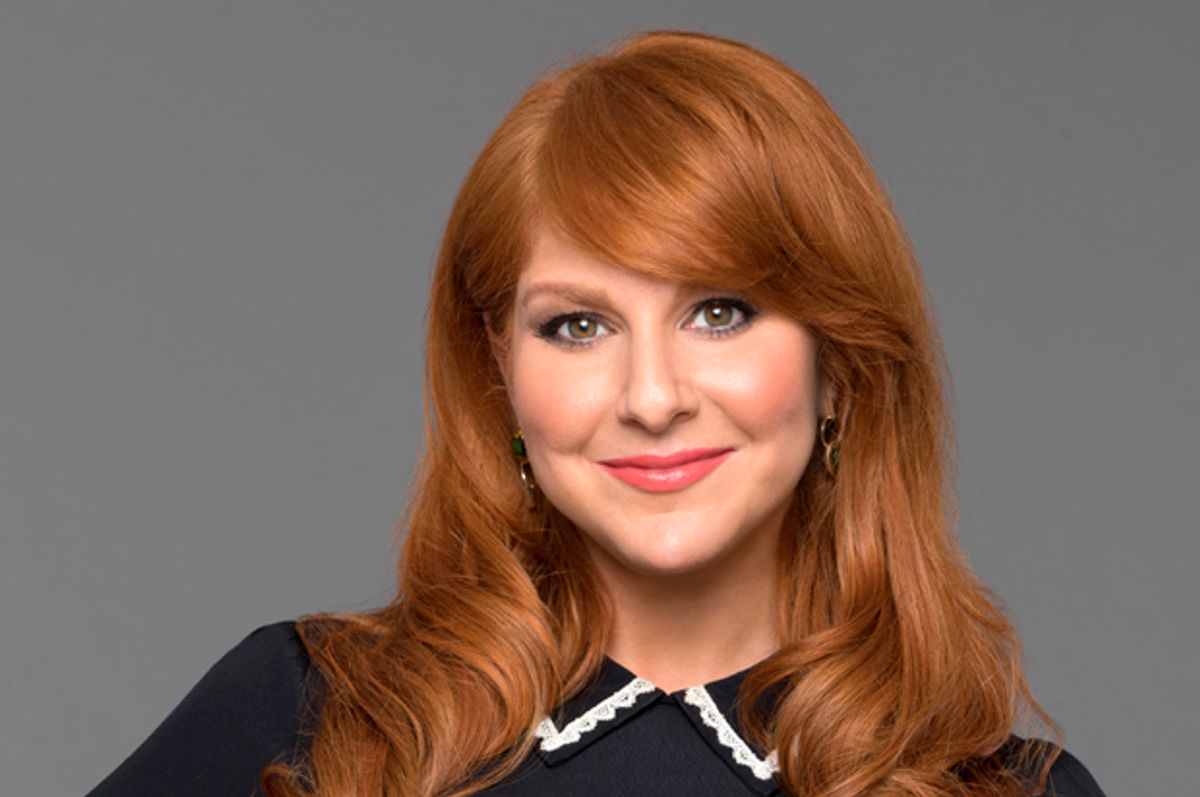 I am a discerning television connoisseur, and yet when Julie Klausner first begins speaking, I find myself surprised that she’s decidedly unlike Julie Kessler, the pop-culture-obsessed, snarky BFF to Billy Eicnher’s grouchy gay doppelgänger on “Difficult People,” now in season 3 on Hulu. First of all, Klausner is extremely kind and aware. Secondly, her humor is a perfect combo of “Curb Your Enthusiasm” meets meta, feminist commentary on everything from Donald Trump to depression to dybbuks. It’s like living inside Larry David’s mind if Larry David was a woman who binged on chicken fingers and knew all about Countess Luann’s divorce, only more subversive, gay-positive and political.

Here’s the thing about ordinary feminism: It’s good for the world but it’s mostly not a laughing matter. Remember WOST in college? It might have been edifying but it wouldn’t have played well in the Catskills.

Back in the fifth century BC, someone decided schlubby white dudes were funny and women were either boring and pretty or shrill, emasculating harpies bent on killing a schlub’s buzz. Of course, there were anomalies: “Lysistrata.” “Mame.” Also the legendary actress Rosalind Russell confounded everyone. She began her career as a model but then legend has it she was a klutz and so they told her to try comedy.

Russell comes to mind when watching “Difficult People.” Her comic timing and celerity. The fear you might blink and miss some sparkling bon mot. This is not the feeling you get while watching a Judd Apatow movie, where the reigning question is why white guys haven’t been canceled yet.

Klausner, on the other hand, seeks to subvert male and female roles using the traditional form of the sitcom: The man drives the action and women reacts and gets annoyed yet mysteriously stays with the guy anyway. Perhaps because he has the health plan? While Klausner herself is an ardent feminist, her TV id is considerably less self-aware and more self-involved. “Difficult People” depicts a central female who is both funny and unabashed, and shamelessly narcissistic in a way that male characters typically get to be. In other words, Julie Kessler is not a nurturer by anyone’s standards. That role is reserved for Julie’s live-in boyfriend Arthur, played by James Urbaniak. He does all the cooking, reacting and worrying while Julie drives all the action and does all the blundering. She even drives their sex life. He exists for her. He loves her. He even cooks for her.

Episode 2 of season 3 satirizing a Woody Allen TV series and a group of women protesting everything Woody stands for: WAWA — Women Against Woody Allen — is genius and somehow obliquely icky and true. When Julie admits she’s been cast in Allen’s series and that it’s “fucking horrible,” one of the protesters, a nemesis of Julie’s from season 2, reminds her, “They’re all horrible since ‘Crimes and Misdemeanors’” while Julie is cowering in a dumpster. In the same episode, Billy Epstein (played by Billy Eichner) is faking a Mike Pence gay conversion with Julie’s mother (the always amazing Andrea Martin) pretending to be his therapist in order to grift $6,000. The juxtaposition seems to say, we are all on the hustle, but you can’t hustle the hustlers. Or better yet, you can, but nobody wins.

“I wanted a chance to be the difficult one,” Klausner tells me over the phone. “I wanted to be the one with the understanding spouse, nodding and rolling their eyes. It’s pretty recent that women have a chance to be unlikable on TV or selfish, and the funny ones are always obnoxious, like Selina Meyer on ‘Veep’ or Lisa Kudrow on ‘The Comeback.’ As a comedian, I wanted to be the funny one; I didn’t want to be the person people fall in love with.”

In an entertainment universe where women still labor to get publicity to focus on something other than what they did or didn’t eat to get that bikini body or whom they’re schtupping, Klausner is committed to her craft, and she continues to hone both her writing and her schtick in a way that satirizes this trend — the way the public especially owns the lady bits of its female stars -- with a character who is obsessed with pop culture and stardom but cannot seem to achieve anything resembling a career. Her character’s “unlikability” hinges on the fact that she cares more for herself and her career, nonexistent though it may be, than she does for her domestic partnership, or anything domestic for that matter. A Passover Seder at her mother’s sends her on a psych-med odyssey that culminates with her re-upping her meds at a Quiznos. In episode 9, “Sweet Tea,” Julie, Billy and the gang mistakenly take ayahuasca with a group of trans women as their unwilling spirit guides. Julie goes on a trip in which she sings a perfect musical number about Etsy and lost hope. It’s a genius send-up about what it means to be a woman who has made the choice of herself over financial success, starting a family or even personal happiness. That in certain circles this is still considered feminist or even radical speaks volumes.

“There’s a therapeutic alchemy to talking about something inaccessible,” Klausner tells me. “In a way, I think men have the advantage to draw on things besides their own personal experience because they have created the world.”

The question is what happens when a morally questionable female character (who may or may not realize she’s morally questionable) confronts being a woman in the age of 45? How does the feminist writer reconcile these truths and continue to be funny? Julie Kessler may be gaming the system — she drags an inflated strike rat around to avoid waiting on lines at trendy restaurants — but Julie Klausner, along with Ilana Glazer and Abbi Jacobson, and to a certain extent Amy Schumer, are reifying what’s available for female comedians on TV. The episode of “Broad City” with Hillary Clinton comes to mind, especially Abbi and Ilana’s messianic reverence for her and then the brutal wake-up call of what happened next.

“The election happened while we were writing season 3,” Klausner says. “We had to strike a balance between distraction and catharsis to show people not generally seen on TV surviving and living — a Jewish woman and a gay man with a trans conspiracy theorist (Shakina Nayfack). At the same time, we’re not Samantha Bee or John Oliver. I’m so glad I didn’t have to write jokes about the election but I live in a world where women are in control and a gay man is the lead.” She laughs and then says, “Of course, I would give it all back if the situation had worked out the other way.” I pause for a moment to wonder which Julie is talking, though I’m pretty sure I already know.