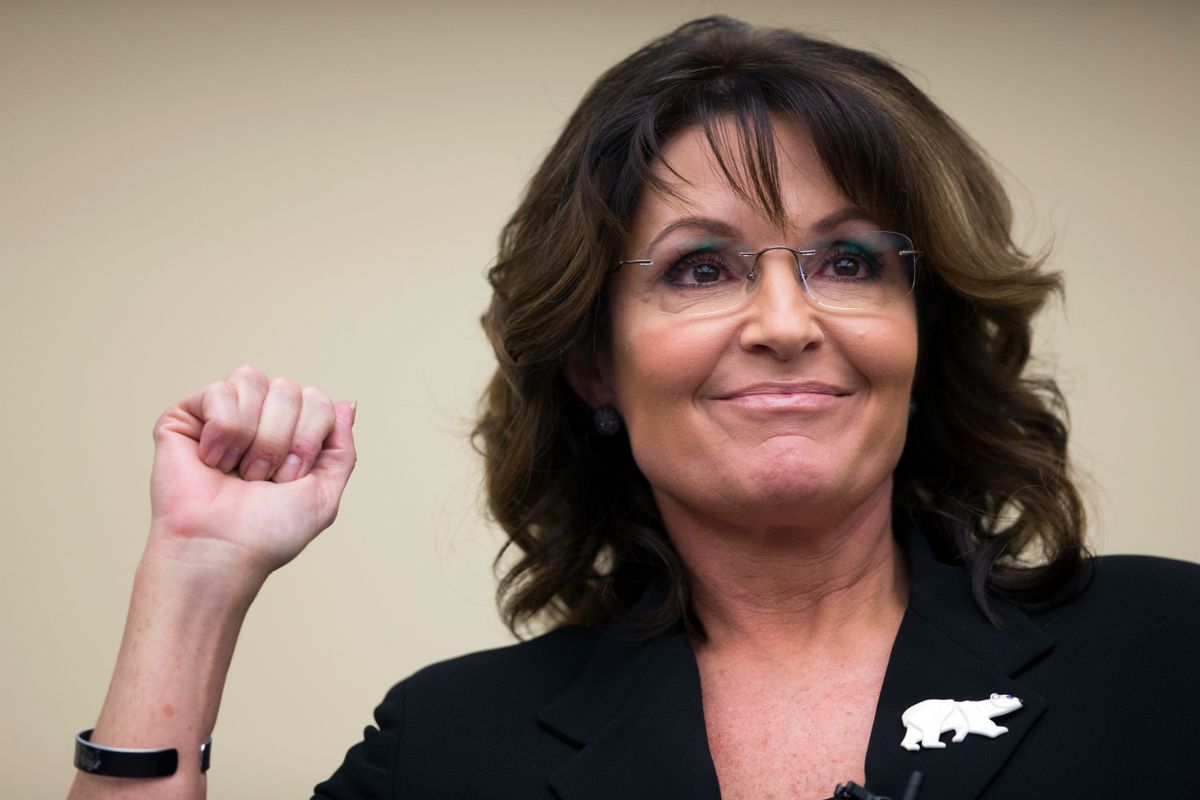 Sarah Palin received a small victory in her libel suit against the New York Times when a federal district judge ruled on Thursday that the writer of a disputed editorial about the former GOP vice presidential candidate must testify in court.

In response to a Times motion to dismiss the legal action, federal judge Jed S. Rakoff said that he could not decide on whether the paper had engaged in "actual malice" against Palin by falsely claiming in a June 14 unsigned editorial that she had inspired mass shooter Jared Loughner without testimony from the people who were involved in creating the op-ed.

While the Times retracted the assertion in a subsequent update to the piece and posted an apology on Twitter, those actions did not persuade Palin to avoid suing the newspaper. Under U.S. defamation case law, public figure plaintiffs like Palin must not only prove that published information about them is false, they must also demonstrate that the alleged offender deliberately intended to inflict reputational harm.

“The Times had ample facts available that established that there was no connection between Mrs. Palin and Loughner’s crime,” Palin's attorney's alleged in their initial filing.

As part of her lawsuit, Palin's attorneys have attempted to compel the testimony of nearly 12 Times employees and “every internal communication it has had about her since 2011," according to case documents.

The Times has filed a motion to dismiss Palin's litigation. According to Rakoff, his decision on the Times's motion will hinge upon whether or not the writer of the editorial was aware of news reports which the Times had published previously indicating that Loughner had never seen a map released in 2011 by Palin which placed a cross-hair mark on the congressional district of Gabbie Giffords, one of Loughner's shooting victims.

"These prior stories arguably would only evidence actual malice if the person(s) who wrote the editorial were aware of them," Rakoff wrote in his Thursday ruling.

In a public statement, David McCraw, deputy general counsel for the Times, said the paper would direct editorial page editor James Bennet to answer the judge's inquiries. The hearing is set to take place Aug. 16.

The former Alaska governor has retained the legal services of Kenneth Turkel and Shane Vogt, both of who were part of the team that secured a $115 million trial judgment for Terry Gene Bollea, the entertainer known as Hulk Hogan in a lawsuit he filed against Gawker Media Group. Though later reduced to a $31 million settlement, the judgment eventually led to the bankruptcy of the company.

Bollea's legal fees were paid for by billionaire Peter Thiel, a libertarian billionaire known for his support of President Donald Trump.