Female "Simpsons" writer: I wasn't hired full time because it's a "boys’ club" 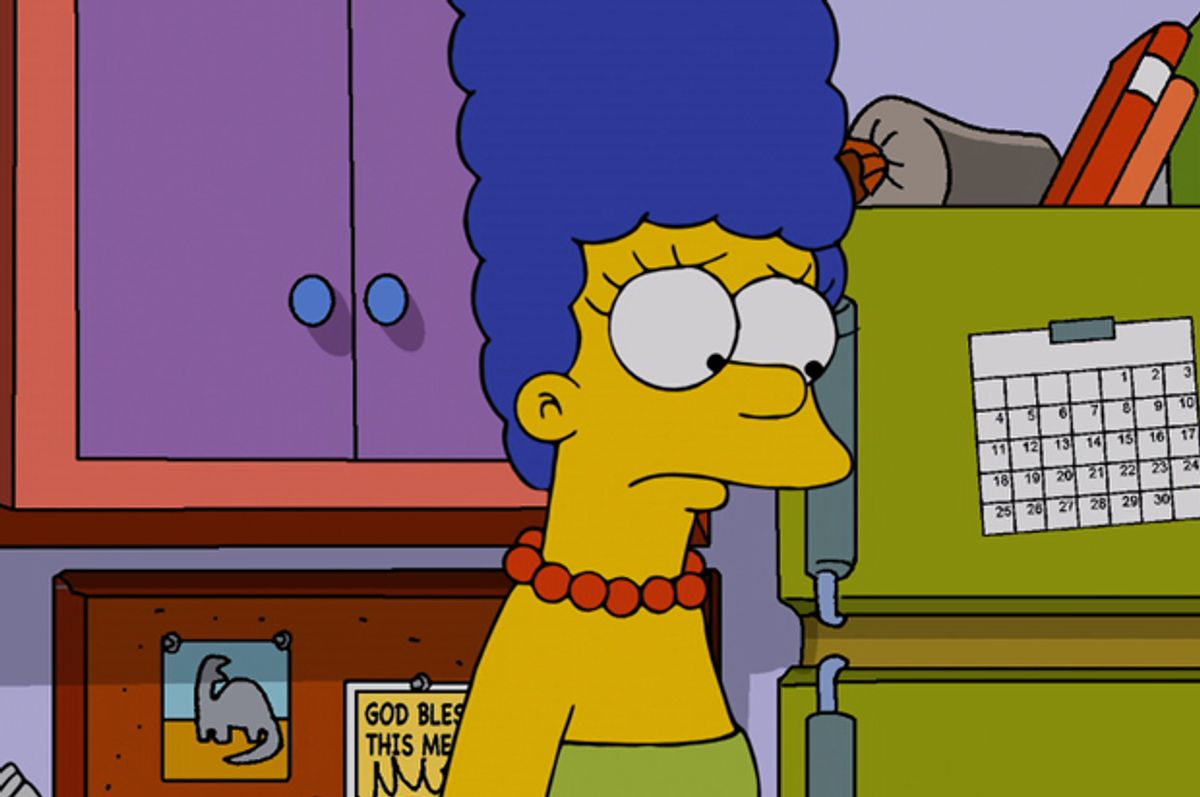 The female writer who penned the first episode of "The Simpsons" claims she wasn't able to remain as one of the show's writers because she is a woman.

Mimi Pond became part of American pop culture history when she wrote "Simpsons Roasting on an Open Fire" — the first aired "Simpsons" episode — in December 1989. However, the cartoonist was never offered a position as part of the writing staff because she claims Sam Simon, the show runner, wanted an all-male writers' room following his divorce.

Pond met Matt Groening, the mastermind being the series, while he was working on his comic " Life in Hell." When Groening decided to take on "The Simpsons" as a project, he asked Pond to take on the role of writer. “He was asking his cartoonist friends if they wanted to write episodes, and apparently I was the only one who said yes," Pond told Jezebel. "When I wrote an episode, I wrote it and it just happened to air as the first one because they were behind schedule." She continued on to say:

I was never invited to be on staff, and I never knew why for the longest time. No one ever called me or explained to me or apologized or anything. And it wasn’t until years later that I found out that Sam Simon, who was the showrunner, didn’t want any women around because he was going through a divorce. It had remained a boys’ club for a good long time. I feel like I was just as qualified as anyone else who came along and got hired on the show, and it was just because I was a woman that I was, you know, not allowed entry into that club. I always wind up being the turd in the punchbowl because the show is so beloved and everything, and I’m sorry to burst bubbles but [laughs]. It wasn’t a pleasant experience for me.

Pond was the last women to write for the show until 1994, when Jennifer Crittenden joined the staff for three years. Over the course of "The Simpsons" history, 133 writers came and went — but only 13 of those were women.