Do Democrats really believe that chasing Trump voters while alienating people of color will win elections? 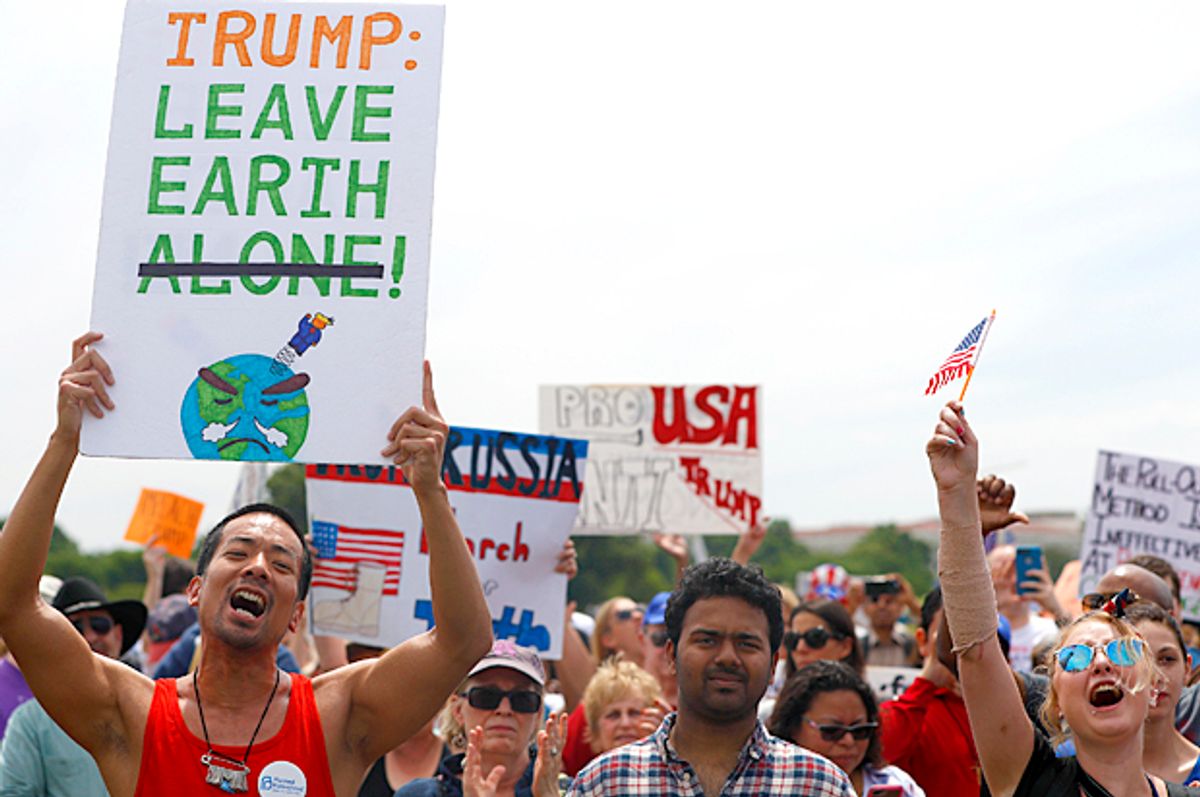 Progressives have a problem. When it comes to their message, it’s all noise and no signal. For instance, in a recent Washington Post poll, only 37 percent of respondents said that the Democratic Party had a clear policy and stood for something. To remedy this, late last month the leaders of the Democratic Party unveiled their new platform under a new slogan, “A Better Deal.”

On the surface this rebranding, as such, seems a good idea. It promises to (1) make it easier for the base to identify what the party represents, and (2) furnish daylight between the progressive program and the Trump-led GOP. The new message is geared to win working-class whites through a razor-sharp focus on economic policy. But this strategy will not only fail to win additional votes, it will risk alienating almost half of the party’s base by ignoring race and issues associated with racism.

“A Better Deal” proposes the following solution: pursuit of a clear economic agenda, one that will compete for the working-class white voters whom Trump carried by wide margins. To do so, Democrats plan to fix a “broken economy” by addressing issues such as spiraling drug prices and business monopolies. The “business monopoly” piece is important insofar as monopolies limit competition, which in turn increases prices even as it depresses wages. The party's platform also proposes investment in infrastructure as a means of creating jobs. Ultimately, this new progressive strategy is essentially a paean to working-class politics, specifically the white working class, to the exclusion of everything else — especially issues of race.

This approach suggests that Democrats refuse to cede the mantle of “populism” to Trump and the Republicans. After all, “classical” populism is about economic justice, a conflict pitting “corrupt” elites against the “virtuous,” exploited people. Leaders of the Democratic Party insist upon appealing to the economic anxiety of white voters. If we’re keeping it real, they’re trying to peel off some of Trump’s voters. If progressives hope to make gains in 2018 and win the White House in 2020, however, this is a flawed strategy for at least two reasons.

First, if Trump is a “populist,” then it is assumed that his supporters were driven by economic anxiety. Populism originated with the Farmer’s Alliance of the 1870s, but it was initially racially tolerant. Black farmers were included in the populist coalition, at least until political pressure from Democrats -- then the segregationist party that dominated the white South -- forced Populists to purge blacks, leading the movement to assume a more racially militant posture.

Today’s “populists” are no different. Recent studies indicate that economic anxiety failed to have any tangible impact on whether or not people voted for Trump. What did? More than anything else, it was racism.

But wait: What about those who voted for Barack Obama in 2016 but “flipped” to vote for the GOP candidate in 2016? Approximately 13 percent of Trump supporters -- 8 million people or so -- voted for the 44th president against Mitt Romney in 2012. Clearly, if they voted for Obama over a white Republican, they were motivated to support Trump more out of economic anxiety than racism, right? Wrong. In a recent paper authored by Loren Collingwood and colleagues, the results suggest that those who “flipped” to Trump were more motivated by anti-Latino and anti-immigrant sentiment than by economic issues.

If Democrats insist upon the integrity of  “A Better Deal,” it poses the following problems. For starters, people of color constitute nearly half the Democratic base, about 46 percent. It stands to reason that people of color will be reluctant to forge an alliance with working-class whites -- who are far more likely, relative to other white people, to harbor racist sentiments. It seems to be the case that many white working-class folks don’t believe people of color share their values. If that isn’t alarming enough, the fact that the political behavior of people of color is always more influenced by race than by class suggests that focusing so intently on appeals to the white working class is a losing strategy; people of color will refuse to turn out.

Second, and just as important, it’s not even clear that working-class whites are the “problem” in the first place. If Trump’s support had really been driven by populist appeals for economic justice, i.e., bringing back well-paid manufacturing jobs and so on, he should have cleaned up among those in the bottom half of the income distribution. He didn’t. Trump won only 35 percent of that group. In other words, Democrats already won the working-class white vote, by any reasonable definition. So a hardcore economic strategy is unlikely to win them any additional votes.

Surely Democrats can come up with a better deal than the “Better Deal.” If they don’t fix this problem now, they’ll remain in the minority, and wonder why.

Christopher Sebastian Parker is a professor in the department of political science at the University of Washington. A graduate of UCLA and the University of Chicago, Parker also served in the United States Navy. He is the author of "Change They Can’t Believe In: The Tea Party and Reactionary Politics in America" (Princeton University Press, 2013), and "Fighting for Democracy: Black Veterans and the Struggle Against White Supremacy in the Postwar South" (Princeton University Press, 2009). Parker also writes a column, “Race and Rage,” for The Conversation. Follow him on Twitter @blackbruin