On being a part-time working mom

I was a classic “opt-out,” a woman who traded in a potentially high-powered job to raise my children 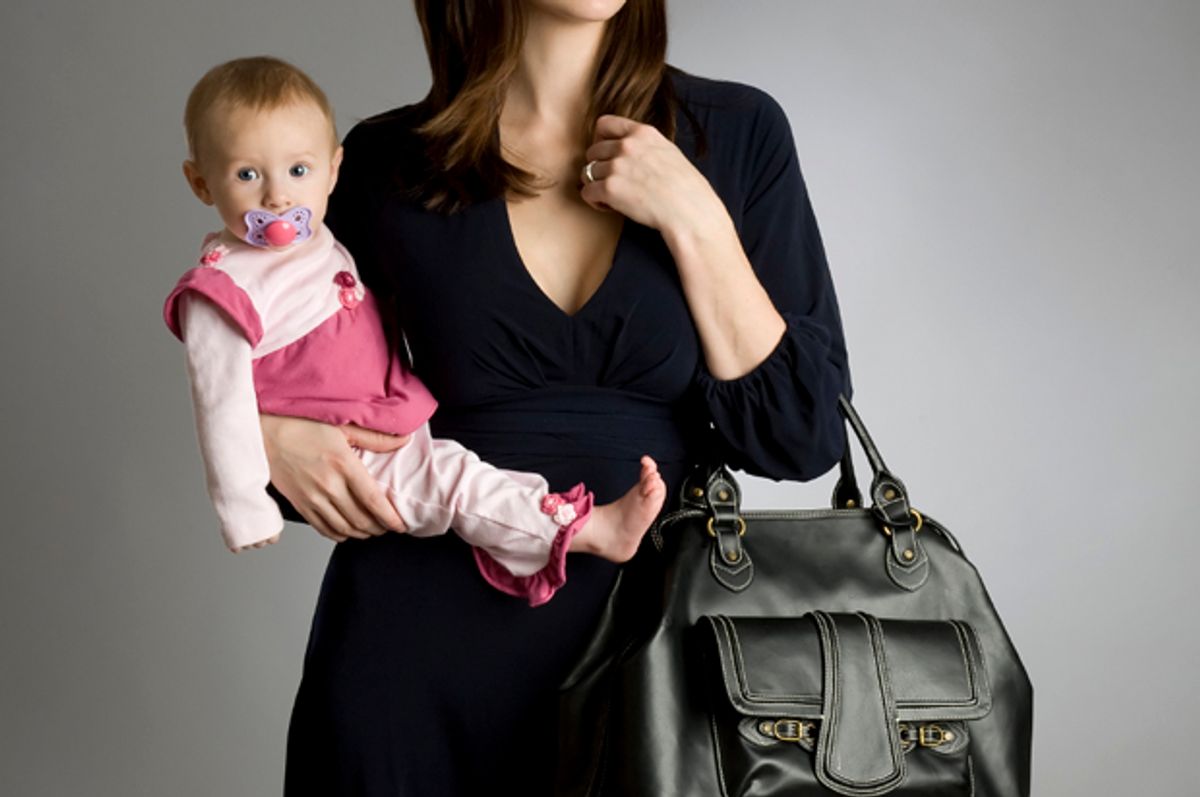 I was a stay-at-home mom for eight years. For eight years, I had no employment outside of raising my own children. I made no money, I had no career obligations. I was a classic “opt-out,” a woman who traded in a potentially high-powered job for the hearty mix of wonder, boredom and mess that is being a full-time caregiver to small humans. I didn’t choose to stay home because I thought it was best for my kids, that daycare or working mothers are somehow lacking. I chose it because it felt right at the time and I am well aware it was a privilege to do so.

A few years ago, I chose something different. I got a job, a part-time job as a writer, that has taken up increasing amounts of my day, that has colored increasing amounts of my identity. Now when people ask me what I “do,” the answer is more complicated. It is a Venn diagram rather than a simple circle. I am half of one thing and half of another, and because both halves happen mainly in my home, there is an intersection, a blurry middle ground in which I find myself crafting sentences and macaroni and cheese at the same time.

Half of one thing and half of another. That’s not entirely accurate, though, is it? You can be a part-time worker, but can you be a part–time mother? It makes me think of the Stevie Wonder song, “Part-Time Lover,” I hum it to myself, changing the words for effect. Because yes, compared to the past, when my children were all of the phases of the moon to me, sometimes I feel like a part-timer indeed.

This shift in my status — and in my conception of myself — is encapsulated in my two sets of children, divided by three and a half years. The kids who came first still remember the full-time mother me. The one who was always there in body and mind.

The year he started school, I walked into my oldest son’s classroom and saw pinned to the wall a story he had written, in large, halting letters. It was called “My Family.” Alongside the usual five-year-old insights into the intricacies of family life (“I am a big brother”) was this one: “My mom doesn’t have a job.” I remember reading that sentence and feeling something cold and mildly unpleasant flush through my veins, and being surprised by the chill of it, because I was happy as a stay-at-home parent.

My discomfort with my son’s observation was partly a standard reaction to the invisible and undervalued nature of the labor of parenting. But it was partly a realization, now that he had come of age as an overtly thinking being — old enough to put his thoughts into words, penned and permanent—that his perception of my job, my role in life, had acquired a new sheen of importance. I had been spoon feeding this boy feminist sentiment from the minute he could babble — mothers can do anything — but kids have an uncanny knack of generalizing from what they see, as opposed to what you tell them, even if you tell it to them repeatedly and adamantly.

Dads work, moms don’t. Men drink coffee in the morning, women drink tea. Or so my son believed, and couldn’t be convinced otherwise, because it happened to be true in our particular house.

When I started working, it felt tentative. If I had taken up a job in an office, a job that had clear edges, that generated a steady income, perhaps the transition from stay-at-home mom to part-time working mom would have been smoother. As it happened, however, my own skepticism about my burgeoning career as a writer, and the fact that I wasn’t leaving the house to pursue it, was mirrored back to me by my older children.

Where once their mother would sit at the kitchen table absorbed by the glowing screen of her laptop and it was “leisure,” now she would do the same thing and it constituted “labor.” The situation was admittedly confusing, for everyone, and there was a period when I needed to retrain my kids, to reconstruct their idea of me and my availability. My second son would hover around the computer in frustration, musing about how he hated my job, the word enunciated with undeniable disdain, like it was leaving a bitter taste in his mouth. My oldest son would ask me to please stop “playing” on my phone, as I pecked out a time-sensitive email amidst dinner prep or homework.

Their father, it should be noted, whose identity as a working parent has been etched in stone from the very beginning, was never subject to such recriminations.

For my twins, however, my third and fourth children, this part-time incarnation of me is all they have known, a mother who has responsibilities that don’t involve them, a mother distracted sometimes, that faraway look in her eyes. “Play one game with me,” my daughter says on a recent day off from school, when I am mired both in childcare and deadlines. “And then you can do your work.”

At four, this little girl perches at her desk, marking up discarded printer pages with colored pencils and aplomb. She is working, she tells me, like mommy. A much talked about study says she is more likely to be employed herself now, since I am, to earn more money as a result. My sons want to discuss my latest article with me, they know I write about them, they offer opinions and quotations. Apparently, with a working mother, they are more likely to spend greater amounts of time as adults on childcare and housework.

This heartens me, somehow, though I wasn’t disheartened before. I wasn’t concerned for my daughter’s career prospects, when I was technically unemployed. I didn’t worry for my sons’ future egalitarianism. Mommy Wars be damned, I’m sure my kids have benefitted from both versions of me. When I was a full-time mother, they had more of my attention, a lot more of it. As a part–time working mother, what they lose in hours logged, they gain in the fact that I am modeling self-fulfillment.

Mothers are not static entities. We evolve in this role, like in any other. As my children have grown, as they have climbed the first rungs on the ladder of independence, and as I have had more (and more) of them, I have grown too. My interests have changed, along with my needs. Put simply: it’s not enough anymore to fill my days only with theirs. I am half of one thing and half of another. Each half makes me happy, and yet the whole still takes its toll.

Being a part–time working mom is a purgatory of sorts. It is undefined margins. It is scattered focus. It is the constant effort to arrange your features in the right way, to be present for the task at hand, whether it is orchestrating the perfect transition between paragraphs or the perfect move in Monopoly. Anne Tyler once said, when her children were small, that she is a writer between the hours of 8:05am and 3:30pm. That she keeps a partition up between the two halves of her life, so one does not intrude upon the other, so neither reveals itself as “ludicrous.”

While I like the idea of Tyler’s wall, on many days I doubt its reality. Balance and barriers sound perfectly reasonable in theory. But more often than not I am toiling away in the blurry middle: a better writer for having mothered; a better mother for having written.