“The slow-moving coup”: Bill Maher says his “bigger fear” is the US “becoming North Korea”

But "what if madman versus madman" actually works, wonders the "Real Time" host 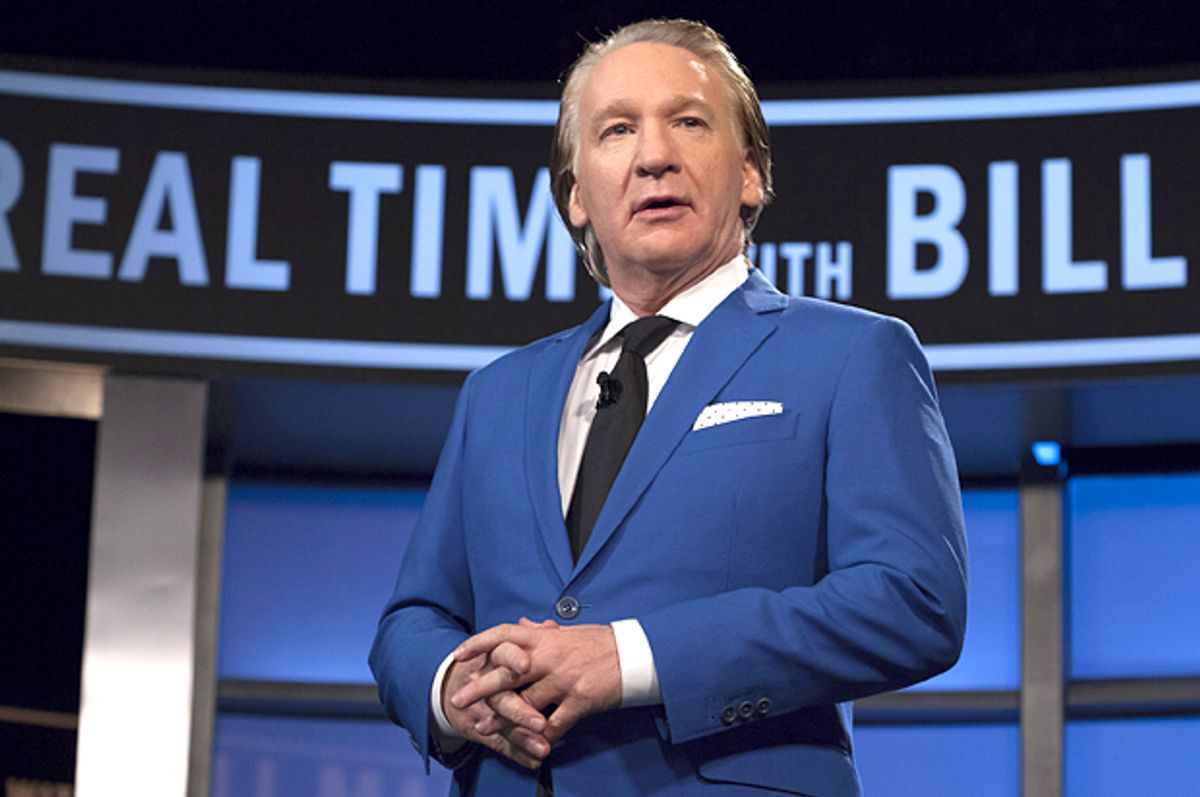 On Friday's broadcast of HBO's "Real Time," host Bill Maher stated that he's more worried about the US becoming North Korea under President Donald Trump than North Korea attacking the US.

Citing reports that Trump gets a folder of flattering media coverage and a new poll showing half of Republicans would support postponing the 2020 election, Maher said, "I must tell you, my bigger fear, I am afraid of North Korea attacking us. … My bigger fear is we're becoming North Korea."

Maher noted that 72 years ago, the US dropped two bombs on Japan that were named "Fat Man" and "Little Boy," joking that this week a "fat man" and a "little boy" had a showdown over over "who has the bigger micro-penis" -- or nuclear weapons.

"Make America Glow Again," Maher joked, rephrasing Trump's campaign slogan. "Only Donald Trump could start World War III while on vacation. It's easy to forget that all this saber-rattling is happening from a golf club! It's 'Caddy Shack' meets 'Apocalypse Now!'"

Trump is a madman, he's saying crazy things, but what if it works? What if madman versus madman — I mean, we've had no good policy towards this problem for 20 years through many administrations of both parties.

"If by working," responded guest and CNN host Fareed Zakaria, "you mean North Korea de-nuclearizing, I would give him the Nobel Prize. But I think that is highly, highly, highly unlikely to happen."