Are State Department cuts a major setback for genocide prevention? 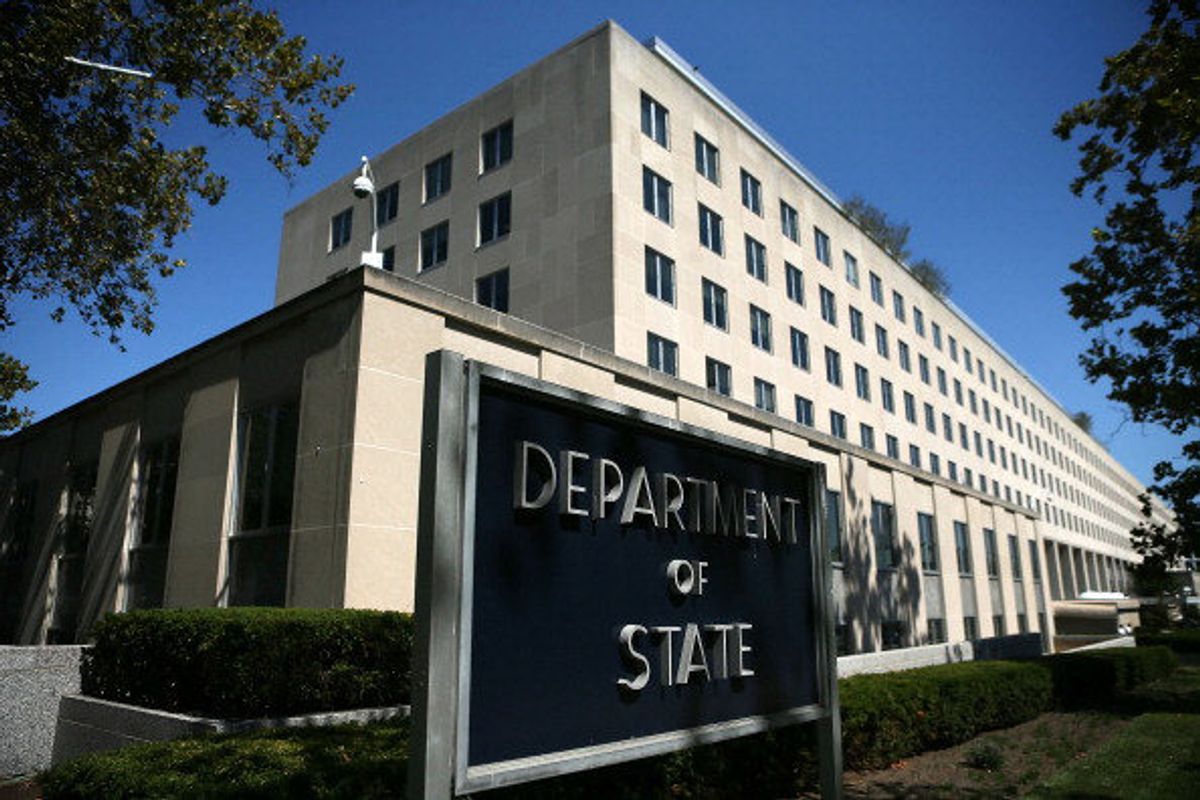 There are many indications that human rights and international justice are not priorities for President Donald Trump’s administration.

As Foreign Policy has reported, one of the likely victims of Secretary of State Rex Tillerson’s reorganization and cuts at the State Department is the Office of Global Criminal Justice. This is the office that would, in theory, advise him and other government officials on how the U.S. should act to prevent or respond to genocide, war crimes and crimes against humanity. Given the number of recent, ongoing and potential mass atrocities around the world, some are portraying the decision to shutter the office as a threat to America’s moral authority in the field of genocide prevention.

But is that an accurate assessment?

As co-directors of Binghamton University’s Institute for Genocide and Mass Atrocity Prevention, we study the causes and consequences of genocides, and what is needed to prevent them. While we agree that U.S. commitment to preventing mass atrocities is important, we argue that the U.S. has for some time been taking more of a back seat on this issue than people realize.

The Office of Global Criminal Justice was created by Secretary of State Madeleine Albright in 1997 “to focus American foreign policy on preventing and ensuring accountability for atrocities around the world.” This was in response to America’s failure to act in the face of a preventable genocide in Rwanda in 1994.

Until recently, the Office of Global Criminal Justice was headed by an ambassador-at-large, a diplomat of the highest rank authorized to represent the U.S. internationally. This gave the agency independence and flexibility.

For more than 20 years and under the direction of three ambassadors, the Office of Global Criminal Justice worked with a modest staff of about 12, and an annual operating budget of around US $3 million. That is enough to cover the operating costs of one U.S. aircraft carrier group for about a half a day. Even so, the office helped support the U.S. claim to leadership in battling the worst and most shocking of the world’s mass atrocities.

The office has had a number of important wins. It coordinated U.S. policy toward the International Criminal Court and led efforts to provide logistical and financial support to other international tribunals. It established a War Crimes Rewards Program for information leading to the arrest of those wanted in connection with international crimes. It led a campaign to pressure states not to make formal invitations to Sudan’s President Omar al-Bashir, an indicted war criminal.

More recently, the office was at the center of efforts to retrieve and authenticate smuggled photographs of victims of the Syrian regime. These photographs also allowed for an unprecedented criminal trial in Spain against the Syrian security forces on behalf of one of the victims. The office has also helped with efforts to declare the Islamic State’s violent attacks on the Yazidis in Iraq a genocide.

While important, these actions do not reflect the full potential of the office or the U.S. government in genocide prevention. In our view, the U.S. has very little moral authority to lose if the office is eliminated.

The Holocaust is the most widely known example of genocide, war crimes and crimes against humanity. World leaders, including several U.S. presidents, have espoused a commitment to “never again” allow such atrocity. Yet we have seen and continue to see examples, such as recent cases in Bosnia, Rwanda, Kosovo and Darfur, and ongoing situations in Syria and Myanmar, to name just a few. As journalist David Rieff aptly wrote, “never again” has seemed to signify only a U.S. commitment that “never again would Germans kill Jews in Europe in the 1940s.”

Genocide prevention requires a global commitment to the value of human lives — even the lives of people who do not live in places with strategic value. But government policies, the U.S. included, often calculate the value of human life based on economic and military measures.

The U.S. has repeatedly defined its interests narrowly — the domestic economy and direct threats to national security. The bar is set very high for the U.S. to commit troops to U.N. peacekeeping efforts. Such conditions almost never exist. The most recent month for which data are available, June 2017, is typical. During that month the U.S. contributed 74 individuals of 96,853 troops, police, military experts and support staff to the United Nations’s 15 current peacekeeping operations, none of whom are troops.

Further, the U.S. took nearly four decades to ratify the United Nations Convention on the Prevention and Punishment of Genocide. The convention, which was passed in 1948 and went into effect in 1951, was ratified by 132 countries before the U.S. signed on in 1988. The other 16 stragglers who signed much later were mostly newly formed states, such as former Soviet Republics.

The history of the Office of Global Criminal Justice shows that well-meaning rhetoric often serves to mask lukewarm commitments.

After its inception during the Clinton years, the office survived the George W. Bush administration’s unfriendliness to international criminal law.

The office might have expected a friendlier Obama administration. After all, Obama famously declared in 2011 that preventing genocides and mass atrocities would be “a core national security interest and a core moral responsbility” of the American government.

Although the Obama administration did not close the Office of Global Criminal Justice, it did take actions that reduced its effectiveness. When Ambassador-at-Large Stephen Rapp stepped down in 2015, President Obama did not nominate a successor. Todd Buchwald, who currently directs the office, does not have the diplomatic credentials of his predecessors that had been the office’s signature.

One could argue that Obama’s inattention to the office was offset by his creation of the Atrocities Prevention Board. The board links 11 federal agencies to develop diplomatic, technological, military, educational and other mechanisms for understanding and countering the root causes of genocide.

Yet, while the board opened with much fanfare in 2012, it has has since been roundly criticized for secrecy, invisibility and inaction in the face of the unfolding catastrophe in Syria. Along with the Office of Global Criminal Justice, the board too may be soon be dismantled.

Given these shortcomings on genocide prevention, the impact of Trump-Tillerson decisions to eliminate agencies may not be as significant as some expect. But it still sends a very powerful message to the world about the Trump administration’s lack of support for global efforts to end impunity.

As Clint Williamson, the Office of Global Criminal Justice’s second ambassador, put it recently: “What worries me with this administration is that I am not sure that anyone even supports the very idea of international justice.”

That would be good news to current and potential perpetrators of the worst international crimes.

By its very nature, genocide prevention is an international effort. An increasing number of nongovernmental organizations in the U.S. and around the world are engaged in prevention efforts. The Auschwitz Institute for Peace and Reconciliation, Genocide Watch, the International Center for Transitional Justice and the Sentinel Project are just a few examples.

Other governments are also stepping up. Lacking the economic or military might of the U.S., they are working collaboratively and focusing their attention closer to home. Regional associations of government officials dedicated to genocide prevention have formed in Latin America and in the Great Lakes Region of Africa.

Preventing or ending mass atrocities is not a responsibility exclusive to the U.S., nor is it assured with U.S. leadership. But it is hard to imagine effective prevention without substantial U.S. involvement. Any reductions in U.S. commitment, including the cuts likely under the Trump administration, are cause for concern.