"I think it's safe to say that this fear was present before the events of Ferguson unfolded": Documentary directors talk about "Whose Streets?"

Removing police violence from the public sphere and describing the personal, psychological ill effects it has 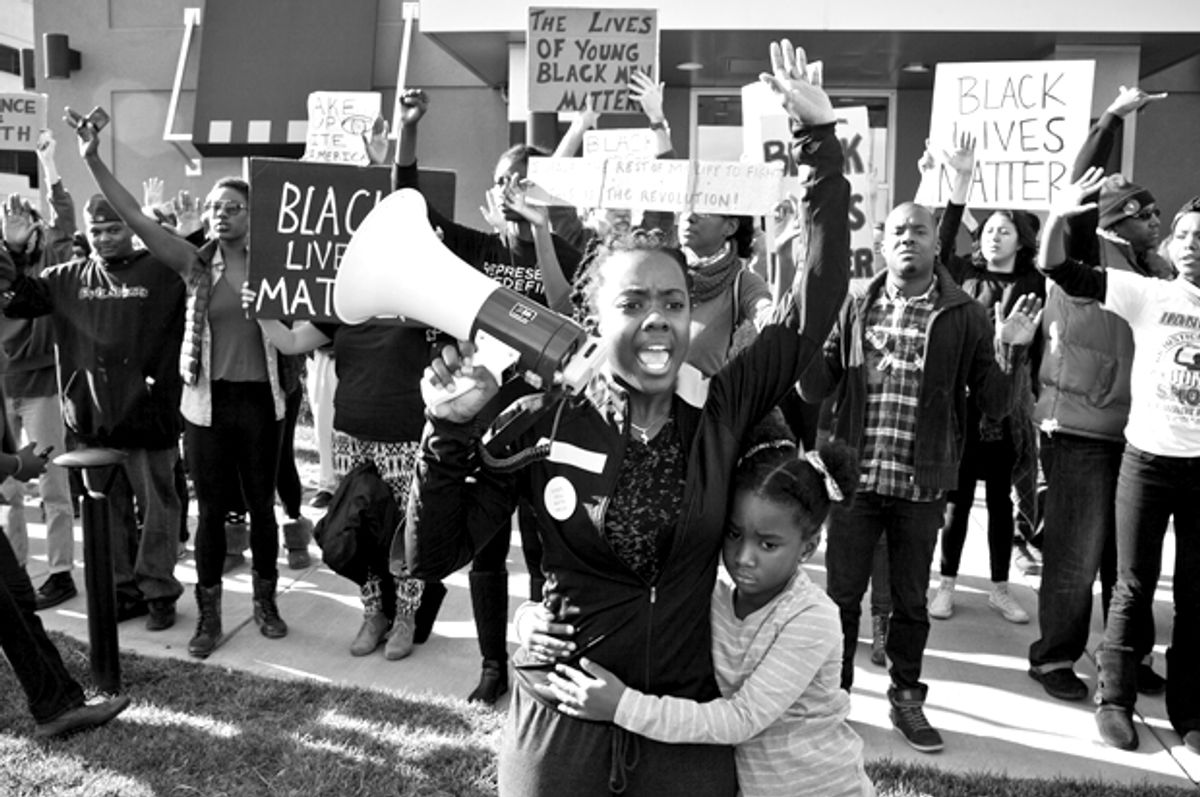 This week marks the third anniversary since Michael Brown, an African-American man shot by a white police officer, died in Ferguson, Missouri, precipitating a series of demonstrations that local police responded to by arming themselves in riot gear in a military-grade call to order. As tensions mounted, rioting occurred, and the nation turned its attention to yet another flashpoint of the racial divide.

“Whose Streets?” documents those events, using hand-held cameras, smart phones and after-the-fact interviews to bring greater clarity to what happened in Ferguson. Directors Sabaah Folayan and Damon Davis provide context and a subtle approach, even when it’s clear that they have a particular point of view: that what happened in Ferguson was a necessary and just uprising against a history of oppression. Their tale brings viewers up to date on what happened then as well as what’s happening now for the activists who were on the front lines.

Salon emailed questions to the directors who, fittingly, answered as one.

We saw that the story that was playing out in the media didn't have a necessary human element. We wanted to show the sense of love and community we experienced while participating in protest.

Was it important that a man and a woman co-direct “Whose Streets?”

We hope that our successful collaboration can be a model to others. It's also important to note that women, as well as transgender and queer people, have been largely denied the opportunity to be authors, and to have themselves accurately represented on screen. We hope that this film's success can open doors for more non cis-male [term used for men born as men, as opposed to trans-men] directors to be trusted and valued behind the camera.

I was impressed by how the film provided context and nuanced perspective at the same time that it delivers on on-the-streets vérité filmmaking. Why was it important to achieve that balance?

We are deeply interested in the intersection of public and private life. Categorizing police violence as simply a public issue minimizes the psychological effects of violent policing on families and children who may not even be directly impacted.

It could be argued that the events in Ferguson in 2014 provoked a lot of white fear and calls for more law and order, helping to propel Trump to winning the presidency. Your thoughts?

The framing of this question makes it seem as though white people do not have the agency or analysis to vote based on their interests rather than in response to a knee-jerk emotional reaction. The assumption behind the question also puts the onus on black people to account for white people's comfort when deciding how best to fight for their own survival. White people on the other hand are expected to think, feel and act only in their own perceived interests, even if it means that others will be brutalized in the process.

We think that the events in Ferguson engaged a progressive network that this country desperately needs; for example, you would not have seen the quick response to the Muslim travel ban were it not for people's consciousness being primed by Ferguson. I think that if anything provoked white fear it was white-run news networks emphasizing property over people and labeling entire black communities as "thugs," or perhaps the sight of military-grade weaponry manufactured a sense of grave threat out of everyday people with signs. But if the state of Missouri was prepared to respond in the way they did immediately after Mike Brown was killed — just because people were standing in the street — I think it's safe to say that this fear was present before the events of Ferguson unfolded.

The film ends on a powerfully uplifting note. Please explain.

We all have a responsibility to participate in determining the fate of our society. I think the sight of children at the end of the film gives a sense of hope that the future is in good hands, and ties the message into a greater struggle -- the struggle to leave the world better for the people who come after us.