Kendrick Lamar’s radical reconfiguration of the self

The president could learn a thing or two from the rapper 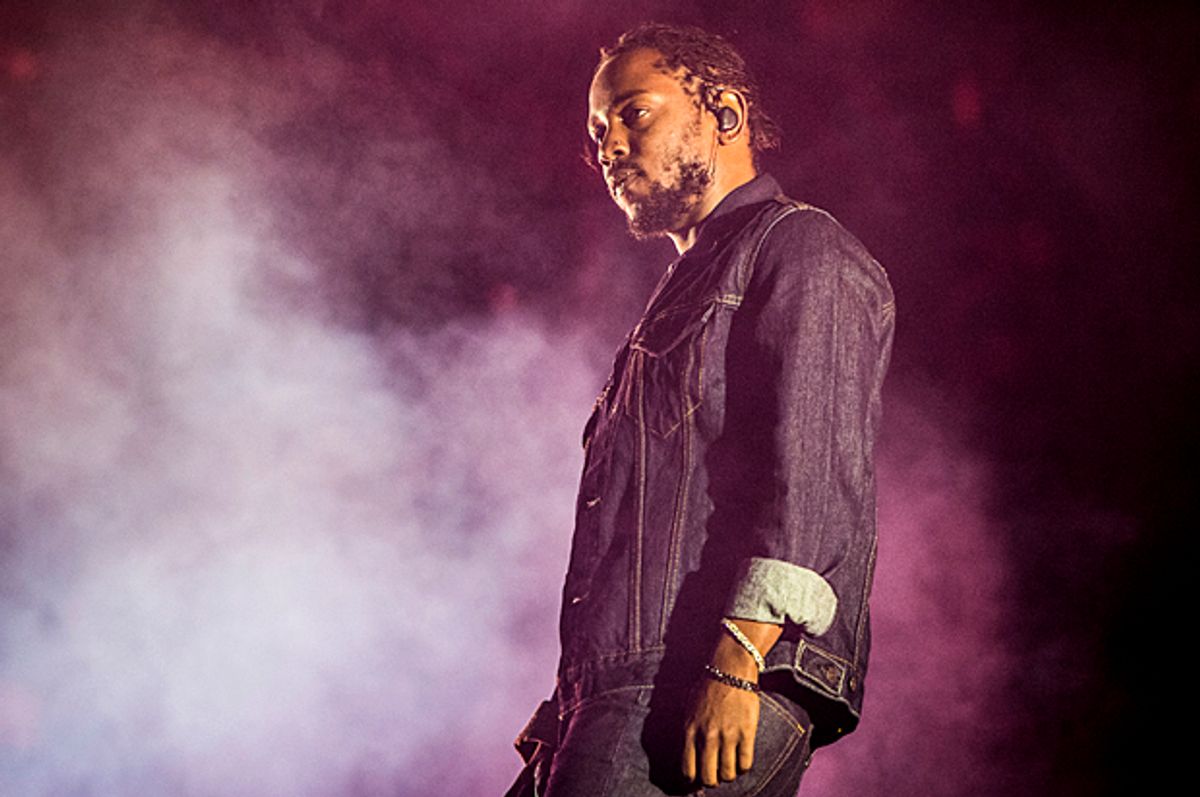 In January, the rap group Migos held a culture class at New York University. The class was broken up into a series of panel discussions about the group’s various cultural expertise: music, fashion and pop culture. And then, during a Q&A, a member of the audience asked about a strand of culture about which the members of Migos have decidedly less expertise. The question was about whether the members of Migos plan on utilizing their platform to address political issues. It was a question that’s been asked of any number of artists in any number of eras. But within it was new subtext: Donald Trump. What do you have to say about America’s new president?

Migos is a trap outfit best known for its distinct sonic texture — Quavo, Offset and Takeoff thread lines over beats and sounds between lines in a way that’s uncanny — and members’ style, which is at once suave and audacious. The group’s signature song is “Bad and Boujee,” a banger about money and women with expensive taste. In a world where a reality TV star is president anyone is qualified to talk about politics. But the members of Migos might not be your first choice.

And yet, some variety of this question is asked of every artist now. It is practically a requirement for interviewers to ask subjects — irrespective of who they are — what they think of the latest news coming from Washington.

So you can bet that when Kendrick Lamar, an artist with more outwardly political work and nuanced views than the members of Migos, sat down for an interview for the most recent issue of Rolling Stone, he was asked about Trump.

Lamar is an artist who tends to stay tight-lipped when he is off the mic. He does not give a lot of interviews and when he does give them he chooses his words carefully — not like a calculating politician so much as like an attentive monk. He purposefully did not focus his most recent album, “DAMN.”, on America in the macro, like he did on his sprawling 2015 epic, “To Pimp a Butterfly.” Instead, he directed his attention inward, rapping about his own vices and imperfections. And in the few subsequent interviews that he has given, he has been hesitant to even utter Donald Trump’s name.

This week’s Rolling Stone interview was no different. When Lamar was asked why he has been quiet with regards to the man who consumes every bit of every other American’s consciousness, he said the following:

“I mean, it's like beating a dead horse. We already know what it is. Are we gonna keep talking about it or are we gonna take action? You just get to a point where you're tired of talking about it. It weighs you down and it drains your energy when you're speaking about something or someone that's completely ridiculous. So, on and off the album, I took it upon myself to take action in my own community. On the record, I made an action to not speak about what's going on in the world or the places they put us in. Speak on self; reflection of self first. That's where the initial change will start from.”

Lamar was more or less saying, “When they go low, we go high.” But his use of the word “self” creates a notable juxtaposition. A focus on the self usually connotes narcissism. Donald Trump’s focus on himself is arguably the root of his faults as a leader and as a human being. He is unable to look beyond himself. Everything he does is motivated by his desire for approval. But Lamar was implying that the desire to have one’s voice heard on that which is obvious is its own form of narcissism. It’s easy to score points by bashing Trump on social media or in the press. It’s harder to judge oneself critically. Self-absorption can be selfless.