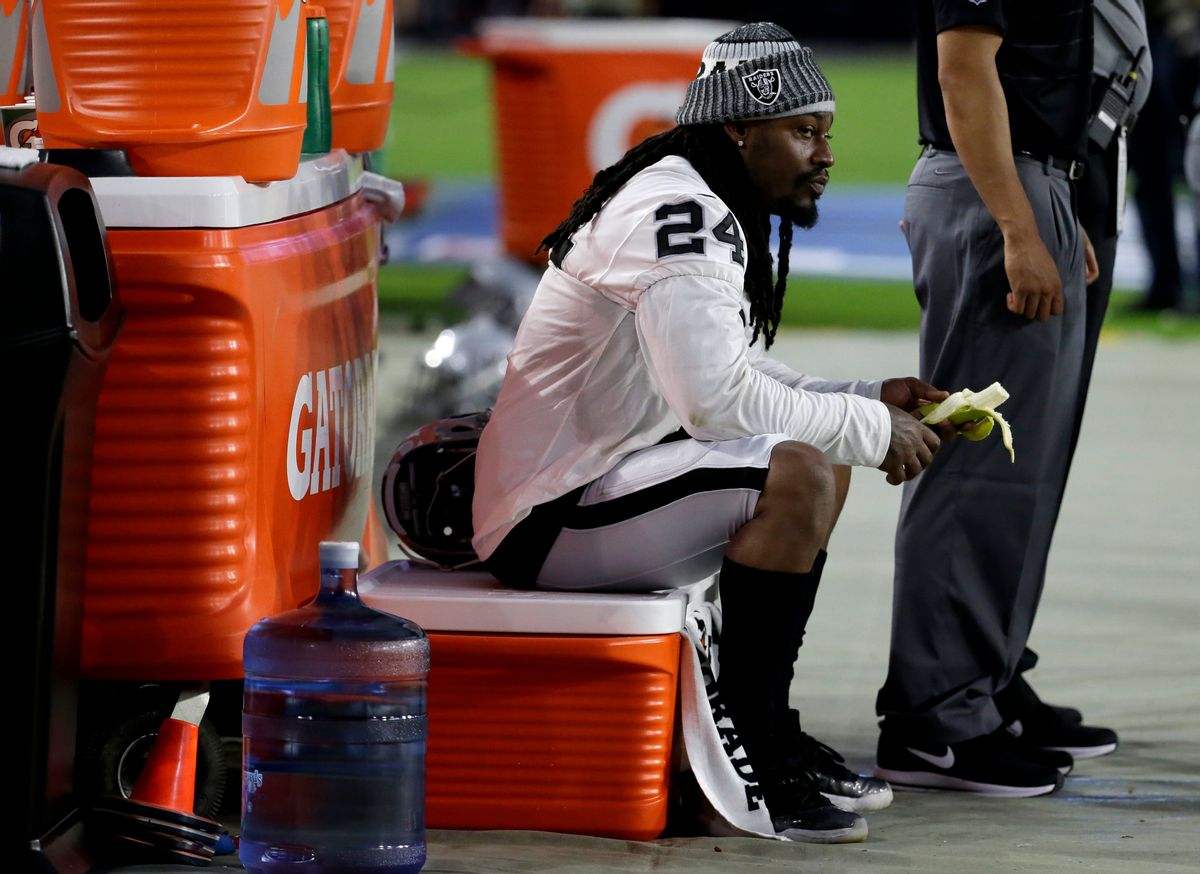 Marshawn Lynch has always been an enigma in the NFL. The all-pro running back has a quiet demeanor about him, but he never shies away from shenanigans. He once starred in a Skittles commercial, an homage to his famous touchdown celebrations featuring the colored candy. He also has, in the past, refused to take questions from the media, calling that part of his job an unnecessary burden.

So no one could be that shocked Saturday when they spotted Lynch sitting on a cooler while his teammates stood to honor the national anthem. Lynch, now a member of the Oakland Raiders, returned from retirement this season, giving him a chance to remark on one of the biggest storylines in the NFL.

Former 49ers quarterback Colin Kaepernick created a national controversy last season when he took a knee before the pre-game national anthem. It was this act of protest that has led many to believe that Kaepernick has been blacklisted from the NFL. Kaepernick, despite being one of the more young, exiciting talents in football, remains a free agent this season, with no teams interested as potential suitors.

Lynch's head coach, the affable Jack Del Rio, told reporters after the game Saturday what was going on with his running back.

“I talked to Marshawn to make sure we’re on the same page and he said, ‘This is something I’ve done for 11 years. It’s not a form of anything other than me being myself,’” Del Rio said. “I said, ‘Just so you understand how I feel. I very strongly believe in standing for the national anthem, but I’m going to respect you as a man, you do your thing, okay, and we’ll do ours.’”

Last September, Lynch appeared on Conan O'Brien and had this to say about Kaepernick's demonstrations.

“Well I mean with what’s going on, I’d rather see him take a knee than stand up, put his hands up and get murdered,” Lynch said. “So my take on it is it got to start somewhere and if that was the starting point I just hope people open up their eyes to see that it’s really a problem going on and something needs to be done for it to stop. And I mean if you’re really not racist, then you won’t see what he’s doing as a threat to America but just addressing a problem that we have.”