Measuring up U.S. infrastructure against other countries

Here's how the infrastructure of the U.S. falls short of the rest of the world 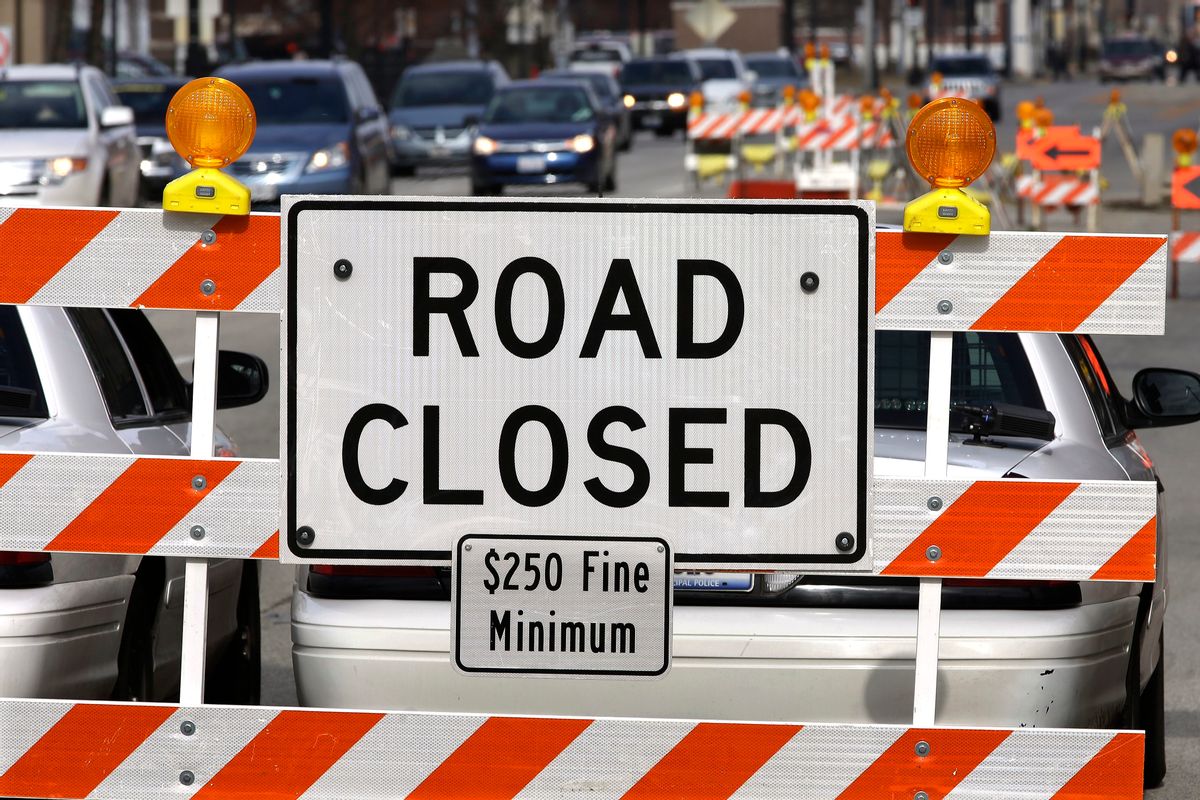 FILE - In this Jan. 31, 2013 file photo, a road construction project backs up traffic in Springfield, Ill. Donald Trump has vowed to rebuild the nation’s roads, bridges, airports and railways, but the path to delivering on that promise is full of potholes. When President Barack Obama tried to do it, a Republican Congress fought him at almost every turn, and Trump would have to contend with his party’s deep-seated dislike for government spending and higher taxes to meet the $1 trillion tab for his proposals. (AP Photo/Seth Perlman File) (AP)
--

How does infrastructure in the U.S. compare to that of the rest of the world? It depends on who you ask.

On the last two report cards from the American Society of Civil Engineers, U.S. infrastructure scored a D+. This year’s report urged the government and private sector to increase spending by US$2 trillion within the next 10 years, in order to improve not only the physical infrastructure, but the country’s economy overall.

Meanwhile, the country’s international rank in overall infrastructure quality jumped from 25th to 12th place out of 138 countries, according to the World Economic Forum.

On Feb. 12, the White House revealed its $1.5 trillion plan to rebuild U.S. infrastructure, financed through a combination of federal, local and private sectors. This is a long awaited plan, as the nation’s infrastructure quality continues to suffer.

But by many measures, the U.S. falls short of the rest of the world. Two of these characteristics are key to our infrastructure’s future: resilience and sustainability. A new class of solutions is emerging that, with the right funding, can help address these deficiencies.

For example, the nation’s inland waterway infrastructure has not been updated since it was first built in the 1950s. As a result, 70 percent of the 90,580 dams in the U.S. will be over 50 years old by 2025, which is beyond the average lifespan of dams.

In addition, since the 1980s, weather-related power outages in the U.S. have become as much as 10 times more frequent.

Several European countries – such as Switzerland, Germany, Norway and Finland – are ahead of the U.S. in the FM Global Resilience Index, a data-driven indicator of a country’s ability to respond to and recover from disruptive events. Though these countries are exposed to natural hazards and cyber risks, their infrastructure’s stability and overall high standards allow them to effectively survive disruptive events.

The U.S. infrastructure was built according to high standards 50 years ago, but they are no longer enough to ensure protection from today’s extreme weather. Such weather events are becoming more frequent and more extreme. That has a severe impact on our infrastructure, as cascading failures through interdependent systems such as transportation, energy and water will ultimately adversely impact our economy and society.

Take 2016’s Hurricane Matthew, which was considered a 1,000-year flood event. The unexpectedly strong rainfalls broke records and caused damages equivalent to $15 billion. A better infrastructure that is modernized and well-maintained based on data-driven predictions of such events would have resulted in less impact and faster recovery, saving the society large damages and losses.

As the country’s infrastructure ages, extreme weather events have a greater impact. That means the recovery is slower and less efficient, making the U.S. less resilient than its counterparts.

In terms of sustainability practices designed to reduce impact on human health and the environment, the U.S. does not make it to the top 10, according to RobecoSAM, an investment specialist focused exclusively on sustainability investing.

Average CO₂ emissions per capita in the U.S. are double that of other industrialized countries and more than three times as high as those in France.

The infrastructure in most EU countries facilitates and encourages sustainable practices. For example, railroads are mostly dedicated to commuters, while the bulk of freight moves through waterways, which is considered the most cost-effective and fuel-efficient mode of transportation.

In the U.S., however, 76 percent of commuters drive their own cars, as railroads are mostly reserved for freight and public transit is not efficient compared to other countries. American cities do not show up in the top cities for internal transportation, as do cities such as Madrid, Hong Kong, Seoul and Vienna.

To promote sustainable practices, global initiatives such as the New Climate Economy and the Task Committee on Planning for Sustainable Infrastructure aim to guide governments and businesses toward sustainable decision-making, especially when planning new infrastructure.

Smart infrastructure as a solution

To address challenges of resilience and sustainability, future infrastructure systems will have to embrace cyber-physical technologies and data-driven approaches.

A smart city is a city that is efficient in providing services and managing assets using information and communication technology. For example, in Barcelona, a city park uses sensor technology to collect and transmit real-time data that can inform gardeners on plant needs.

While there is no official benchmark to grade countries in this aspect, a number of American cities, such as Houston and Seattle, are considered among the world’s “smartest” cities, according to economic and environmental factors.

In order to prioritize dam restoration, the dam safety engineering practice is moving toward a data-driven process that would rank the dams based on how important they are to the rest of the waterway system. And last year, the U.S. Department of Transportation issued a call to action to improve road safety by releasing a large database on road fatalities, which researchers can study to answer important questions.

Similarly, worldwide initiatives are seeking smart solutions that integrate communication and information technology to improve the resilience of cities such as 100 Resilient Cities and Smart Resilience.

It’s imperative that we pursue these types of new solutions, so U.S. infrastructure can better and more sustainably withstand future disruptions and deliver better quality of life to citizens, too. Perhaps, by addressing these needs, the U.S. can improve its score on its next report cards.

This is an updated version of an article originally published on July 28, 2017.