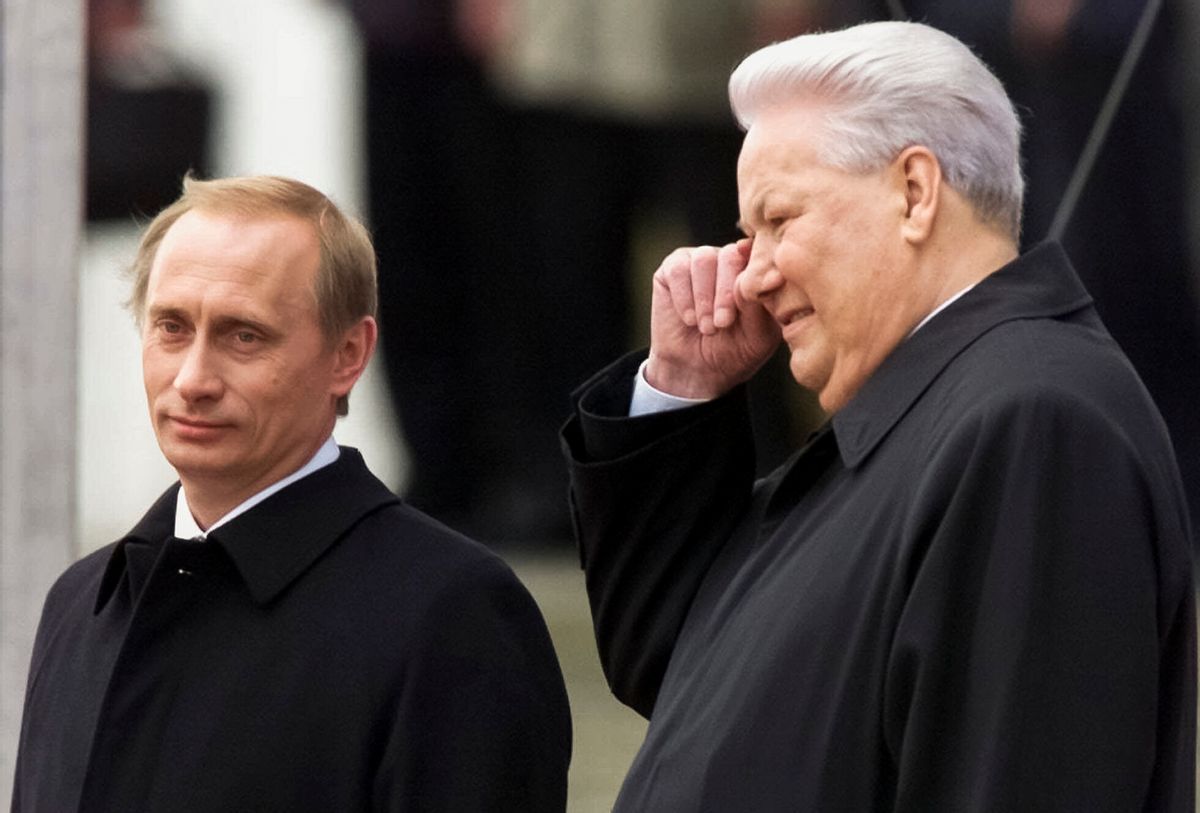 Could the new White House Chief of Staff, John Kelly, just promoted from Homeland Security Secretary and previously a general in the U.S. Marines eventually succeed Donald Trump as president?

It’s not as unlikely as it might seem at first glance, and it has a striking precedent — overseas.

It is a vaguely familiar story today: A laughingstock president, whose citizens (and observers around the world) were not quite sure whether he had become demented or was permanently affected by alcohol, governed aimlessly through his family members.

Later reports would suggest he may have been affected by overly strong prescribed medication or that he had a neurological disorder.

Whatever the cause of the President’s public stumbles, he had to be removed from power. I am speaking, of course, of the decline and fall — via constitutional process — of Boris Yeltsin, the first post-Soviet president of Russia.

Vladimir Putin, the man who replaced Yeltsin had started his career in national politics — after earlier serving as a Lieutenant Colonel in the intelligence services ‚ as a Deputy Head of the Presidential Administration (the Kremlin staff) only in March 1997. He quickly rose up through the chaos.

The first Russian President, Boris Yeltsin, broke the back of Soviet power in 1991 and gave his country a democratic constitution in 1993.

But within several years after getting the Constitution approved and facing down an armed revolt in the Russian parliament, Yeltsin had become a laughingstock, especially as his public deterioration became more visible.

Putin had effectively served previously one year in a mid-level role in the Administration in Moscow and before that worked in St. Petersburg politics. Yes, Vladimir Putin, became President of Russia in 1999 starting from a lower level post than Chief of Staff of the White House is in the United States.

On current indications, the U.S. President looks set to finish his career more ignominiously than his Russian forerunner, Boris Yeltsin. If Trump is impeached and forced from office, Chief of Staff and former General John Kelly has a similar constitutional path to power as Putin.

It would only require two things to happen first. Trump forces Vice President Pence to resign (or Pence is forced out by a scandal) and then Trump nominates Kelly as the new Vice President and he wins support by majority votes in the Congress.

If Trump were then forced from office, or were declared incompetent to serve — a maneuver that would be constitutionally initiated by the Vice President with the support of a cabinet majority — Kelly as Vice President would automatically become President.

The 25th Amendment to the U.S. Constitution, adopted only in 1967, would require a new Vice President to be approved by majority vote of both houses of Congress. Any vote for a successor Vice President to Pence would be politically overcharged because of the implications for succession to Trump.

The resignation of the Vice President would itself be seen by many as a harbinger of Trump’s inevitable and necessary downfall, as it was during the collapse of the Nixon-Agnew administration in the 1970s. Trump is already very close to where Yeltsin ended up for the last few years of his Presidency — an alarming joke at home and globally.

Between being appointed as Deputy Head of Yeltsin’s office and deputy prime minister, Putin was appointed in May 1998 as the head of national security intelligence, the Federal Security Service (FSB for its Russian name).

This is a rough equivalent of the FBI, but was the direct successor in domestic security to the notorious KGB. Putin stayed in this job until August 1999, when he was appointed as one of several First Deputy Prime Ministers and simultaneously appointed Acting Prime Minister.

By December 1999, Putin was Acting President, and won the election in March 2000.

Russia during the 1990s was not politically stable. There was open warfare between cliques in the Presidential Administration and among the oligarchs surrounding Yeltsin. Threats of violence and actual physical attacks were not uncommon.

Putin achieved his meteoric and completely unexpected rise from mid-level bureaucrat (albeit former KGB Lieutenant Colonel) to president in this unstable environment in just two years and six months.

While the circumstances remain murky, we could probably conclude that the final nomination of Putin as the successor was forced on the Yeltsin family. By that stage, it was the family that ran the Presidency to a large degree and Putin granted them immunity as part of his ascension to power.

Putin could not have become President without his post at the FSB where he had access to the “dirt files” on politicians and where he commanded meaningful coercive powers of the state in KGB style.

Kelly rising through the 25th Amendment to the U.S. Vice Presidency and then Presidency would differ in that it would not be murky at all nor would it be tainted by anything approaching the KGB legacy.

Still, the question that Americans need to ask now, before it is too late, whether Kelly as an internal security Trump loyalist, as Putin was to Yeltsin, is who they would actually want for President.

It would be wise to reject the assessment of the New York Times editorial of July 28 that Kelly “most likely does not see the White House job as a springboard” to higher office.

He may not, but given the quickening decline of Trump, Kelly may yet find himself higher up than he and most Americans currently imagine. It is time to find out more about this rising figure.

There are many politically popular aspects to Trump’s policy ideas of deporting illegal immigrants and banning travel by people from troubled regions of the world.

The Trump Administration has gone about that in the most inhuman and hate-inspiring way that it could have, short of actually putting illegals in concentration camps or declaring Islam to be an un-American activity.

From what little we know, John Kelly, as a Marine officer, built a track record that does not suggest a strong deviation — except in tone and execution — from Trump’s racist populism.

No possibility off the table

But who knows where Kelly stands. The reality is that we simply don’t know as much about Kelly’s political views now as we did about Putin on 31 December 1999 when he became Acting President.

By that time, Grozny’s civilian population had been bombarded by Russian forces and Russian security agencies had been implicated in attacks on Russian apartment buildings.

As in 1990s Russia, the United States is in a great period of shifting ground, where old norms are evaporating overnight and no political possibilities are off limits anymore. We would be wise to prepare for Kelly rising further.