Lana Wachowski is already writing the third season of "Sense8"

The two-hour season finale has already been confirmed, but will this new season come to life? 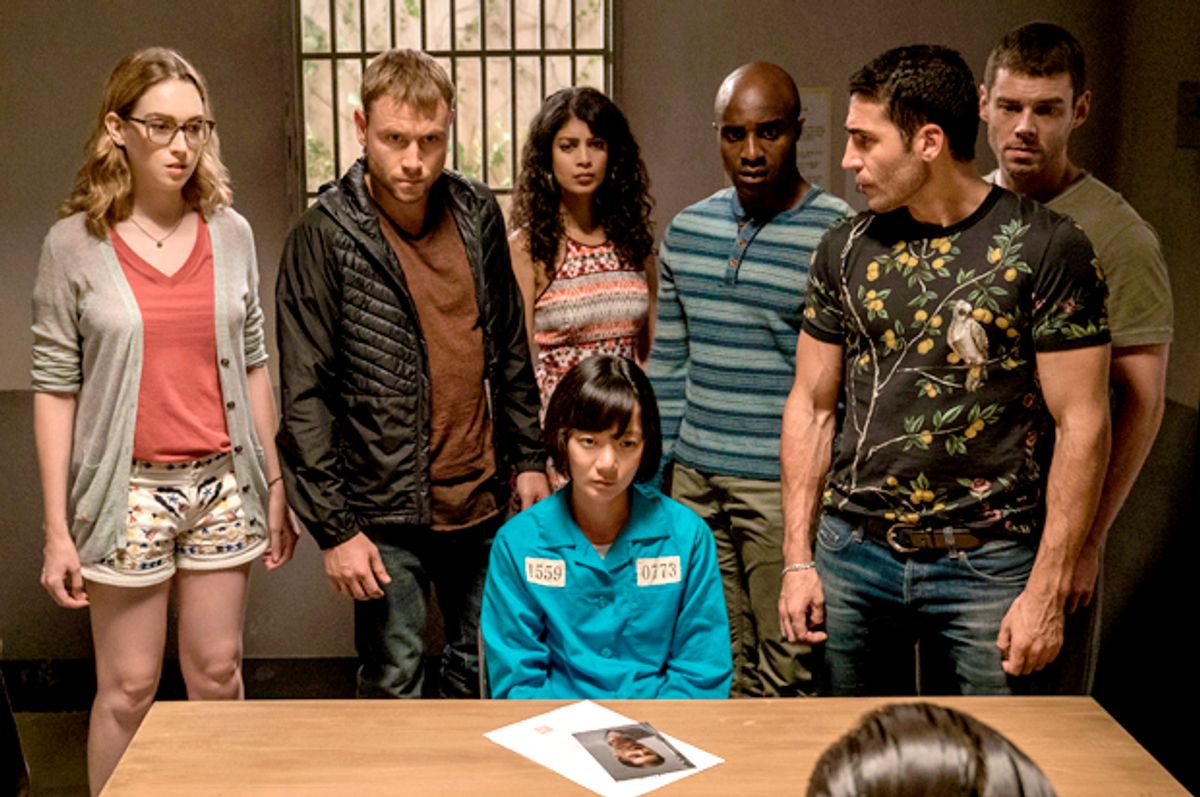 Just two months ago, Netflix announced that it was canceling the popular scifi series "Sense8." Fan response was loud and large enough that Netflix went ahead an commissioned a two-hour series finale for the show. Now, co-creator Lana Wachowski says she's writing a third season with or without a green light from the streaming service.

The (possibly) good news came via a Facebook Live interview with Wachowski and actors Brian J. Smith (Will Gorski), Toby Onwumere (Capheus "Van Damn" Onyango), and Max Riemelt (Wolfgang Bogdanow). They further confirmed upcoming production of a two-hour special coming next year that would conclude the season-two cliffhanger, but also that Wachowski wasn't stopping there. According to the producer, in the writing process for an entire new season.

In third person, Wachowski said, “She’s writing because she believes so much in the fans — that they’re going to go out and actually create so many more fans — Lana’s actually going ahead and writing the entire Season 3.”

Fans were outraged by the cancellation of "Sense8," and a petition circulated garnering over half a million signatures calling for its renewal. At first, Netflix refused to budge, noting the high cost of production.

"We’ve seen the petitions. We’ve read the messages," the Netflix statement read. "The reason we’ve taken so long to get back to you is because we’ve thought long and hard here at Netflix to try to make it work but unfortunately we can’t."

About a month later, when the two-hour wrap up was first announced, Wachowski penned an open letter to the fans who made it all possible. She admitted that after the initial cancellation, "I fell into a fairly serious depression."

“Here is a gift from the fans of this show that I will carry forever in my heart: while it is often true those decisions are irreversible, it is not always true." Wachowski wrote, “Improbably, unforeseeably, your love has brought Sense8 back to life. (I could kiss every single one of you!)”

As far as the show's future, "If this experience has taught me anything," Wachowski said. "You NEVER know."