The essentials: 11 steps states could take to rein in healthcare costs while building toward single-payer universal coverage 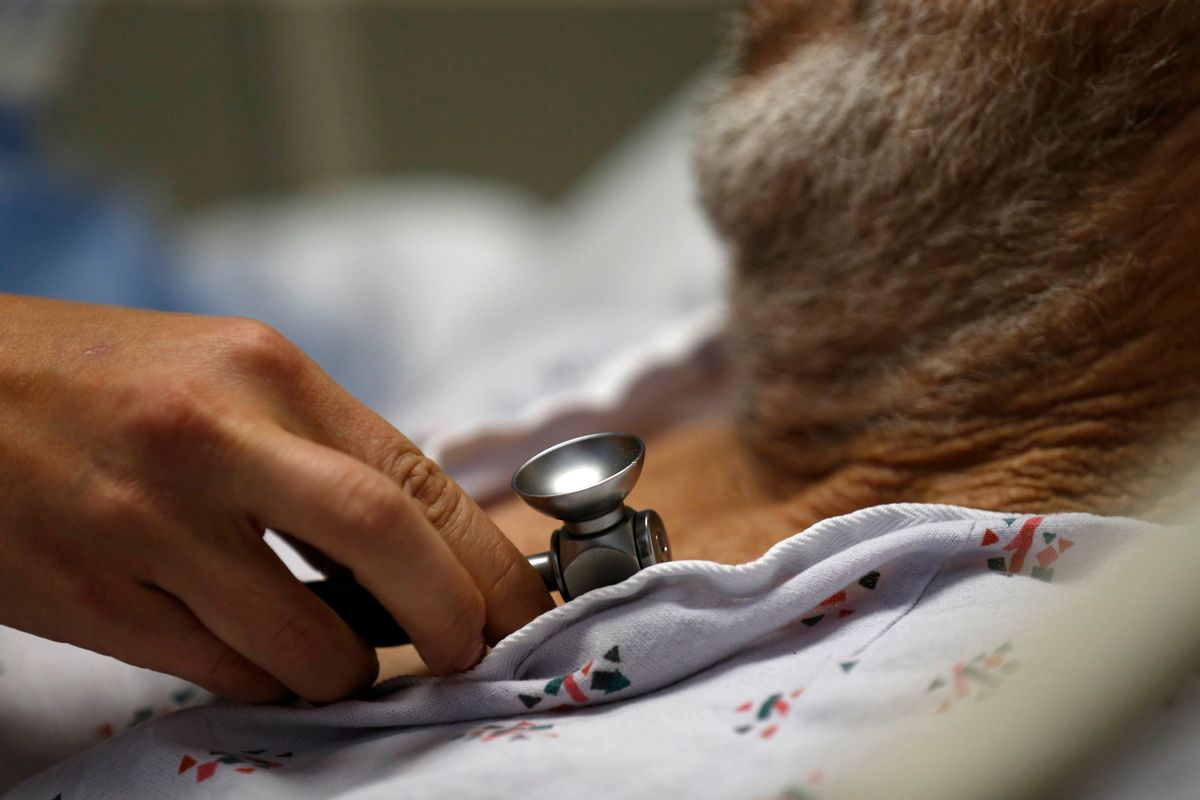 The bipartisan centrist approach now underway in the Senate’s health committee wants to quickly fortifyhealth insurers and all those relying on its payments. The center-left wants to expand Medicare, the nation’s single payer system for the elderly, as a building block toward universal coverage. And progressives, led by Bernie Sanders, are saying now is the time to enact a national single-payer system.

In the meantime, some analysts have begun to note the case for single-payer is missing some key ingredients. This is not touting its health, fiscal or societal benefits, as seen in many other countries. Rather, what’s missing is the fine printof how a U.S. system would be paid for, phased in, and whose jobs will be lost in such a transition.

“I’m happy with the growing interest but I am not yet hearing a program that would get us from here to there,” said Gerald Freidman, a University of Massachusetts Amherst economist who did the 2015 study suggesting how New York State could implement universal coverage, and this June gave Massachusetts lawmakers a detailed report on what it could do to cut costs and build toward single payer as Washington dithers.

“It is time for us to stop complaining about the current system and start explaining how we can do the transition and what would be involved financially!” he wrote in an email Friday. “In my experience, liberal politicians and policy makers know that single payer is better, but reject it as policy because they don’t believe that there is any viable path towards it in the context of our enormous health care sector with so many powerful interests profiting from the system’s waste.”

Friedman’s testimony to lawmakers in Massachusetts, the state that was the template for Obamacare, filled in blanks that were missing in the national debate today. He started with important frames that progressives should heed, and then went on to list 11 steps states or Congress could take to reduce the costs and move toward single-payer.

For example, we know Americans spend more money on health care than other nations. But we don’t have the healthiest population. Why? It is not only because our prices are too high, which they are due to greed-driven inflation and monopoly power across the industry. Americans actually use less health care and go to the doctor less frequently than people in other countries, Friedman explained, but end up economizing on the wrong things—hence our relatively lousy health. Meanwhile, private insurers don’t have the clout to bargain on cost with drug companies, hospitals and big medical groups.

“They are too small and too vulnerable to losing subscribers if they restrict access,” he testified, describing insurers’ efforts to control monopoly pricing. “It is easier for them to pass along higher costs. Only a single payer system can take on powerful monopolies.”

Indeed, absent in Washington’s healthcare debate is any push back on insurers’ need to raise premiums by 20 percent next year to counter the chaos caused by the GOP assault on Obamacare. The elephant in this living room is outsized profit made by the industry that many in both major parties unquestionably accept — when they should be regulated.

For example, a McKinsey Global Institute study has found our drug prices are 60 percent higher than other countries. We spend $25 billion more on medical devices due — which were taxed under Obamacare and the Senate still may yet repeal. Defensive medicine at hospitals, from an over-reliance on tests and procedures, adds another $700 billion.

“Our health care cost crisis is not due to overutilization, and it will not be helped by promoting more competition, because it is driven by administrative waste due to insurance industry to monopolistic pricing by providers (including drug companies) more powerful than any insurer,” Friedman testified. “The fastest increases in cost in the American health care system over the last decades have been in drug prices and administrative costs . . . [that] account for over two-thirds of the excess increase in our health care costs.”

This underscores why so many progressives have been saying that expanding Medicare is the best first step, as its administrative costs are the same as Canada’s nationwide system. Friedman’s testimony was predicated on making the case for Massachusetts to adopt a single-payer system, suggesting it could reduce its costs by almost 20 percent — and pay for everything by an 8 percent payroll tax, which is less than private insurance costs.

But that can only be done if government largely replaces the industry’s administrators.

“If we do not do single payer now, there are measures that we can take to reduce the waste in the current, competitive health care system,” he said, then listing 11 steps to start dismantling the medical billing complex, which are the legions of people working in doctors’ offices, hospitals and for insurers. They are:

“There may be enough here to make enemies of every interest group in the state: hospitals, pharmaceutical companies, physicians, health insurers,” Freidman testified. “When you make the next step to single payer then you will be taking on the most powerful financial interests in the world.”

In emails on Friday, Friedman said the lawmakers perked up when he started going through these steps. There’s no getting around the fact that transforming American health care means thousands of people start to lose their jobs.

“Some time ago, I realized that every time I talked about $600 billion in savings from single payer (or whatever the number), I was talking about $600 billion in lost income to someone,” he wrote. “Those who will lose in the transition are well aware, and likely, if anything, to exaggerate their losses. (Economists call this ‘loss aversion.’) We need to talk about this: who will lose jobs, which companies and industries will lose profits, or else, as I say above, our opponents will fill in the gaps.”

When asked who would be on the losing end of such as transition, Friedman was clear.

“These include, of course, those with bad jobs doing billing and insurance related work,” he said. “They include owners and management of insurance companies, drug companies and for-profit hospitals, as well as banks who profit from providing financial services to these companies. And they also include management of not-for-profit hospitals and insurance companies who have been piling up reserves to fund lavish salaries and benefit packages. They also include some unions who maintain their staff with the support of union benefit funds and health programs. Together, the opposition from all these groups is crucial to understanding the failure, thus far, of single-payer health reform.”

Friedman’s summation laid out exactly who stands between the status quo and a health care system that serves society in myriad better ways.

“The easy part is showing how single payer is better because the current system is wasteful and inequitable,” he said. “The hard work is in charting a path from here to there for a $3 trillion industry. That is the work that we have put off, and need to be doing.”