While the U.S. short-term focus is on North Korea — China is gaining influence in Asia 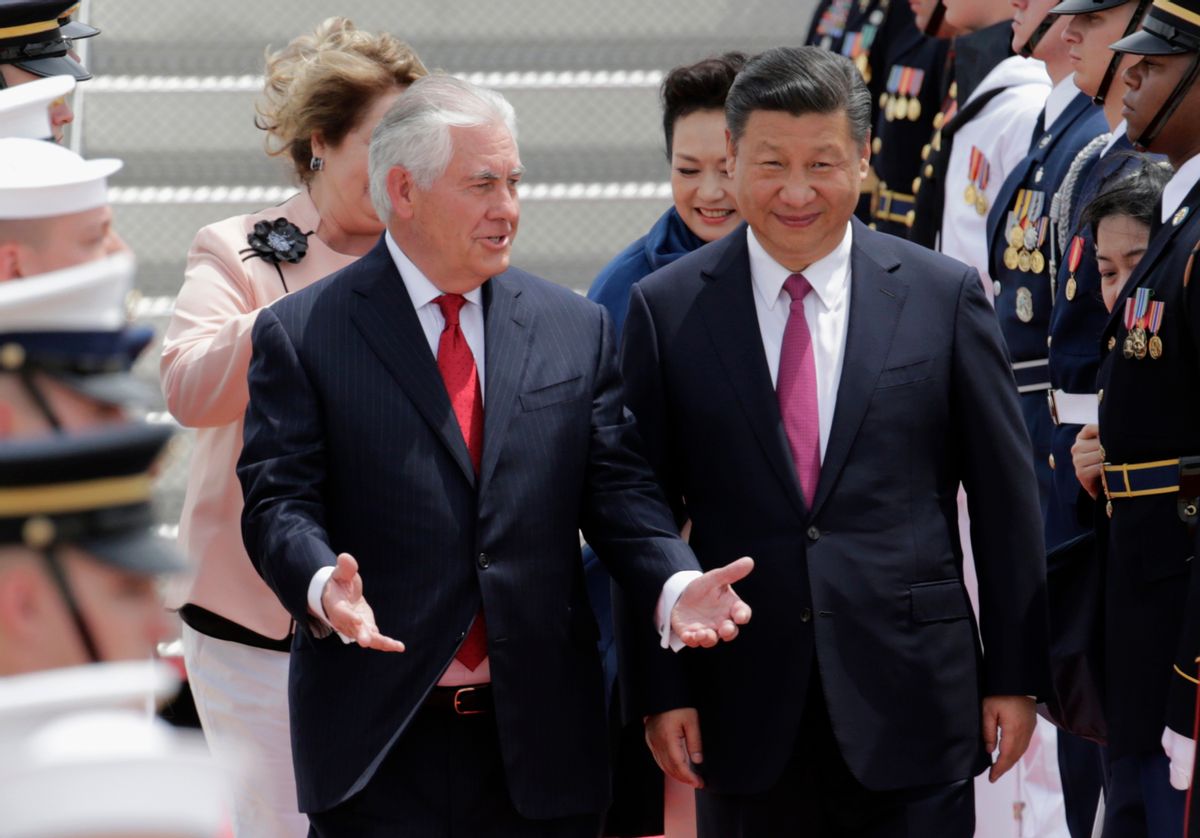 U.S. Secretary of State Rex Tillerson’s visit to Southeast Asia has exposed how the current obsession of the United States with North Korea is undermining more important long-term interests.

The only good thing one could say about the visit which took Tillerson to the Philippines — for ASEAN’s 50th anniversary — as well as Thailand and Malaysia was that his words were guarded and left plenty of room for re-interpretation.

The fundamental problem is that under the Trump administration, American narcissism, never far from the surface, has come to the fore. Thus, the possibility that a nuclear North Korea has a missile capable of reaching the continental United States is deemed an imminent threat and cause of a crisis.

The fact that South Korea and Japan have for years been living with the reality of being within easy reach of Pyongyang’s weapons is somehow dismissed as irrelevant, even though those countries have no deterrent capability of their own but must rely on the United States.

All that has changed is that North Korea has more fully learned the 1950s doctrine of mutual deterrence.

The Trump administration, instead of acting prudently, seems to have decided to go for the bait. It believes that a sanctions war against North Korea presents an easy and uncontroversial target.

It does not realize that going after “little” North Korea takes the national mind off more difficult issues such as Afghanistan and the South China Sea. But perhaps that is also an intended effect of zeroing in on North Korea.

The cost is likely to prove high. For a start, Washington threatening China with trade sanctions if it does not put sufficient pressure on Pyongyang undermines the United States’ case on very real trade issues it faces with China.

The Chinese are very skilled in playing the Americans. So they make all the right noises now, disapproving of North Korea’s path and joining new sanctions resolutions at the UN. In the short term, the Trump administration may proclaim that a diplomatic success.

But Beijing’s compliance is only superficial. It has no interest in squeezing a stubborn North Korea to the point of regime collapse, assuming that were even attainable.

Given the pain that the Kim regime over various generations has been able to inflict on its people in the name of nationalism and self-reliance, regime collapse at this stage is at least doubtful.

Much to the chagrin of the armchair “regime change” advocates in the Republican Party, the Secretary of State claimed that the U.S. government was not pursuing regime change, just an end to North Korea’s pursuit of nuclear missile capabilities.

Hence, if Pyongyang does pause in its missile tests, there is scope for talks — and China will claim some credit for that.

But Tillerson followed those remarks with a Southeast Asian visit where he continued to focus on North Korea. This was an astonishing, wasted effort.

ASEAN countries are not interested in the North Korean issue. They will sign a statement of concern, but know perfectly well that even if they did care, their voice would be irrelevant.

What the ASEAN countries do care about is their sea issues and the balance of relations with China and the United States.

It is almost as if North Korea is doing China’s bidding — by tempting an easily distracted Trump administration to go after the supposed “easy” target (North Korea) — and forgetting about the real strategic challenge (an expansive China).

At a time when the Philippines’ President Duterte has trashed his country’s earlier victory over China at the Court of Arbitration and is now contemplating a deal with China in which he would sell those sea rights, the focus on Pyongyang seemed doubly irrelevant to U.S. interests in Southeast Asia (population 600 million).

Against the backdrop of modern history, it was ironically only because the Vietnamese — rightly contemptuous of the venal politicians in Manila — that a slightly more critical statement about China’s behavior in the South China sea was issued at the ASEAN meeting than had been expected, or that the Philippines, as host, had wanted.

Tillerson continued with his mission against North Korea during visits to Bangkok and Kuala Lumpur, where he urged the cutting of trade and other ties with Pyongyang.

But at least he did pay a visit. That made up at least a fraction of the ground lost by the United States in the region since the elections of Trump and Duterte.

The US may find it distasteful to give face to the military junta in Thailand, and is all too aware of how deeply involved the Malaysian prime minister is in a huge financial scandal. But those are now looking minor matters compared with the inroads China and its money have been making into southeast Asia.

Likewise, misgivings in Washington (and Singapore) about Chinese money influence over the kleptocracy running Malaysia could not stand in the way of being polite to Prime Minister Najib.

Nonetheless, by focusing on what currently concerns the U.S. government rather than how the United States can actually help in southeast Asia, Tillerson reminded his hosts how short-sighted and troubling the “America First” attitude is for traditional allies such as Thailand and Malaysia, and newer ones like Vietnam.